This evening Priscilla, Khoa, my friend Jon and I did some night riding at the local trail, the Fullerton Loop.

Priscilla graciously took the photo for us. The three shown are from some sort of Asiany country. Jon and I are both Filipino, Khoa said he’s half Vietnamese and half black, the lower half…. 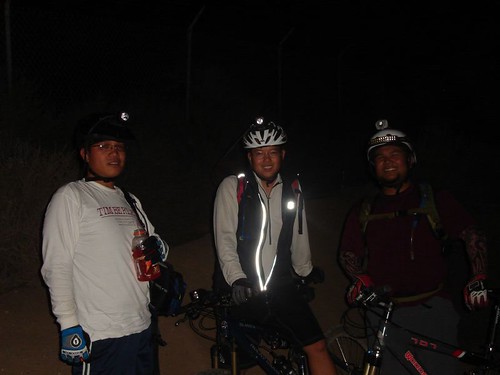 Khoa and Jon was rolling with some nice Night Rider lights. Khoa even let Priscilla borrow some halogen light he had. But I was sporting some cheapo lights that didn’t do anything other than make things that are 6″ in front of me brighter.

Here’s an action shot…I’m trailing behind everyone as Khoa and Priscilla lead the way. 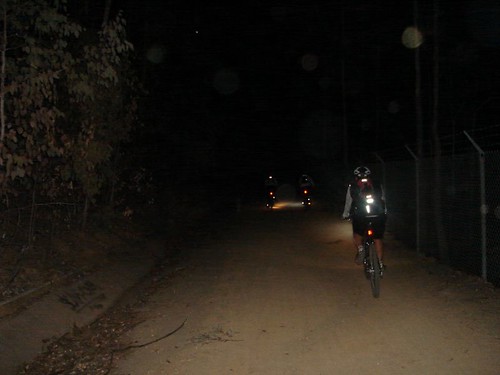 The highest point of the ride provides a nice view of the city below. Unfortunately I’m subjected to use a camera that sucks. 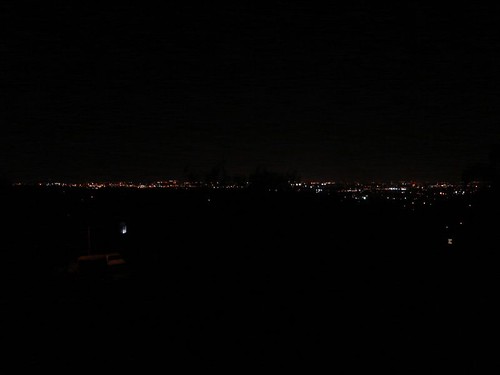 Anyhow we had a blast. Night riding is always fun because it can make any ho-hum trail super fun to ride.

How to tune/adjust a rear Shimano Derailleur