After the downpour Friday night I thoughtÂ our day would be cancelled. Luckily Jeremy called to drag my lazy self out of bed.Â  We arrived, half-asleep but I was eager to test any bike I could get my greedy little hands on.Â  Lots of bike companies were out, including Yeti, Turner, Foes, KHS, and Iron Horse. Quite the candy store of high-end bikes. 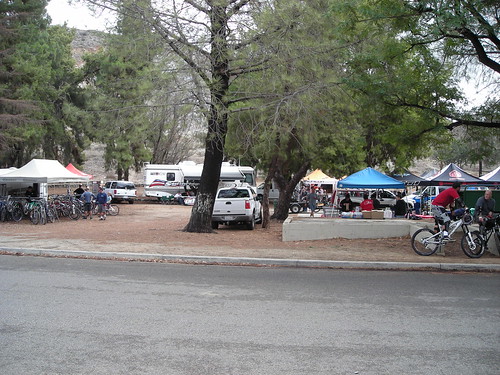 Jeremy stuck to the the 29ers; KHS’ Flagstaff and Turner’s Sultan.Â  Here’s Jeremy picking a line down the XC course with the Sultan. 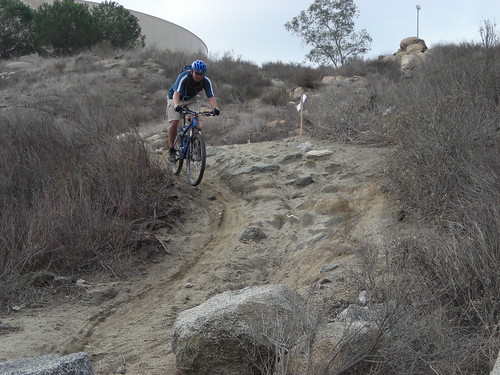 I got to ride the Flagstaff for a little bit. I’d never ridden a 29er before and I was pretty impressed with how easily the large wheels just roll over any obstacles. Like riding a Cadillac down the steeps. Very nice. I can see why Jeremy has a constant hankering for all things 29er! But enough with the 29ers already we got enough of themÂ from Interbike! Also Jeremy and I weren’t able to go to Interbike so this was our own little dirt demo…Fontucky style, and I decided to keep my demo 29er-free.Â Â

The first tough decision of the day was at the KHS booth. I remembered seeing the video of Vince(KHS bicycles) introducing the new XCT 555 so I grabbed one to test. Although I did see my mistress, the freeride/DH Lucky 7, I didn’t have shoes for flats or my protective gear so I stuck with the all-mountain/XC bikes.

This bike was a mystical black beauty so I took her picture in the shadows. Actually I’m at the shallow end of the photography skills pool…and drowning. Sorry for the bad pic. 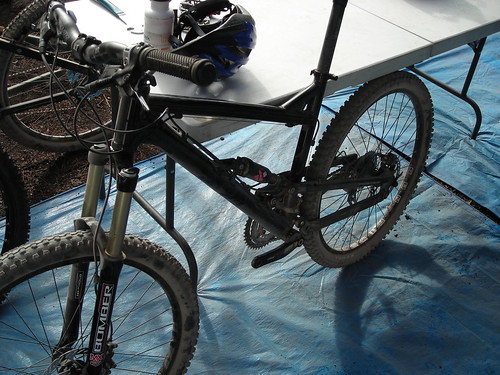 This is KHS’ new all-mountain offering. A light bike that had to be sub 30 pounds. As I was climbing I felt like I was riding a fully rigid bike. Honestly I though something was wrong with the setup. This thing climbed like amazinglyÂ but when the hill pointed down the suspension opened up and the rideÂ was buttery smooth. The suspension performed beautifully and I had a smile on my face the whole ride. This may be a bike we test out, if we can get our hands on it. MSRP is a ridiculous $1,999. I say ridiculous because I like it even better thanÂ the Turner Flux, a bike that costs easily twice as much.

I also have toÂ mention the Hayes Stroker brakes that were on the XCT 555. I had the lesser version without the adjustable lever reach but theyÂ performed unbelievably. One finger brakingÂ andÂ excellent modulation in a great looking setup.Â They made me realize how bad my brakes are on my own bike.

IÂ picked the medium Flux, which is a 4″ rear travelÂ endurance/XC raceÂ bike.Â The forkÂ was a Fox, XC race specific fork but I wasn’t sure of the exact model. Wow. This bike just felt fast. Low front controls for speedy climbing and a racy-light, low 20 pound weight.Â Â While it felt faster than the XCT 555 it wasn’t as fun on the downhills. Not surprising though as this bike is made for fast and long rides. But at about $1,700 for the frame alone? Ya, I’ll take the 555 thank you. Still, it was quite a treat riding such a fine tuned piece of machinery.

As you can see I had the Oregon Scientific camera hooked up but it was pointing too high and I forgot my helmet attachment so the video was entirely of blue sky. Pretty but boring. 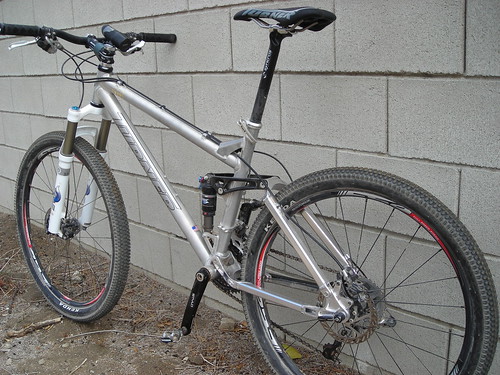 Here’s Jeremy suffering up the last part of a long climb on the KHS Flagstaff. 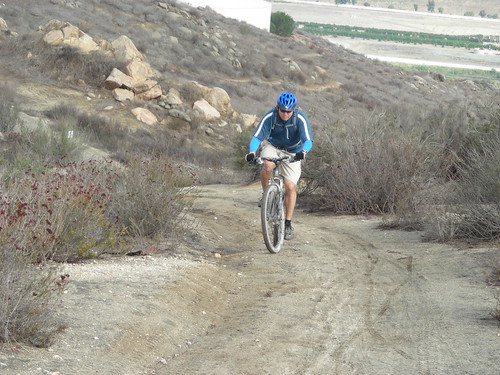 We both had a blast but were bummed we couldn’t stay longer. The course was the fastest I’ve seen it in years. The Winter Classic XC race in November should be fantastic. Also they had the 4X course all groomed and ready for stomping. This will be the main testing ground for the KHS DJ300 build and a smile crept across my face as I thought of how much fun it will be to put that bike through it’s paces here.

Demo day was so much fun. If you get a demo day near you I’d definitely check it out. The only problem I found wasÂ wanting to takeÂ the bikes home with me. I told my wife the whole event was like a strip club…plenty of leggy models around to tease you, but at the end of the day you’re going home the way you came…alone. Awww.