This year’s Interbike had some interesting items. By far my favorite was Hayes’ new line of Stroker brakes. Their previous offering of the El Camino really set them back a year or two with the various problems they had but the Stroker has really raised some eyebrows.  I had a chance to ride a pair of the lesser model, the Ryde, at the Southridge Demo Day on the KHS XCT555. 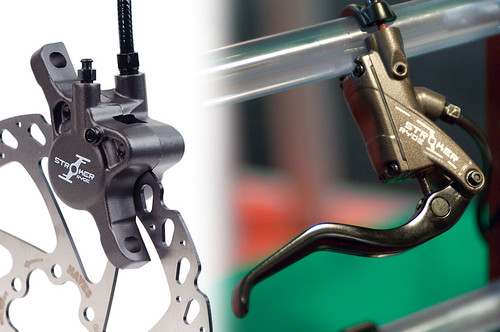 Apart from having excellent modulation and loads of stopping power they look extra trick this year and offer the Trail version in either a stealthy looking slate grey or the eye-catching white. I rode a bike with a pair of Avid Juicy 5s and they just didn’t compare with the Strokers. If you’re looking for a new pair of brakes I’d check ’em out. I may get some of these to replace my old Hayes Nine. 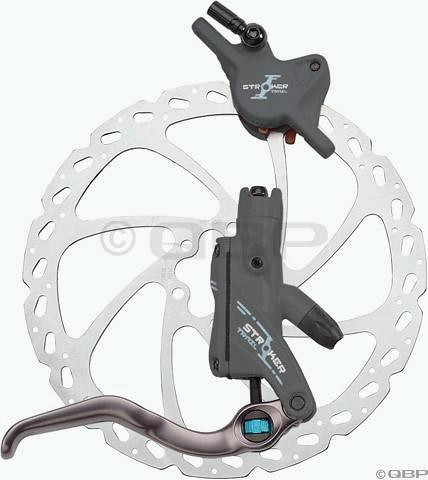 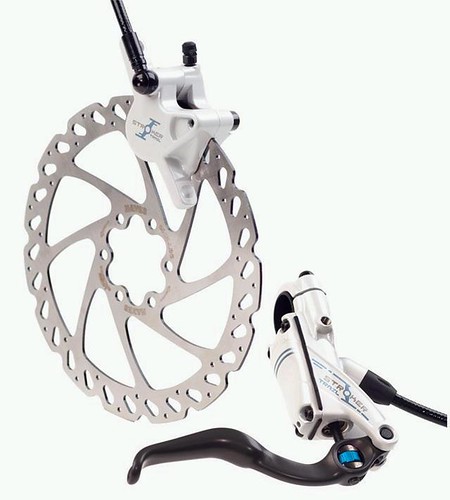 My other favorite from the show was from a small tire company called Geax. It seems like the bike industry has gotten to a point were higher quality components are commonplace and companies are having fun playing with colors, paint jobs, and designs. I’m a sucker for whit components so the new Geax tire really caught my eye. White bike parts just look so slick. 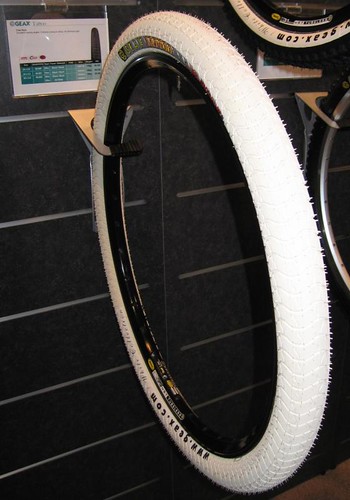 There’s only one dealer for Geax in the US so I’ll try to get a pair of these when they’re released in the upcoming year for a review. Geax offers their white tire in a couple of sizes including 2.2, 2.3 and a 2.5. I’ve emailed them but unfortunately they seem to be one of those companies that are lacking in support staff and I was told they will be available in early 2008 and that’s it. No word on how many of those sizes will be the all white version or how many will be just the white wall. I know Sweet Skinz is already playing around with different designs for tires but I’m partial to simpler colors.

It’s bike candy like this that keeps me interested in Interbike each year. Go ahead and chime in on what your favorite parts, bikes or gear were in case someone missed something cool from the show.