I was given an old rim by Jax Bicycles of Fullerton. Immediately I thought about making a coat hanger with it. So here are some basic steps.

This originally was a complete wheel. But I snapped off the spokes and saved a few of them for a later project. 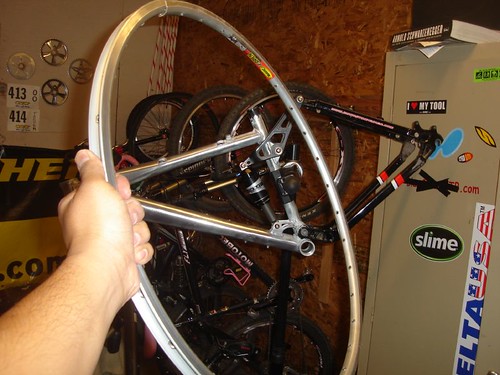 I took a regular plastic hanger and lined up the center where the hook would go to one of the nipple holes of the rim. Then I penciled in some lines to mark where I would be cutting the rim. 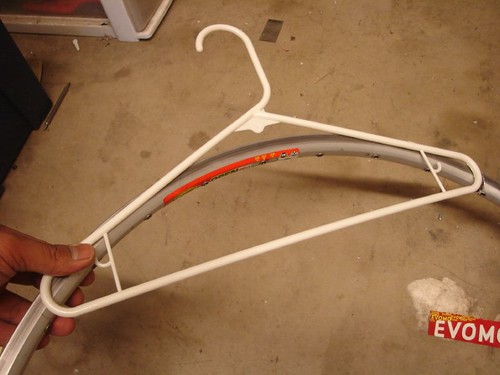 Once I marked it, I used a C-clamp to hold down the rim and began to saw away. I reckon if I had a Dremmel, this would have been done in 2 seconds, but because I’m P’oh, it took two minutes of sawing. 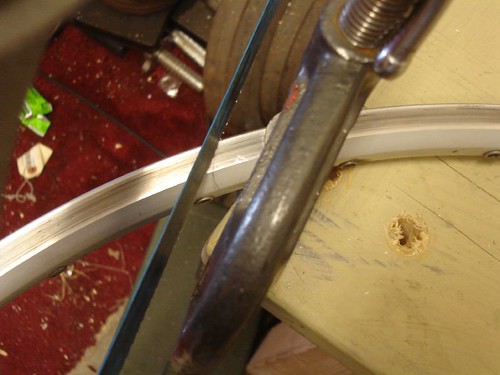 I then took one of the spokes with a nipple still attached, and fed it to the center spoke hole. 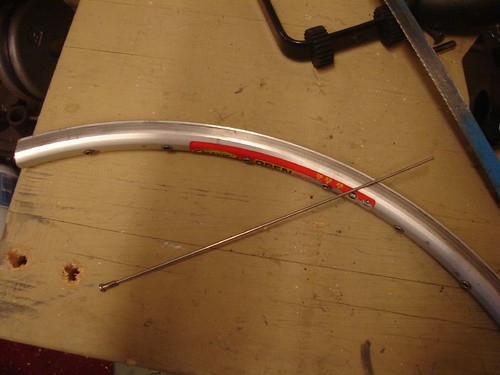 With the help of some pliers, I bent the spoke into a hook shape and then turned the end of the spoke up…so I don’t poke my self with it. 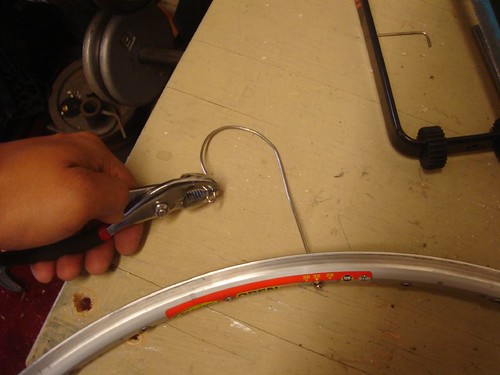 Once that’s all done, make sure you file down or sand the ends of the rim so you don’t tear any of your clothing that you’ll be hanging. Here’s the final product. 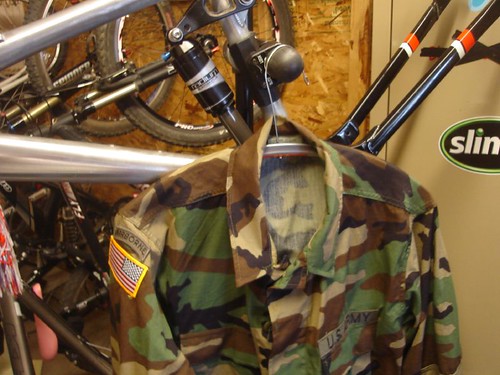 I think I’ll keep this one in my car, there are some days that I’ll bring a jacket or a shirt with me, but this is the best way to go…in cycling style! 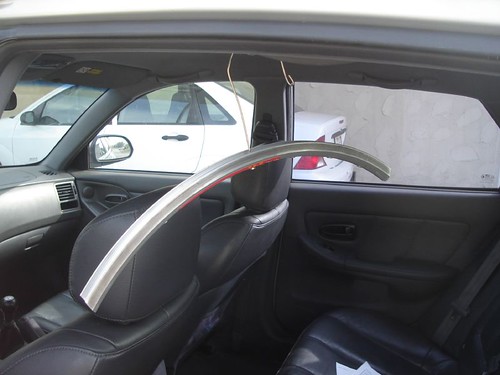 OT: I can’t stand this commercial!

Pre-Order Your Own MtnBikeRiders.com “BLING” Jersey