One day late here. Hope everyone had a fantastic holiday. Brrr…it’s been a cold month! Well yesterday I found myself tipping back the final holiday brew for December. It’s made by Sudwerk Brewery in Davis, California and is a double bock(doppel bock). Bocks are a bottom fermented brews that take extra time to ferment in order to smooth out the flavors. A double bock tends to have a higher alcohol content and is absolutely loaded with malts. Perhaps the most well known Bock, Michelob Amber Bock, some of you may have tried. Michelob’s bock is really just a sorry excuse for a real one. Call me a beer snob but the major producers add so many chemicals to their brews it’s hard to taste any of them. Thanks again Anheuser-Busch…bleh! So let’s stick our noses in the air and check out a true Doppel Bock. 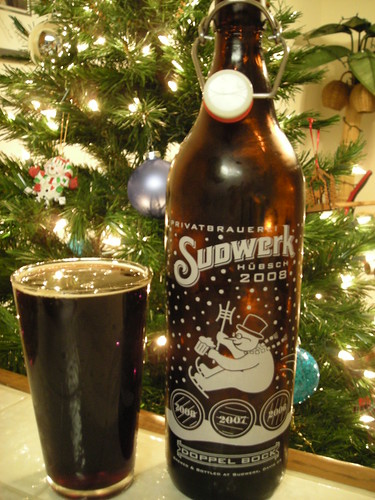 Liquid coal in a bottle

When you taste this one it will initially overload your mouth with a massive amount of malts. The consistency is surprisingly thin and watery but your stomach will argue otherwise. The roasted and deep roasted malt flavor is subtle but amazingly strong and will sit in your gut like a liquid anvil. I felt like I had eaten an extra meal after having one pint of this. You’ll want to try this after a not-so-large meal or just by itself. It’s a true malt monster. Also you’ll find yourself with a free holiday ornament. My wife asked to keep the bottle for our holiday decorations. What a versatile holiday drink! 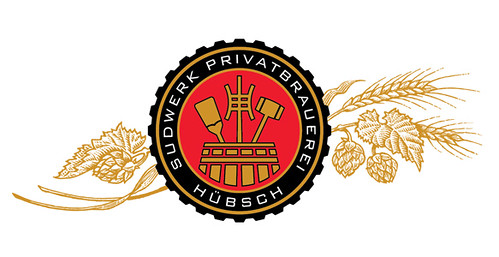 Well, this concludes the final Brews Day for 2007. This particular feature I’ve only been doing for a couple months but I’ve enjoyed every week and hope some of you learned a little bit more about what you’re drinking. As I stated when this feature began, this is all about spreading good beer knowledge and exploring brews from all over the world. I guess this all started because I always seem to grab a beer when I’m wrenching on my bike or after a ride. No I don’t slam 12 packs or drink till I puke, I just love a fine tasting brew like yourselves. I’ve enjoyed all the feedback from you constant readers and am already looking forward to where 2008 will take us. Have a joyful new year and Cheers to you all!!!