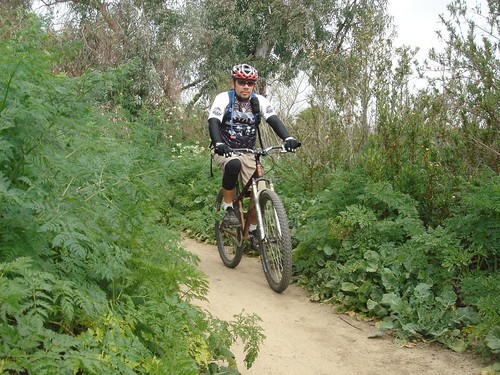 Originally myself, Moe and Lance were going to head out to Santiago Oaks to check out the demo bikes from Pivot Cycles. But it didn’t work out since Lance and I had to be somewhere by a certain time. So Moe and I decided to ride our favorite trail, the Fullerton Loop. We were both on our single speed bikes and fully prepared for hurling. I even ate a bit of food right before the ride so I don’t disappoint people just in case RALPH came calling.

First thing we saw on the trail was Priscilla’s nemesis…this sheep charged at her last summer…He’s lucky I wasn’t there, or things would have gotten really Baaaaad between us! Get it Baaaad…aye…nevermind that was weak… 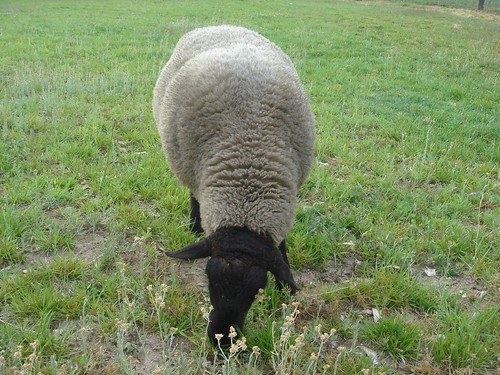 Fullerton is a great place to ride a single speed bike due to the slow rolling hills and quick steep climbs. What’s interesting is, Moe had asked me to see if I can clear a certain climb on our ride. I can normally get to the top without a problem with my SS, but Moe has had some difficulty with his SS on this particular hill. Sure enough we traded and keep in mind my SS is a 26er and his is a 29er. What was weird was, I couldn’t make it up the hill with his 29er at all! Dunno if it had something to do with the bigger wheels or what, but it was tough! 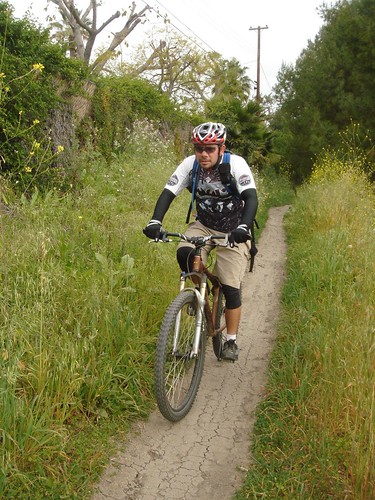 Since it was spring and stuff, I decided to wear my Velotees, Single Speed Shirt just so I could match the mustard plants on the trail. 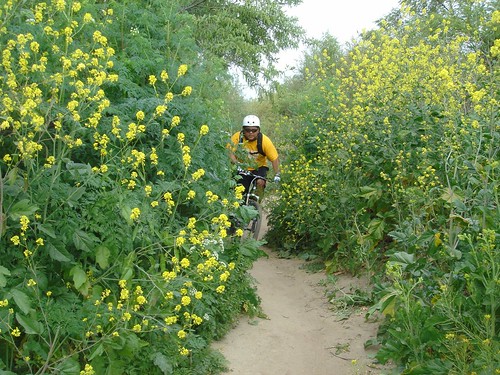 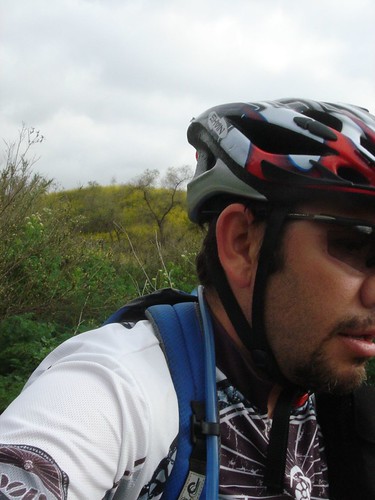 As we were making our way through the last part of the trail a few things caught our attention. I saw this ladder sitting right next to the trail. I wanted to try it but the thing wasn’t secure. 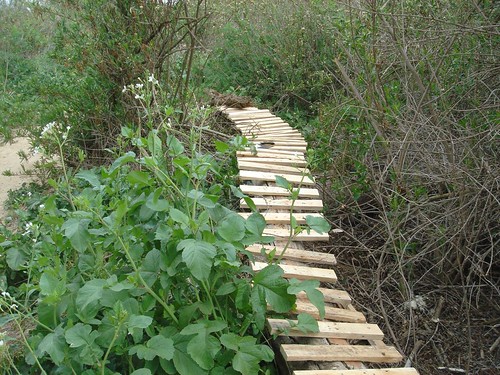 So then we ran into this big ramp! Now that is something I couldn’t resist… 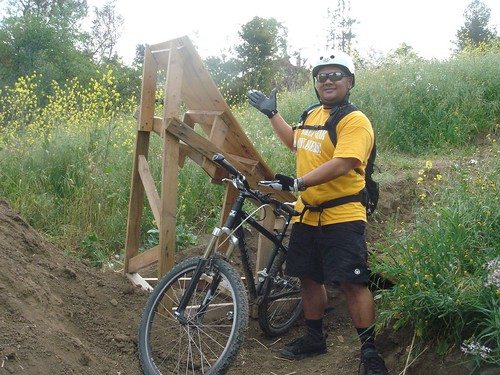 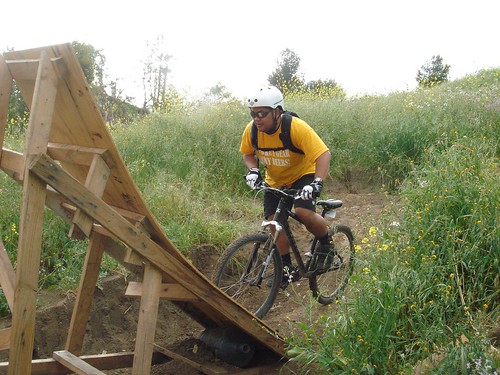 Once I got in the air, the landing came up VERY quickly! I managed to hit the transition just fine… 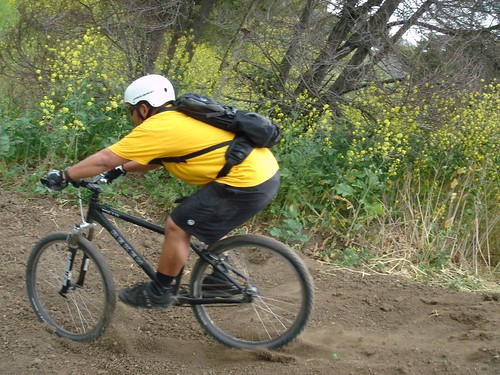 But quickly ate it due to the loose dirt. 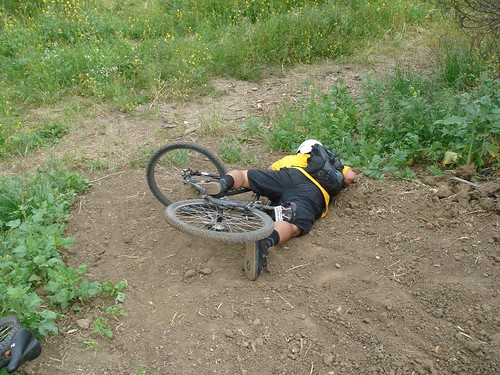 Overall Moe and I had a great time at the Loop. We were hoping to run into our buddy Vince Rodarte of KHS Bicycles at the trail when we got back since he said he was riding with his buddy. But the dude never showed, unless he was late. So after the ride, Moe and I capped off the morning with some breakfast at Roadside Cafe. I got me a breakfast burrito and Moe got a breakfast burrito, french toast, hashbrowns, eggs, bacon and coffee…dang for a guy that’s “watching” his figure, he sure can eat a lot!

Oh by the way, that big jump was totally staged…but it looked real, eh?!

Victims of our Own Success

7 thoughts on “Ride Report: RL and Moe at the Famous Fullerton Loop”