Fullerton Ca.-Moe Ramirez and RL Policar,have bought back MtnBikeRiders.com and BikeCommuters.com from Evomo Clothing. After getting numerous phone calls and emails, the duo had decided to call for an emergency meeting at Hometown Buffet with former staff to discuss and resolve their differences. 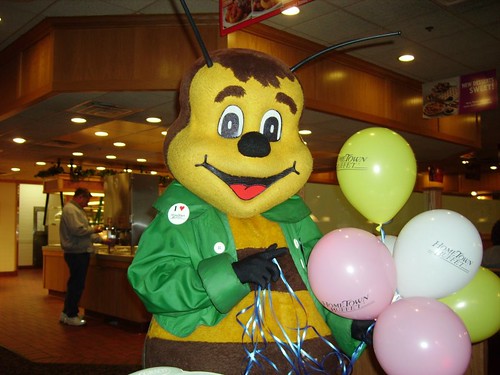 Policar stated right before he put in a spoonful of Apple Crisp and Ice Cream into his mouth…”The temporary tattoos washed off, the food at Hometown Buffet gave me the runs and I had to sit back and think…was this sale worth it?” Once Policar and Ramirez gathered the former staff of the sites (Jack Sweeney on speaker phone), the two had began to apologize for how they had treated the staff and broke into tears as they ate turkey legs and mashed potatoes. Ramirez, was crying, eating and speaking at the same time had said,”I missed you all, I’m sorry, I don’t even like Hummers…well I do, but not the H2…(blubbering)”

As Policar shoveled food into his mouth, he began his personal apology to each one of the staff,”First I want to say I’m sorry to my boo…Jeremy. I should have told you about the sale, Priscilla, my wife, you mean so much to me and that chorizo was nasty…let’s just leave it at that!”

By the end of the meal, all staff members had all began to tear up. Then immediately they had a big group hug, even passing restaurant patron were suddenly grabbed into the group hug. Russ Roca was seen hugging complete strangers, Khoa Nguyen started getting phone numbers from the waitresses and female patrons. Even Jack Sweeney, who had been on speaker phone the whole time was heard crying and said that he loved all of the staff.

Once the hug fest had ended, Policar and Ramirez rallied the staff to help them earn some money to buy back the sites. Evomo agreed to sell it back to Moe and RL, but at a higher price. So that lead the team to get out their buckets, hoses, and sponges. They did what anyone needed to do to earn money, they had a car wash at the Del Taco Parking lot in Placentia Ca. on Yorba Linda Blvd and Placentia Ave. Within a few hours, the group had raised enough money to buy back the sites. But there was one thing that Evomo Excecutives, Bryan Thombs and Sedrik Vomir had requested that the group had failed to deliver.

The group washing a car. 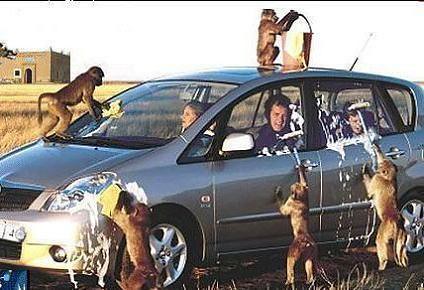 But Policar stepped up and provided Evomo what they had demanded. Policar was told by Evomo Clothing to take his shirt off (which was provided by Evomo Clothing) to dance while pushing his chest together and say…
“My milkshake brings all the boys to the yard,
And their like
It’s better than yours,
Damn right it’s better than yours,
I can teach you,
But I have to charge…”

Once Policar had completed the required dance, Evomo gave their blessings and signed the release of the sites to give the ownership back to Moe Ramirez and RL Policar.

As for now, the cycling duo, Moe Ramirez and RL Policar are back behind the reigns on their very popular cycling sites. They are now banning any of the readers that had showed interest in taking over the blogs due to the sale.

We certainly hope you had enjoyed our April Fools Joke! Thanks again to all the staff, and of course, our friends at Evomo Clothing…which by the way have to be the coolest people on earth!

THE BEST ARMOR IN THE FREE WORLD: LONG TERM TEST

3 thoughts on “Moe and RL have bought back MtnBikeRiders and BikeCommuters.com”