During our first day at Sea Otter Classic, the three of us had a chance to ride Spot Brand Bikes’ belt driven 29er single speed bikes. 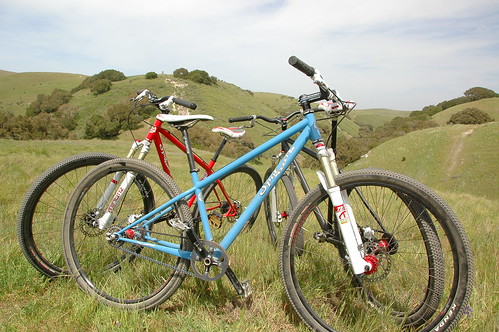 We rode the bikes through the demo trail, about a 4-5 mile course that included some fast descents and steep climb as well as some super sweet single track. 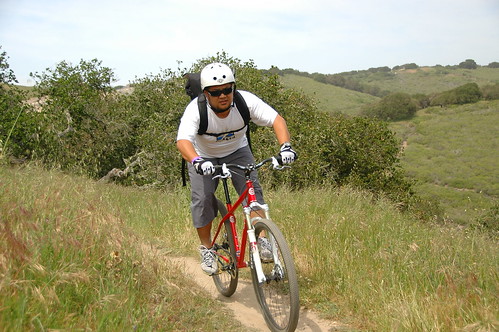 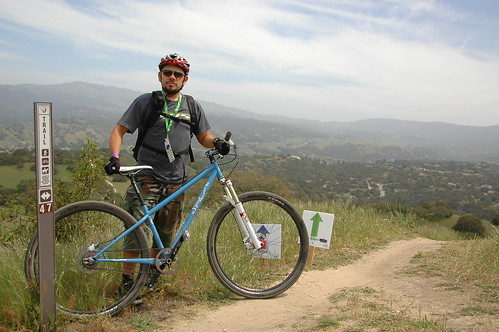 This is a portion of the trail where we rode the bikes. Laguna Seca has some of the prettiest trails around. 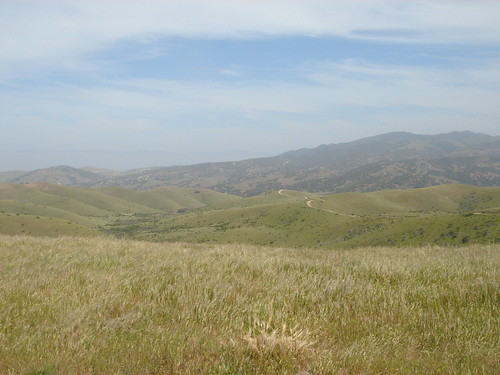 So here’s a few thoughts about the belt drive 29er…for one the bike was a sweet ride. The Manitou Minute 29er fork was superb! Moe and Jeremy complained that they didn’t like the fork too much, but I’m guessing that their bikes weren’t set up properly for them. By chance my bike dialed in just right.

One of the things I wanted to see was the feel of the belt drive. My first concern was the belt would stretch or slip. But to my surprise the bike’s drive train performed like a normal drive train. At one point I had forgotten about the belt. During the climb I had the opportunity to mash on the pedals. This was my chance to see if I could break something or at least make it slip. Again, the drive train performed flawlessly.

Jeremy and Moe…we all walked the bikes at one point. 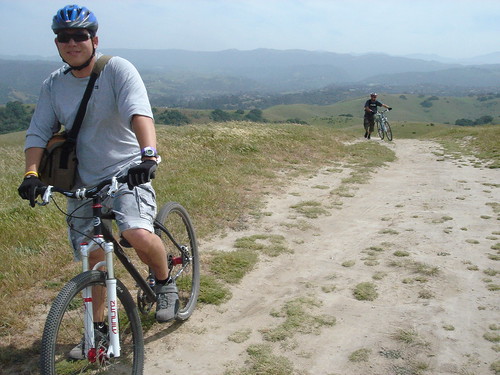 Back to the bike. I was honestly impressed with the whole bike. There was nothing bad I could say about my experience with the Spot Brand Belt Driven 29er. Overall it was a sweet bike. So the question is, would I get one or would I recommend it? Well for one, I wouldn’t get one just because of the price of the bike…around $1800. That’s quite a bit of money for a single speed 29er. Now if someone were to ask me if I could recommend the bike, my answer would be yes. If you’re looking for something totally different (belt drive)…something that no one really has, then the Spot Brand Bike 29er would be perfect for you. But for this p’oh boy, I’d have to pass on it. I’d personally save some of that money and get a decent KHS solo one or Redline Monocog.