MtnBikeRiders.com set up a last minute ride at the Fullerton Loop. Priscilla, Moe, I as well as our friend Anthony decided to get a quick ride in for Father’s Day Weekend. I normally send out a weekly ride invite and one fella said that he’ll try to make it. Well what do you know, the dude actually got up early enough and made it…Vince Rodarte of KHS Bicycles. That’s right, my weight loss nemesis and friend, was able to join our ride today. It’s not all too often he gets to come along, so this was a definite treat for us. 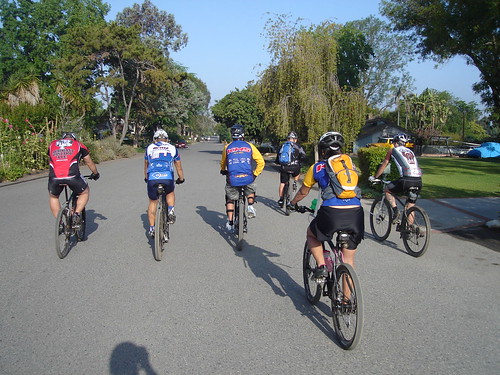 Shown in order, Ryan, Lance, Moe, Priscilla, Anthony and some random stranger on the right side. 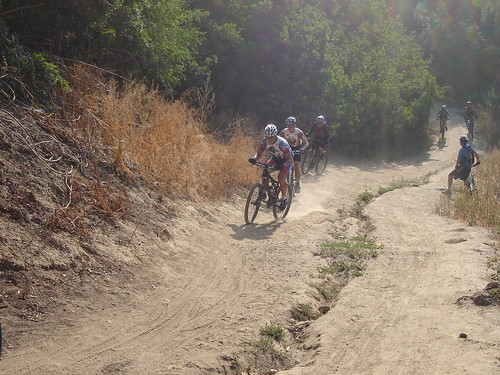 Vince rode his old skool KHS Single Speed. This machine was actually the motivation for my Sette Reken single speed build project (right behind the KHS). What made today a unique ride was the fact that 3 of us, Vince, Moe and I, were all riding single. Another thing that made this day a bit more sweet was the amount of KHS Bikes we had on the ride. Moe had his Solo One, Anthony was riding the AM2000 that we built, Vince was on his KHS, and well…me, I had a KHS fork, that should count! 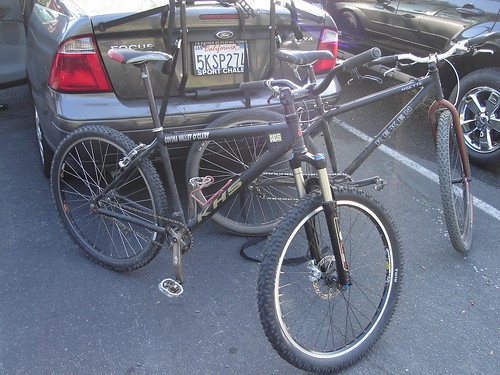 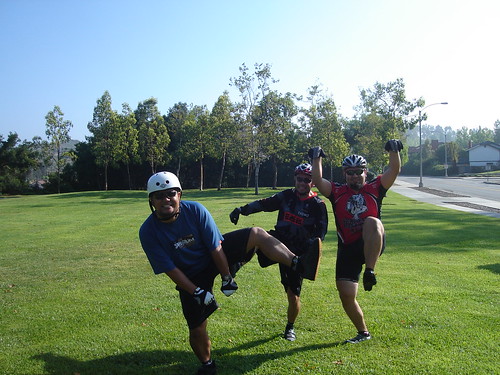 We’re always trying to have fun when we ride. As always, I try to document our adventures…enjoy the video!