MtnBikeRiders.com and a few friends rode Bonelli Park. in San Dimas Ca. If you remember, this was the race where Priscilla, Jeremy, and Joe Solancho all placed on the podium. It’s a pretty short, but brutal course with steep climbs and fast descents. This time around we rode the trail backwards. Keep in mind that on Saturday the temperature rose into the 90’s. We had an earlier start to try and beat the heat, but it was out of vain. Half way through the ride, we were all feeling the effects of the hot sun.

Personally I was miserable. I had a mild case of heat exhaustion by the end of the ride. Ya, I had all the known symptoms such as nausea, dizziness, muscle weakness and a killer headache…

Here’s one of our re-grouping spots. We tried to get under the shade every chance we got, but Bonelli doesn’t offer much coverage.

Thanks to Joe Solancho for the great photos. 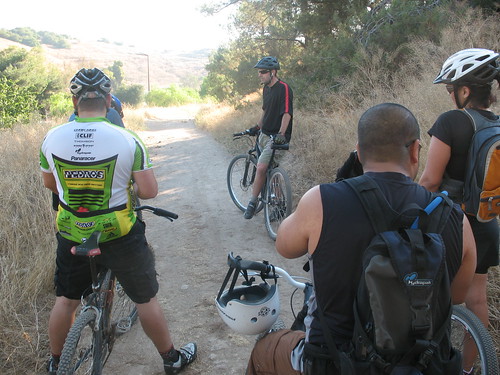 A shot of me climbing one of many hills…this was the point where I first dry heaved. There were more to follow… 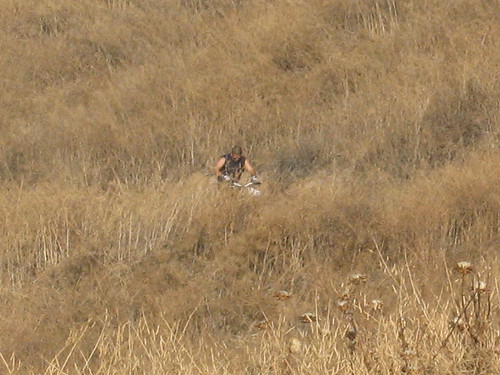 We had two mechanicals that morning, one was Jeremy getting a pinch flat, and another where Priscilla got a thorn in her tire. 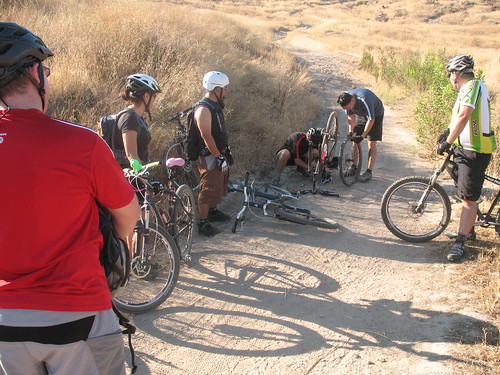 Here’s Jeremy aka “Mr.Rigid” (known for his bike and its a nick name his wife has for him) happily climbing. Tim S. isn’t far behind while Randall and I are walking, what we like to take our time. Besides, we were the “sweepers” of the ride. 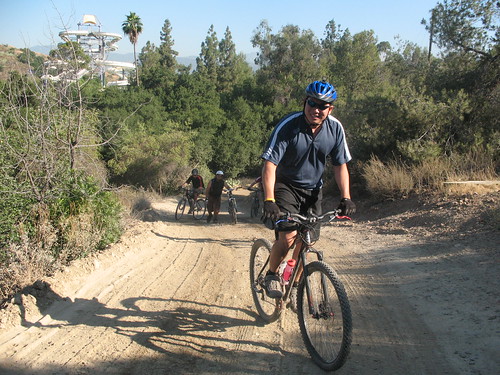 Priscilla was back in her game that day. She did some sort of cleanse where it left her really messed up at last week’s ride. But this weekend, she was back in her groove and was able to keep up with the boys and out climb most of us…including me up the hills. 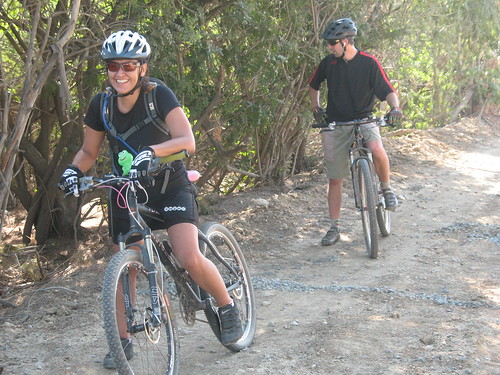 As always, I created a short video to document our adventures, enjoy!