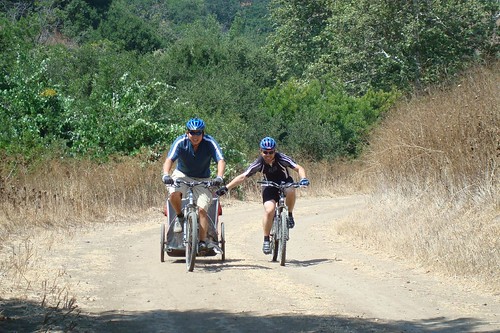 This past weekend’s ride found a small group of us, Ryan, Khoa, Ivan, me and my boys, at Chino Hills State Park for a slow & easy ride. Slow and easy because I was bringing my boys along in a trailer. 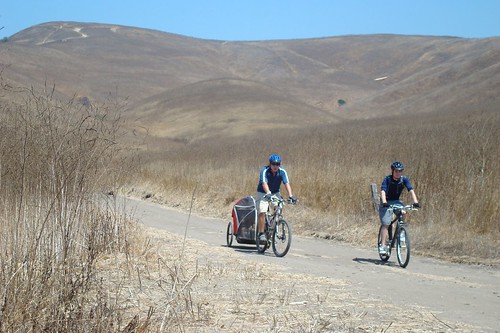 Ryan & I cruising on the slow/easy ride

This was the first time I’ve taken my boys on the trail via trailer. Actually its the first time they’ve ever been “mountain” biking with me. During the breaks, the older one especially liked getting out and looking at the mountains (more like hills). He also enjoyed finding sticks and shoving them down animal holes. This was carefully supervised by Ivan lest a pissed off snake emerged ready to strike. My younger son was interested in shoving stuff in his mouth and copying his older brother. Yeah, he’s still at that stage. 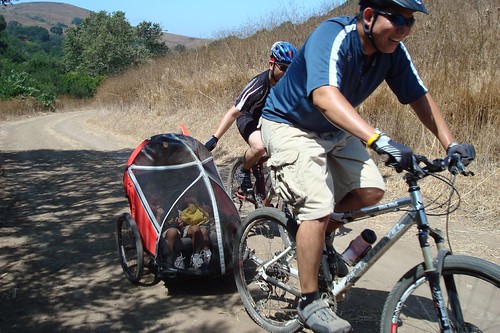 Ivan teaching the kids about teamwork

The boys half liked and half didn’t like riding in the trailer. It didn’t help that the trail was a bit sandy and dusty. Also, the return part of the out-and-back trail can get rather fast. And the faster we went, the more bumpy it got. After a few protests, I learned that I wouldn’t be able to rail the trail back. For their sake, I’d have to slow things down and take everything at a more moderate pace. Thankfully the boys made it out in one piece or the wifey would not have liked it one bit. 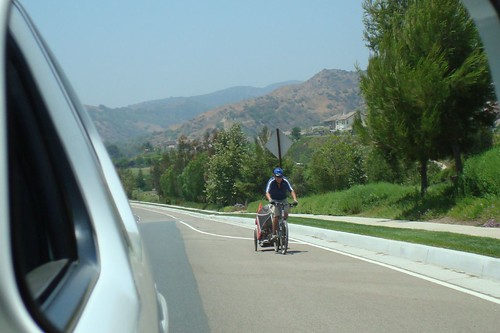 Did I mention I rode to the trailhead? 4 miles each way… some climbing both ways. Khoa, being lazy, drove his truck.

5 Replies to “Towing the Kids”