From “THE ANIMAL” Eric Hunner… 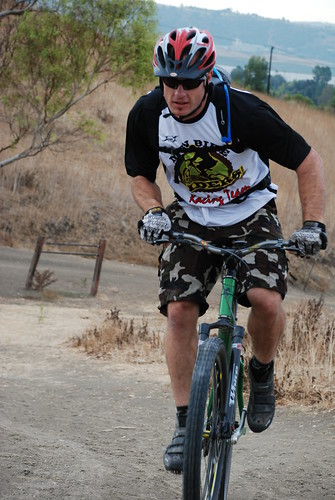 Race day I was up really early as usual checking the weather, light rain. Rain was a good thing, we rode MT. SAC the day before and it was dry and dusty, transitioning into cracked dirt and rock hard singletrack. Mix the two together with a little rain and we some nice dirt to race on.

I owe a Big Thanks to Ergon USA, this was my first competitive event that I used Ergon Grips. This also happens to be the first race where I did not focus on my hands going to sleep. In the past I have had to slow down after a rough downhill section due to the fact I could not feel my hands on the grips during a race.

This was not the case during my Race at MT. SAC. I had received the grips the day before the race. Installing the grips is simple and straight forward, very little tweaking needed. I put 15 miles on the new grips before the race, I was already hooked. The adjustable Bar Ends built into the end of the grips are Awesome. The Bar Ends provided multiple hand placements, which was needed for the MT. SAC race because on the course there really isn’t a place to rest.

MT. SAC has a little bit of everything dry pavement, muddy pavement, lots of hill climbs, single track, slippery grass transitions, hike a bike, tunnel crossing, gravel, and a farm crossing. Having the new Ergon grips made the difference for my race; I could concentrate on the race and not tend to my hands. At the start line I had my toughest competitor Mark Mumea next to me and he had the same Ergon grips I had. I asked Mark if he liked the grips? I believe he said, “They are great”. He kept it short as the race was about to start. 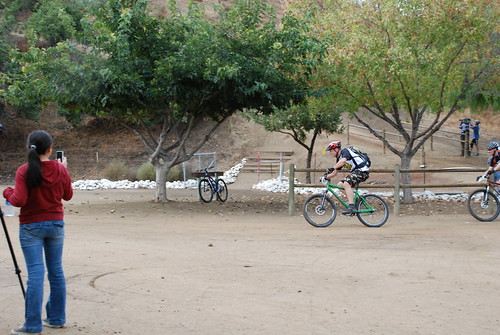 The race started and I had a nice start. I stayed on the left side of the start line so I would not get bumped by the multi-speeders running hard to the first turn. It worked No accidents at the start. I lost
sight of Mark at the first bottleneck I had another Single Speeder in my group one of Mark’s teammates Rod Leueque. Rod and I were going back and forth the first two laps. On the first mile of the last lap Rod threw his chain on some rough single track. Rod recovered and still put up a good fight, but I didn’t let him catch me this time. From that point on I was going like mad. I made it to the podium in 5th place. 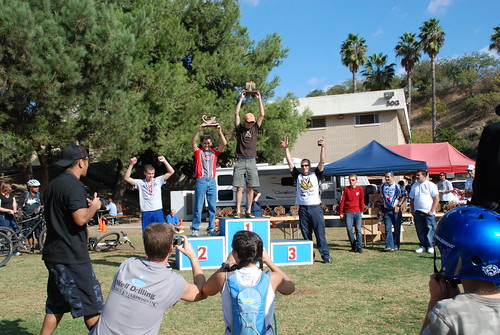 I owe another Big Thank You to our Team for all the suport and the great food, Evomo, Hoss, & Ergon. 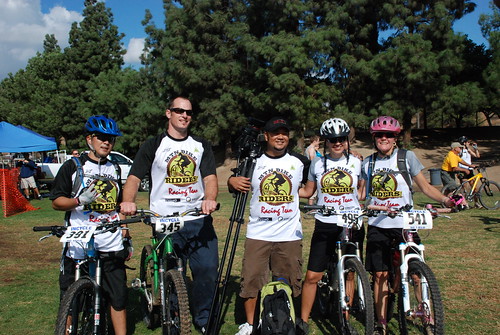 Cycling Weekend at the Muckenthaler