RL Policar-The Animal has been a great asset to the team and continues to deliver great results in each race. Read his report below and enjoy his race experience for yourself.

I had a great day to say the least. I arrived early in the morning at Southridge to get settled in, I got myself registered for the 34 & under Single Speed class, started the fire in the old school portable Coleman fire pit, ate a tasty ham sandwich for breakfast, followed up by some Sportlegs and Gatorade one Power Bar. 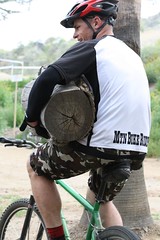 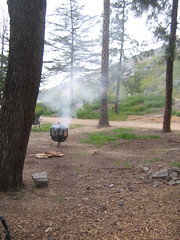 I started off on my pre-ride with very little pressure, I was on time to the event, my bike was dialed in from the Pow Wow event two weeks prior, the dirt and sweat still on the bike from that 44 mile event, I didn’t want to disturb the bike it was working just fine, and the course was in perfect condition for racing all the new sections had settled in. On my preride of the course I stopped and put down two Hammer Gels-Apple Cinnamon best flavor if you like sweets, and one banana.

On the back stretch of the preride which is mostly flat, I practiced my one leg high speed cadence pedaling, and the switch over to the other leg that was resting while other one was working. Single speeds don’t have to be slow on the flats just start pedaling like a crazy person. In my case sprinting with two heavy legs at 150 cadence on 32×20 gearing with 26″ wheels doesn’t make sense to be spinning all the excess weight, give a leg a break and let one do the work. You may be thinking how did I come up with this, in the past I have had many crank arm failures, even snapping a crank arm off six miles from the truck. The bike still rolled, so why walk? Pedal what you can with one leg I thought. I threw the broken arm in my bag and gave it a shot, it worked. Now years later I am using my one leg pedaling to keep up with or pass other racers with or without gears in the flats, during the race I was pedaling up to 21 mph on 32×20 gearing with the cadence as high as 165. 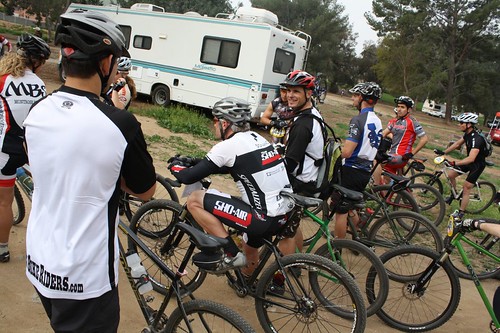 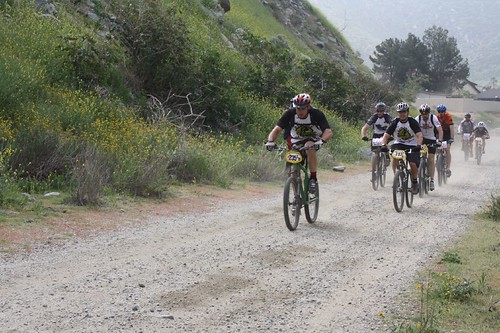 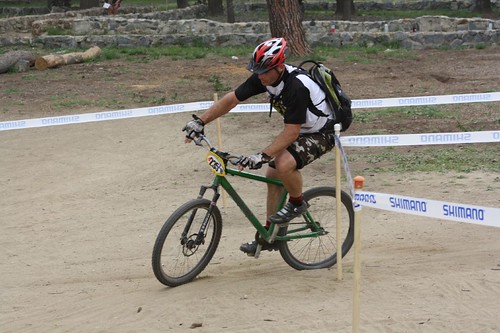 Let me get to the race, we had a large turn out for the SS class this final round at the SRC Winter Series, all the usual suspects were here in attendance David Sanderson, Adam Spik, Rod Leveque, and myself all battling for the overall Shimano Winter Series points for SS 34& under X-Country. We started the race and I surprised myself being able to hold on to fourth position out of the thirteen SS racers with gearing choice. I put my head down and started grinding away at the water tower hill, I kept hearing “Go get’em Mike”. Mike was in the 35 & up SS class, he set a good pace he pulled away at top of the hill putting me in fifth position. I didn’t want to lose any more positions so I kept up the pace with Mike Brauns, we went back and fourth all race. On the second lap riding into the aid station RL tells me I am in the lead position [in my class] and to keep it up. RL then runs up the hill and noticed I was sprinting with one foot, he asks me if I was OK, “I am doing just fine”. I had not showed RL my trick yet. Later on the second lap, out in the back section Mike says, “You are killing me, I am trying to stay up with you” I replied about my gearing being 32×20 he said,” I am running that too” I said on 26″ wheels. Mike then said,”I am on a 29er, you must be spinning like crazy”. 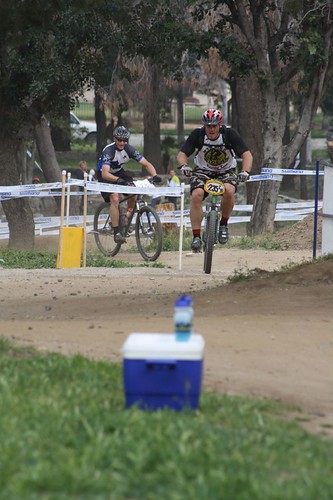 Mike Brauns & I at the finish 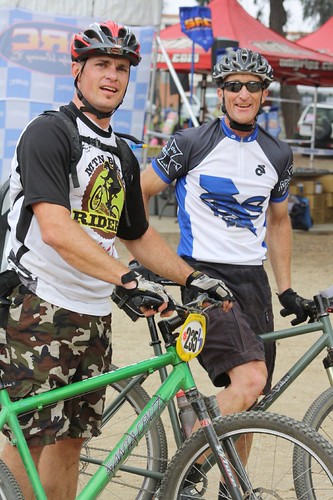 We headed for the finish line a few miles away and I think Mike saw my one foot pedal action on the flats, I caught up to a geared bike about to hit the last rocky hill before the finish and see him slow down from a distance and change gears heading for the path on the right, I just aim for the middle and powered down until the rocks claimed my momentum. I jump off and put my new Shimano SH-M182 Cleats to work digging the the toe spike in between the rocks looking for traction and ran past three people tied up in the rocks. I then have only two things on my mind the last half mile to the finish ‘Don’t fall & Don’t Flat’ I made though to the finish in 59min 35 seconds good for First place in the 34 & under class. 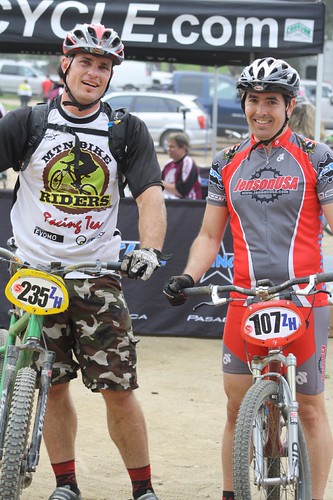 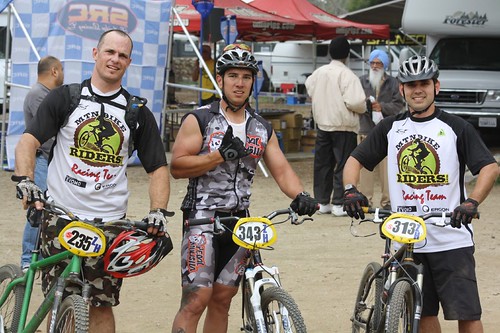 I ended the Winter Series on a high with First place and Second overall in points to Rod Leveque, Adam and teammate David tied for points. 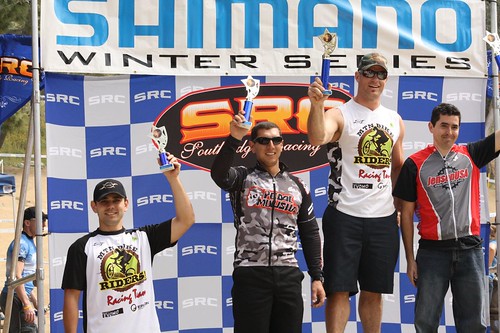 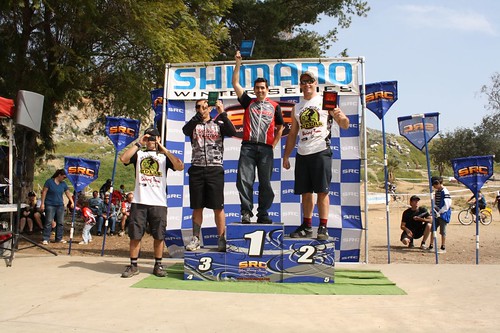 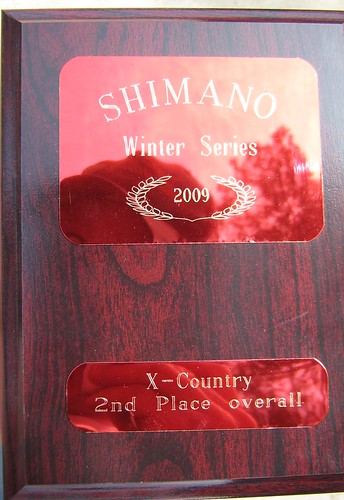 I had a great time in this Winter Series due to the camaraderie of the other racers David Sanderson, Adam Spik, Rod Leveque, Mike Brauns, and Jon Fugitt. Another big Thank You to MTNBikeRiders.com Team for the support, pictures, gear (Evomo Clothing, Ergon USA, Hoss MTB and BikeCommuters.com), and the great food after each race. Good Times… 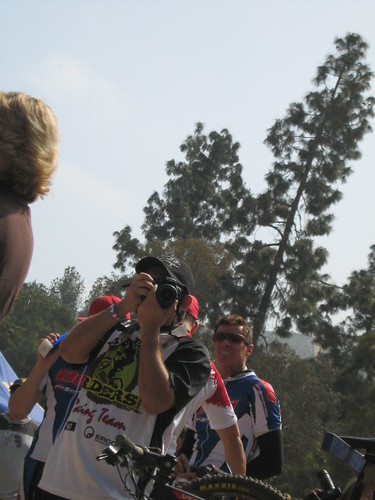 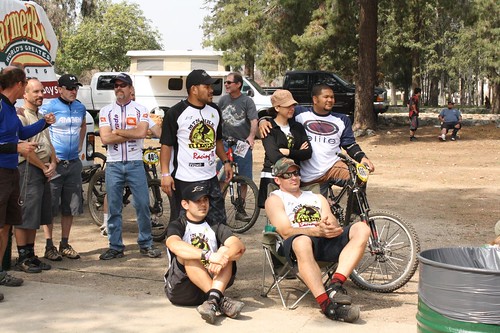 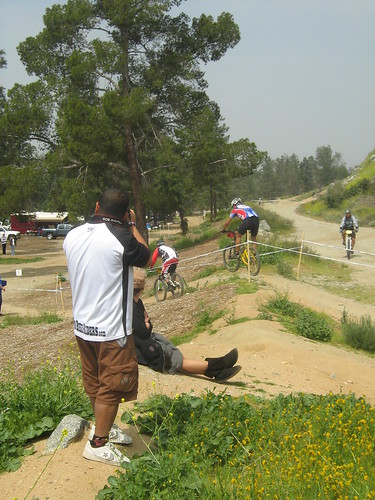