Founded in 1972, Dainese (pronounced die–neh–zeh) is the leading manufacturer of motorcycle protective wear.  Dainese has a complete line of motorcycle gear from head to toe.  From helmets, protective leathers, right down to boots.  With their top sponsored motorcycle athletes they are well known around the world.

One of Dainese’s other product line that’s making its way to the mainstream is their mountain biking gear.  It was in 1992, 20 yrs after they had began, when downhill mountain biker Philippe Perakis first used motorcycle protective gear for mountain biking.  Shortly after, a specific division was created to apply Dainese technology towards mountain biking (and others sports such as snowboarding/skiing and water sports). 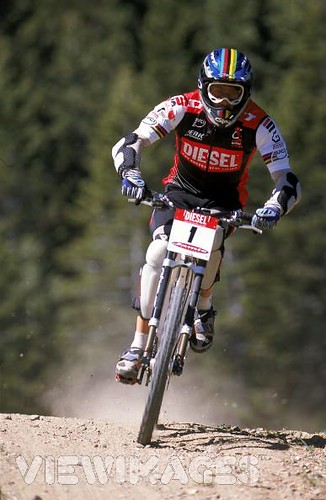 The demands of a DH course has changed through the years and progressed to a much greater technical challenge, thus requiring more protection for the riders.  Dainese was there with state of the art technology.  In 1999, Nicolas Vouilloz, a multi–UCI Champion was the first Dainese mountain bike athlete to win a title.  Since then we saw many downhillers, Pro and recreational, wear the Dainese pressure suit. 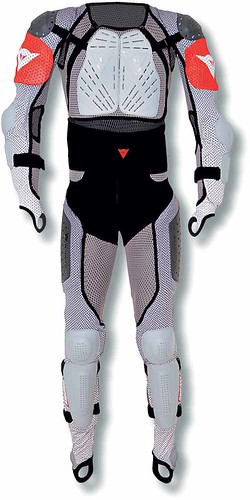 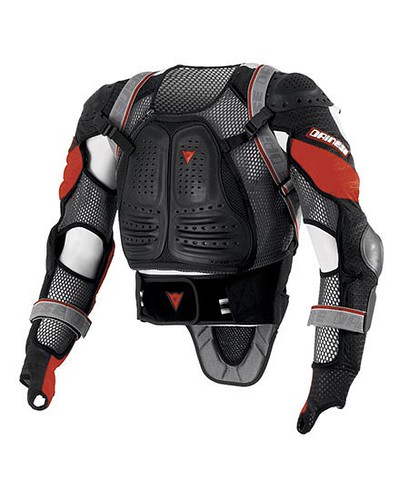 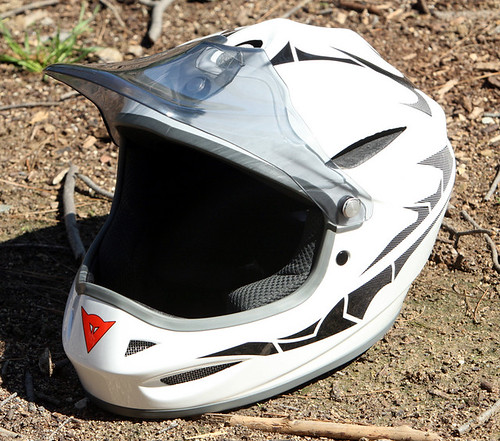 You can find the complete line of products by visiting online at www.dainese.com or walk in the D–Store.  Dainese has two D–Stores in the United States.  Both are located in California, one in San Francisco and the other in Costa Mesa.

For our international readers, there are D–Stores located around the world.  Check their site for locations. 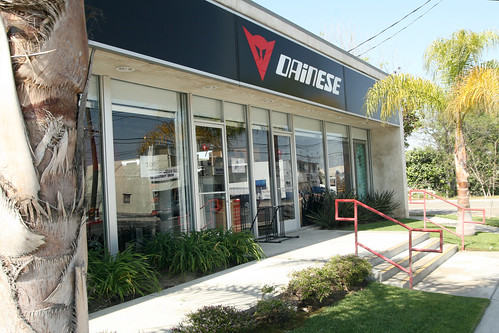 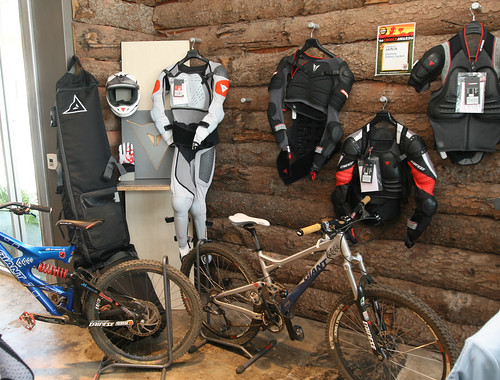 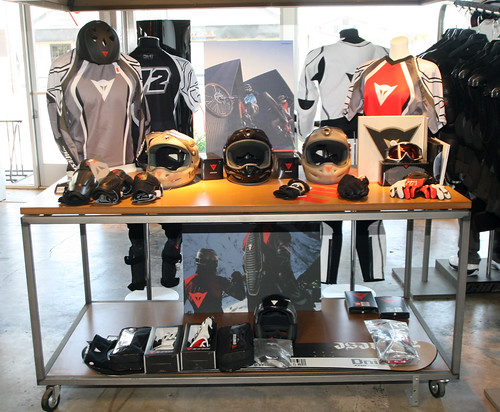 Mountain bike and snow gear displayed at the D-Store. 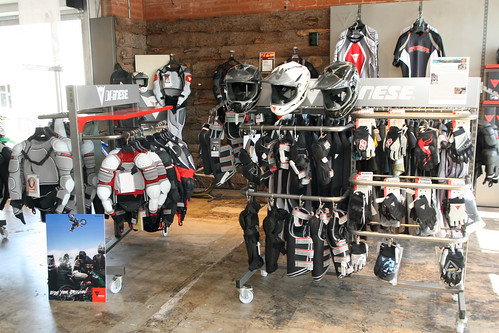 Note the smaller sizes. Dainese has gear for the young riders. 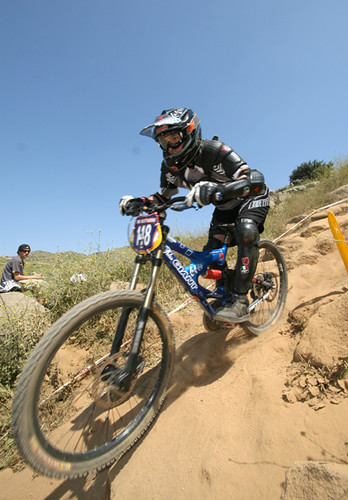 You may also be lucky enough to see Dainese at a race venue.  Most recently they were at Fontana, CA for the 2009 Kenda Cup West (XC & SD)/Fontana City Nationals (DH & 4X), showcasing their mountain bike products. Next stop should be at Sea Otter in Monterey, CA later this month. 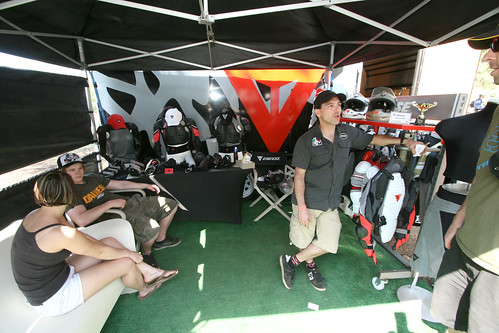 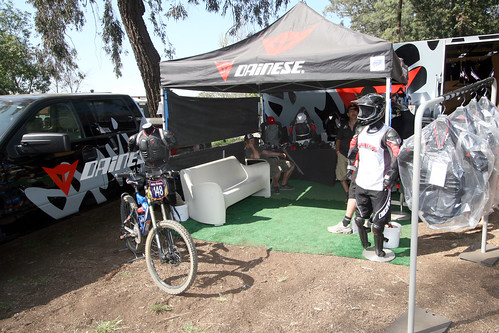