RL Policar-The Animal shares his experience during the 2009 Traverse. Read his report and you’ll be amazed by his strength. I swear man, its like reading about Paul Bunyan or Hercules or something big and strong…I would like to add that The Animal is a very humble guy. The whole team as well as strangers alike are always commenting on how amazing he is or how powerful and how he has these massive banana sized hands, but The Animal remains low key about his abilities. Not only is he a great racer, but he really is a super cool dude.

I am starting to write my report a little more than 24 hours since the finish of “The Traverse” an epic race though the Santa Ana mountain range. Today has been a little rough, I am still feeling the after effects of the race, 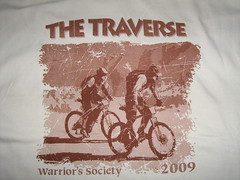 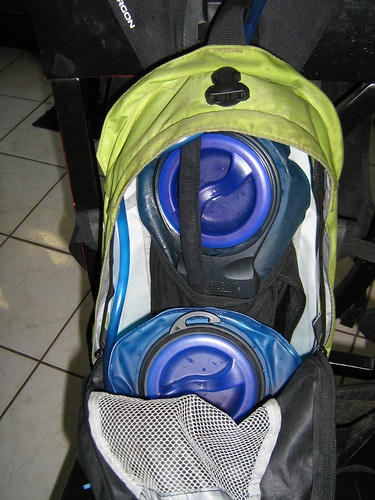 I raced in The Traverse in 2008 which was a burner with temps hovering in the mid 100’s, so I didn’t take any chances as far as hydration was concerned for this years race. I outfitted my Ergon BD-1 with two bladders, one 3 liter with straight water, and a 2 liter with a mix.

This combination works well for me at 240 pounds I need a lot of fluid, and weight is not an issue with the Ergon backpack. I stuffed my Hoss shorts full of Sportlegs, Ibuprofen {a necessary evil when riding rigid long distance}, Hammer Gels, Power Bars, taped another Power bar on the seat post, and taped more gels on the handlebars. I didn’t want to start thinking about the catered El Pollo Loco at the finish half way though the race. I wanted to race my race and not stop at check points to eat. Lots of food, lots of fluid, and a hassle free Single Speed geared 32×20 on 26″ wheels with lots of PSI in the tires. 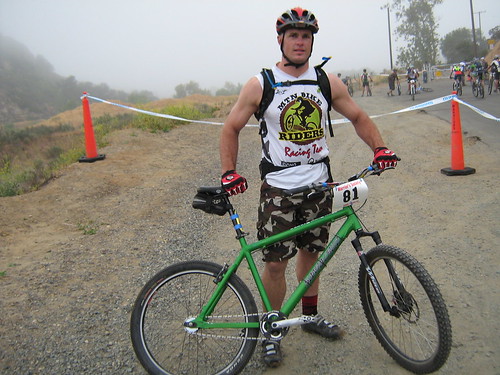 My wife was kind enough to drop me off at the start on Blackstar road. I took a quick spin down the road to loosen up, and it was about time to line up for the mass start all 175 of us. I chatted with some familiar faces that I met while racing with the MTNBikeRiders.com Team, one fellows name was Mark [we met at a Mt. SAC race] small world. Mark and his son were racing The Traverse together, very cool I hope to do the same with my little girl some day. 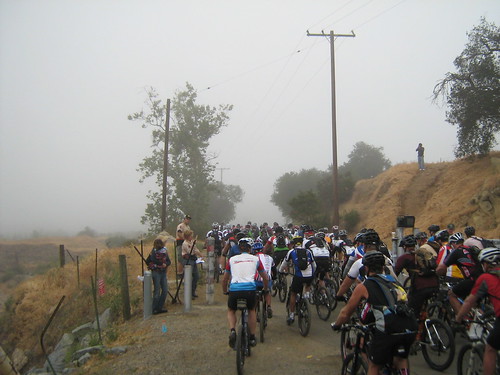 The Pro and Expert class take off promptly at 7am and the rest of us follow. I started right behind the Pro and Expert class and stayed to the side for the first two miles of flat terrain to stay out of the way of geared riders Big Ringin it down the the fire road. As the climbing started I began weaving though the same riders that passed me minutes before. Next stop Beek’s Place, I put my head down and started pressing on I had a long race ahead of me. 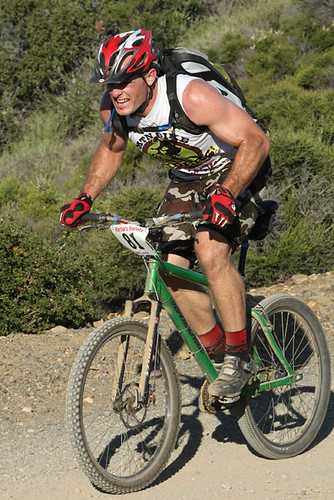 Beek’s Place is only a few hundred yards away and I hear RL hooting and hollering. It is an incredible feeling to have support on top of the mountain especially coming from from your team, it is no easy feat to get up to the ridge by car/truck/or suv and be on time for the event. Joe hauled his camera gear up the mountain captured the action unfolding in front of me. I was chasing a single speed up Blackstar and made my pass just after passing Joe [by the Golf ball], I kept up a fast pace and held off the other Single Speeds behind me. In The Traverse they do not have a Single Speed division but I chose to ride one anyways and so did about 5 other riders. 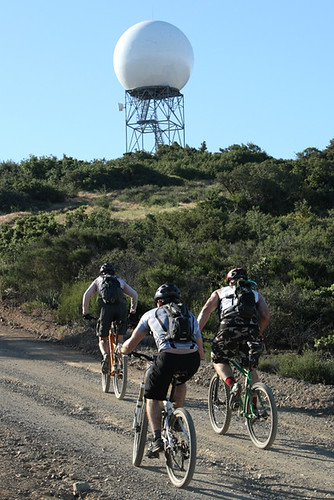 The weather was about perfect this race I don’t think the temp went over 100 degrees and there was a slight breeze. After many miles of riding and eating a bunch of science food all I could think about was El Pollo Loco at the Finish Line. It was 11:37am and my friend Mark caught up to me as I slowed down to ward off the cramps. We were riding up the last climb to West Horse Thief trail and I said, “El Pollo Loco is going to be served in 23 minutes I can not wait” we are still an hour away from the finish. That hour felt like two hours after going down loose shale rocks and ruts on a rigid bike. I finished the race for the second year in a row, and improved my time by an hour. 2008 time 6hours 36minutes, 2009 5hours 36 minutes. I was glad just to finish this race, it it one of the hardest races I have done yet. 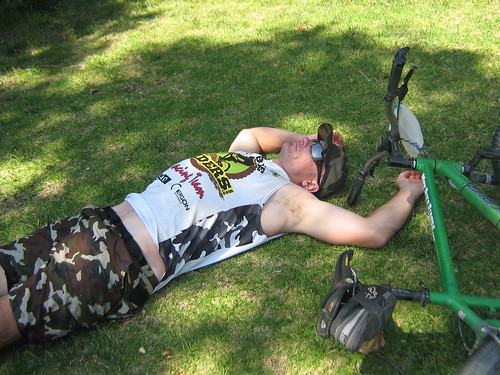 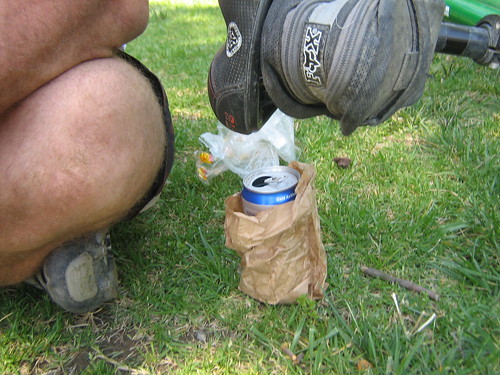 Giving back by fixing bicycles

29er Shirts…Show the World How Big You Like It!