Trail Bunnies: mysterious creatures of the mountain biking trail. Trail bunnies come in many sizes and assortments which have been designated as sub-species. This ubiquitous creature is commonly found all over the world on the trails. Trail bunnies have been thoroughly studied by men but their thought patterns are still not completely understood. Who am I kidding? Their thought patterns are not understood by men at all. 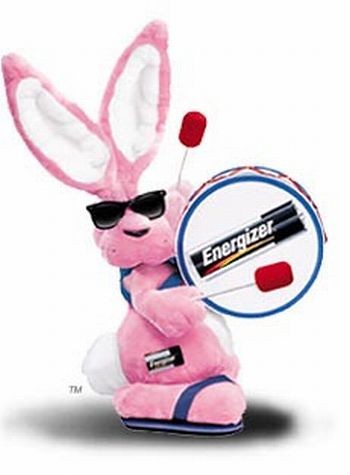 The first sub species of the mysterious trail bunny we will examine today is the Celeb-Bunny (CB). The CB is a very rare creature indeed. Most CBs are mistakenly identified and should be categorized as Faux Celebs Bunnies (FCB). The main differences between the CB & FCB are their methods of transportation and living conditions. They’re usually found in designer furs, sporting small white lines into their ears while also palling around with Fido.

Fido, in this case, is usually also in designer furs, small in stature compared to other Fidos, loud and not particularly useful for anything other than being loud. CBs have a few interesting traits that distinguish themselves from other trail bunnies: STRONG fragrant odor, overly large eye coverings and mysterious colorful markings on their face. 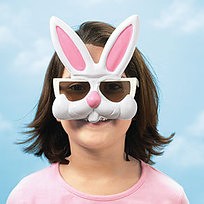 Celeb-bunnies & Faux Celeb-bunnies should be avoided at all costs. Their propensity to overreact to the slightest change in conditions is astounding. Take special care not to get too close as they scare easily and will call their bunny friends to rough you up or, even worse, close down the trail for mountain bikers. Notify them of your presence, move around them quickly and skedaddle!

The second sub species of the mysterious trail bunny is the Adventure-bunny (AB). The AB is not easily discerned on the trail. It sometimes takes multiple meetings with them before it can be determined that they are an actual AB versus a CB or FCB. It is important to distinguish the type of trail bunny you come across while out on the trails because they all have different demeanors and reactions to stimuli. 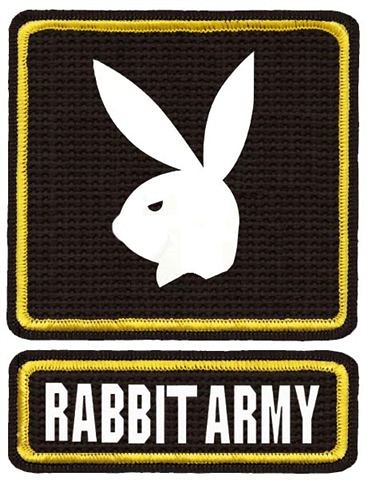 The Adventure-Bunny is very serious about their time on the trail. They are not there to draw attention to themselves, but many times that is a byproduct of their working, out on the trail. The AB may have those odd white markings into her ear, but the rest of the garb is all business. The AB is there to get her work done. Due to the amount of time the AB spends on her work, out on the trail, she is very familiar with trail etiquette and is pleasant but focused.

The Adventure-Bunny is definitely the bunny to keep an eye on. If they are out with Fido, it is a substantial Fido, one capable of causing damage if need be. If traveling in packs, the AB is known to be competitive and will use your riding by as a “distraction” to gain a competitive advantage over the other ABs. This is what you need to be aware of as being used sucks.

The last type of Trail Bunny is also quite rare but easily discerned. We call them Advanced-Adventure-Running-Bunnies or AARB for short. The AARB is truly a unique creature and rarely seen solo. They are usually doing weird things like jogging an 18 mile loop around Chino Hills State Park. The AAB is the natural progression of the AB but thankfully not all ABs become AARBs. AARBs are usually the seniors of the trail bunny society. They also have the darkest coats from sun exposure, but do not normally sport the funny white lines leading up to the ears. 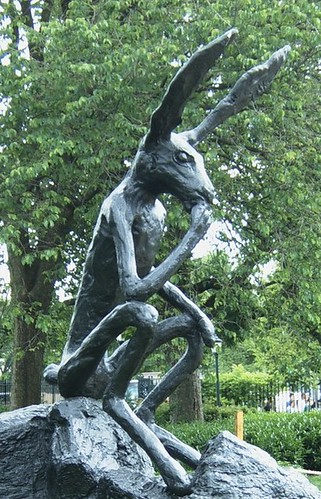 An Advanced-Adventure Running Bunny, stopping to think, note the dark fur coloring and lack of white lines leading up to the ears

Interestingly enough, their exposure to the sun and vast amounts of time have mellowed them out rather than making them into curmudgeons. The AARBs are usually the nicest trail bunnies out there, but they too are serious about their time on the trail. Also interesting is despite their advancement, they are still physically strong, mentally sharp and enjoyable to communicate with. Approach them joyfully and you will normally receive a like response.

Thank you for reading about the Trail Bunnies and their sub-species. Next up, we will examine the suicide rabbits and their counterparts the death defying ground squirrel. These guys love running towards spinning wheels and trying to jump through them! Stay tuned.