I’ve been down in my luck lately, I have been nursing a bum shoulder since my last race so I haven’t ridden since the last race in July. Being in third place in the overall, I HAD to race, not to mention that we were racing at Mammoth! 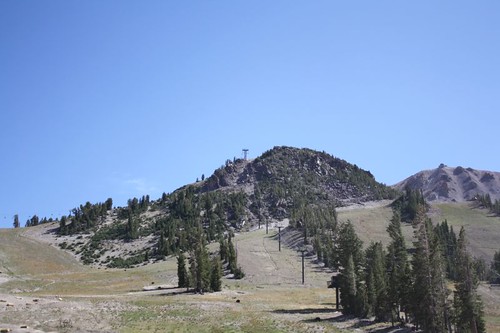 The lift going up!

I had my first and only practice run on Saturday. This trail was very challenging and my shoulder was throbbing at the end, I decided that if I’m gonna break anything, it might as well be while racing. 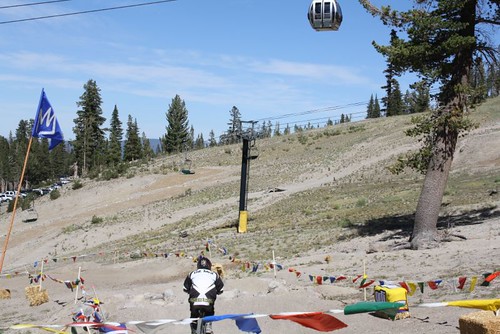 A glance at The Elusive Racing Moe

Well, as I made the left turn to the chute, I stayed right but not enough… I slid to the middle groove, hit the rock and the bike went under me, leaving me right on my ass… and that’s how I went down that chute… I was finally able to stand up and got on my bike and tried to catch up to Joe. Man, Joe was on it, I was not able to see him after the first left turn. When I reached the rock garden, I said a little prayer and I went down on it… I cleared it!!!! I was really relieved that I lost concentration, locked up the brakes and down I went again…. With no chance at a podium finish, I basically got on the bike and rode my ride… in slow “Moetion”. I made it down the hill with no further incidents, which was my initial goal. 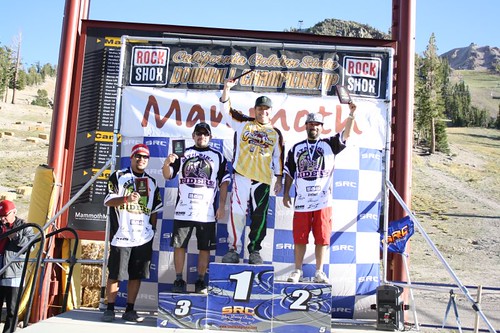 I was happy to have collected my third place plaque on the Overall California Golden State Series, and as you can see, 2 of my other team mates, Wes placed second and Joe placed fourth.

Racing Downhill has really changed my life, you have to have confidence on yourself and your equipment, you need to commit to whatever is next on the trail otherwise you will end up with the rubber side up. That’s how life has been for me lately, it has been challenging but with a better outlook in life and great friends, I’ve made it all the way down the hill to race again.

What’s next for The Moe? The Southridge Annual Challenge and I should be sporting the new Sette Vexx which I will be putting together soon.