Fullerton, CA, March 29, 2010 –(PR.com)– RL Policar and Moises (Moe) Ramirez have launched AWNRY Bikes N’ Stuff. “Moe and I have wanted to do this for a long time.” Policar stated. The famous blogging duo originally founded 2 very popular websites, MtnBikeRiders.com and BikeCommuters.com. Ramirez said, “When we got into the bike media business, the whole idea of becoming our own bicycle brand really intrigued us.” Both Ramirez and Policar are Southern California residents that were amateur racers and overall bicycle fanatics. Policar said,”We basically sold everything we owned, gathered enough money to design and manufacture our first three models. We’ve kept this whole project a secret. None of our friends and family members know that we’re doing this.” When asked about the name of the company, AWNRY, Ramirez simply explained,”We both have short tempers.” 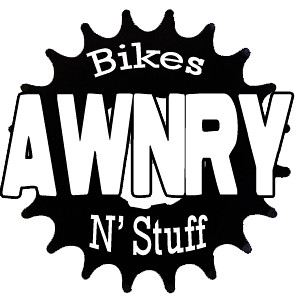 The first model to hit the trails from AWNRY Bikes N’ Stuff will be the 29er Kung Fu Panda. This frame was designed for Policar and Ramirez’ close friend Jeremy Yang. Yang is the 29er specialist of MtnBikeRiders.com. Policar had this to say, “It was our way of honoring our friend Jeremy. The guy loves 29ers and with him being Chinese, we settled on the name Kung Fu Panda. Besides, this bike kicks ass!” 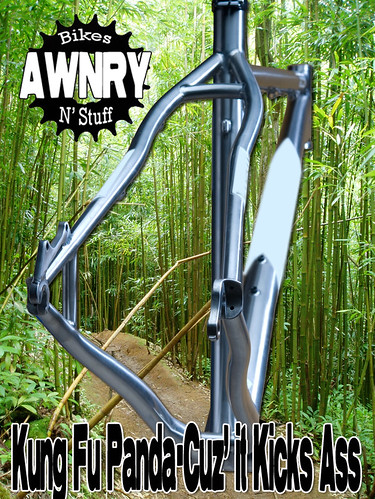 The next bike that will be offered by AWNRY Bikes N’ Stuff is something that Ramirez designed himself. It’s called the “Huevos Grande.” Ramirez is an amateur downhill racer and wanted a bike that he could use to soak up all the big drops and boulders. The Huevos Grande boasts 9″ of rear travel. Ramirez said, “I love 9″ in the rear!” 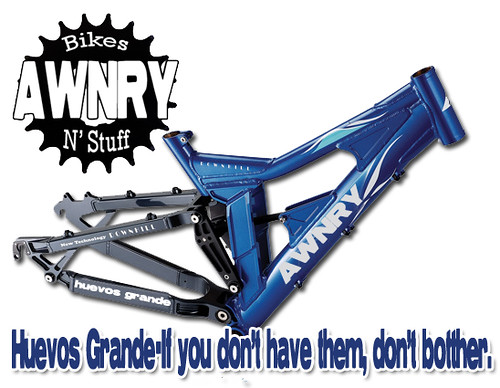 Though mountain biking is in the heart of the Ramirez and Policar, they’ve also launched the AWNRY-Jackson. This is the hipster friendly single speed or fixed frame. The Jackson only comes in black. Ramirez stated, “once you go black, you never go back.” 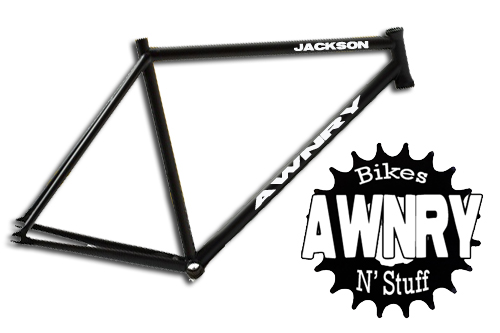 AWNRY Bikes N’ Stuff will soon be available to general public. AWNRY is planning on raffling off all three bikes exclusively on MtnBikeRiders.com and BikeCommuters.com in the next few days. “We’re pretty excited about our new venture. We’ve already secured a booth for the 2010 Interbike. I’m hoping that raffling the first models we have will help us gain some much needed attention and media coverage.” Policar stated. Look out for an upcoming raffle on MtnBikeRiders.com