With summer at its peak, you’ve probably noticed more and more snakes on the trail. For the most part, they’ll leave you alone and pose no specific threat to any mountain bikers. Half the time snakes are usually only 3 feet away from you, but you’re either too busy talking to your buddies or flying down the hill, that you never notice them. 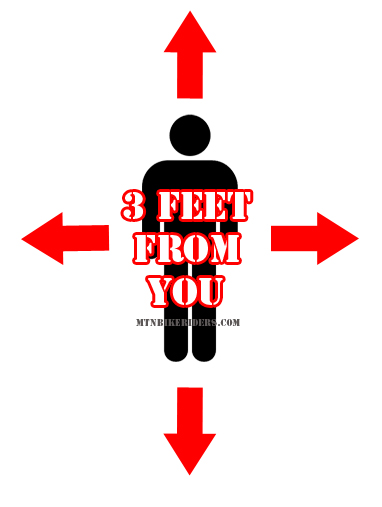 As scary as they are, snakes are usually docile creatures. Some species will even let you pick them up and twirl them in the air. Snakes love it when you twirl them! 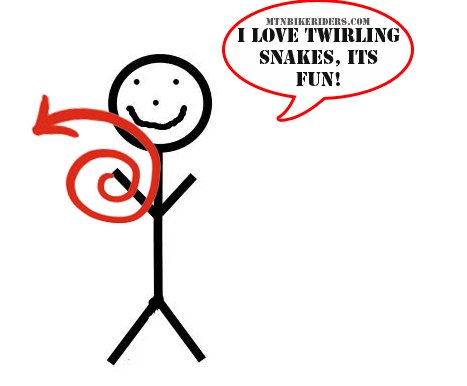 However, I have to warn you of one type of snake out there that has been seen in all 50 states, yes even Puerto Rico, so make that 51. The myth that there are no snakes in Hawaii is a complete lie. This particular species hatches out of their eggs as small as a maggot, but when they reach full maturity, they can grow as big as 4.5 feet long.

This snake has hitched a ride with unsuspecting bikers, hikers and other animals who happen to be on in the snake’s natural habitat. It will cling on to the host and eat off dead skin cells and hair. At a certain point, usually, 3 days, it will detach from the host and call home where ever it lands.

This snake can be aggressive and has built a reputation on being the “Nut Kisser.” The name was earned by the snake’s tendency to make kissing sounds before attacking men on their left testicle. Scientists have named this snake the Kuma Kain Nang Kaliwabayag, or the “ball biter” for short. 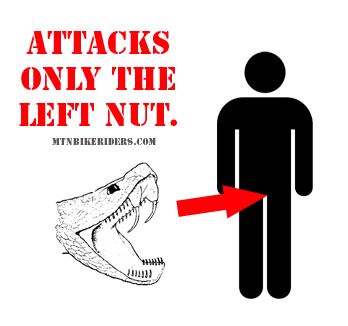 If you do encounter this snake on the trail, don’t make any sudden movements. Rather, slowly turn to your right side, place your hands above your head and start saying “yo’ mama.” For some odd reason the tone that is made when you utter the words, “Yo Mama” has a soothing effect on the Ball Biter. Typically, when yo mama is said 5 times, the snake then goes into a trance. Once in a this stage, the snake will actually become loyal to whom ever says the magic words. After that, you can pick up the Ball Biter, head first, then stuff it into your Poke Ball. 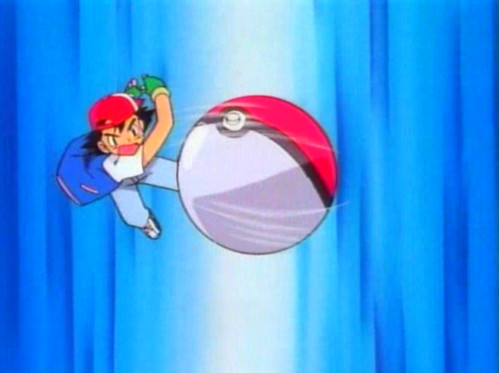 You can keep the Ball Biter inside the Poke Ball as long as you want. But in a time of need/danger, you can call upon your Ball Biter to assist you. All you have to do is throw out the ball and say, “I choose you BALL BITER!” He then comes out to defend you from other animals and or creatures that might cause harm to you and your friends.

Now that you know how to handle this particular snake, you shouldn’t have to fear other snakes. But keep in mind the techniques discussed here may not work with all snakes, just the Ball Biter. So take the advice with a grain of salt and play at your own risk.

So…what are you wearing (socks)

8 thoughts on “How to deal with snakes”