Dan Burdett is a new addition to the MtnBikeRiders race team. Here is a little more background on the most recent addition. He is currently 32 years old, married with no kids, and a small business owner. He grew up in Riverside, CA rode the local trails there in the days before suspension on an old rigid mountain bike. A bike destroying crash gave him a few years off from any riding. Around 2005, Dan bought a Trek 4300 HT to starting getting back into riding, and slowly began to build his MTB chops at Aliso Woods having recently moved nearby. 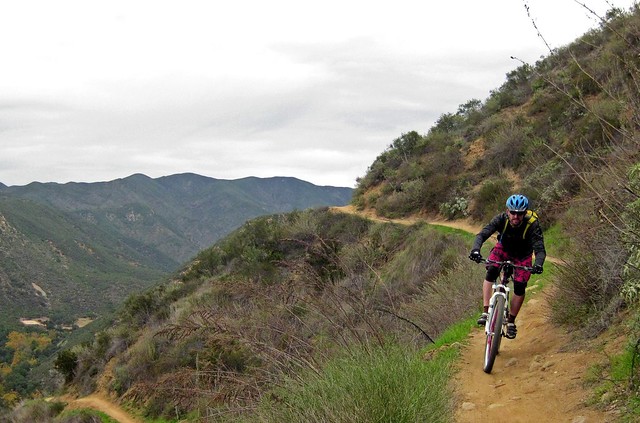 In 2009, Dan first met the MtnBikeRiders crew, and also upgrade to a full-suspension Giant TranceX. He continued to build his mountain biking skills entering his first race late that summer at the Triple Crown Series where he placed 5th overall. This year Dan has dropped a few pounds, and was able to increase his standing the 2010 Triple Crown Series overall result to 3rd place. With the addition to his stable of a Niner Sir9 SS, he looking forward racing in the Southridge Winter Series in the single speed category.

2 thoughts on “Dan Burdett To Race for MtnBikeRiders.com in 2011”