Check it out kids, here’s a pic of Leon Lightning…yes that’s his real name. Leon has been a loyal reader for the longest time. He and I have actually been emailing each other back and forth about tech tips, deals and etc. Since he’s such a cool cat, I decided to send him a genuine MtnBikeRiders.com T-Shirt. Those things are rare because we actually don’t have any left.

Here’s Leon. His arms are raised because he just shaved his pits and it burns…Notice the slicks on his mountain bike, Leon believes that knobby tires are for sissies. He likes to tackle the hardcore trails with slicks, he says that it helps him go faster through rock gardens. 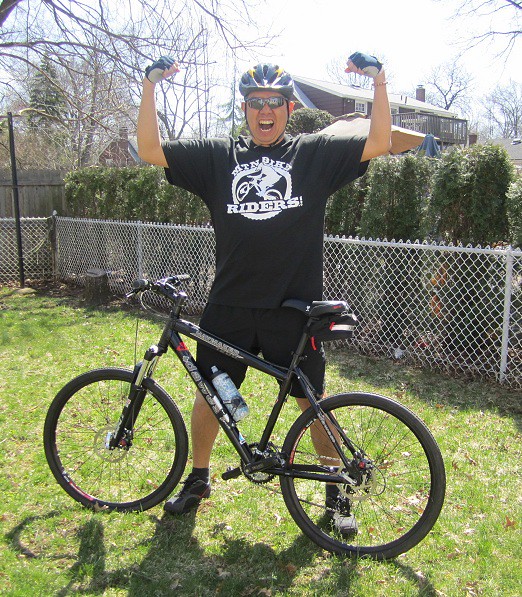 This is Lil’ Lightning, he’s a fan of MtnBikeRiders.com! 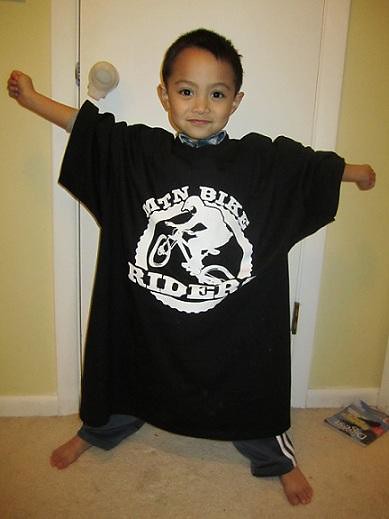 5 thoughts on “Another Fan Photo”