This past Saturday, we decided to round up a small group of friends to ride a local trail called Whiting Ranch. This trail was closed for a while due to some rain damage and it was obvious that the water did a number on the trail. So much so that the entrance didn’t look familiar at all. In fact, when you start riding, there’s a 150 foot sand pit that no one can get through.

From left to right, Megan, Aleah, RL, Animal,Khoa, Priscilla and Nick. Dan was taking the photo. 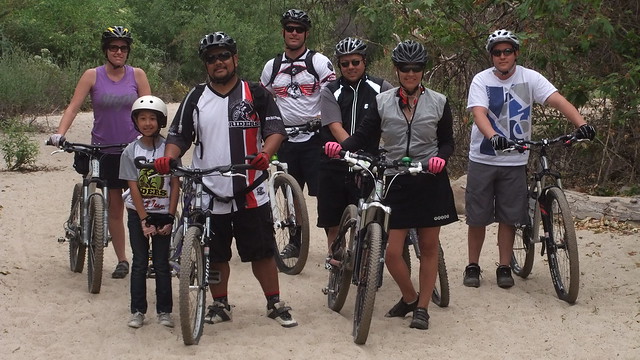 This ride was a great opportunity for Dan and Animal to get used to their new bikes, the Airborne Goblin. These bikes were assembled the night before and it was great to watch the guys put them through the paces. You should have seen the two of them, anytime Animal would do something, Dan would try to do it and vice versa. The whole display of machismo reminds me of that song from Annie Get Your Gun. These guys would ride extra credit parts of the trail at a 100% the whole time and by the time we got to the end, the duo were pretty much tuckered out.

Here’s Dan and Animal near the end of the ride. Dan is showing off is P90x body. Funny how 29er bikes look proportioned to tall/big riders. 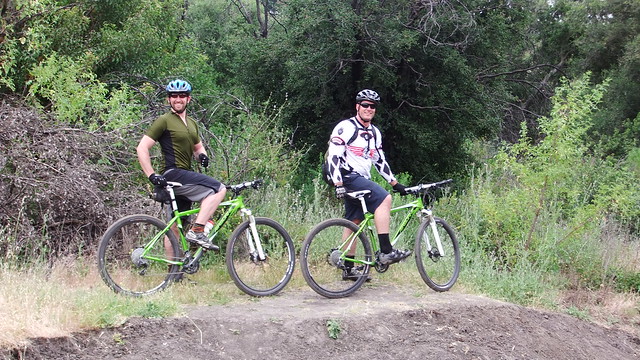 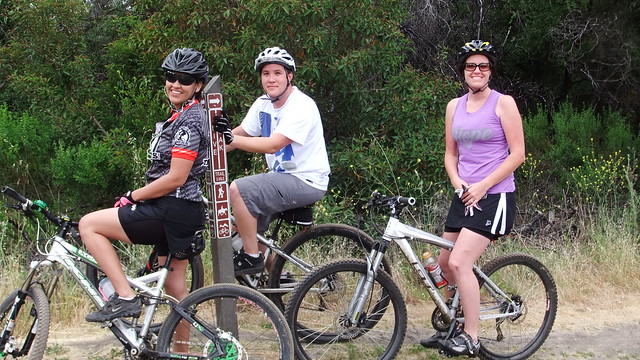 My daughter, Aleah and I were mashing it on our tandem. I had serviced the fork the night before and I was pretty impressed that it worked great out on the trail. One thing that I’m realizing with our tandem, the brakes suck. I’m on V-brakes and I’m finding that they fade extra fast when we’re going down the hills. So to address that issue, I’m going to have the bike fabricated with a disc brake mount. I’ll have them install an extra gusset to reinforce it too.

Our obligatory post ride group shot after a healthy breakfast at Del Taco. 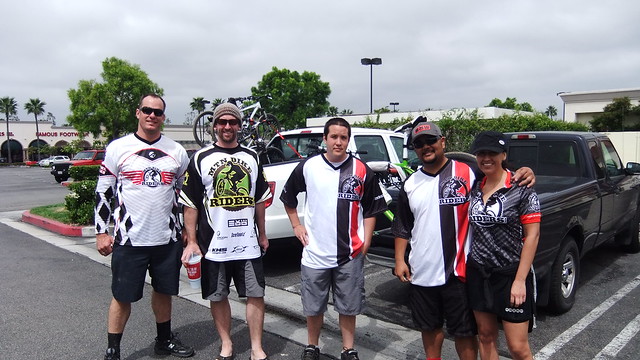 One Reply to “The No you can’t, Yes I can Ride Report”