With a newly acquired client, it has given me an opportunity to travel to Helena, MT last week. Like most of my trips, whether it’s business or pleasure , I always look for an opportunity to ride. As soon as I received noticed that I’ll be traveling to Montana, I immediately searched the web for nearby trails. What were the search results?… Singletrack galore! Next step was the bike. I was debating if I should bring my bike on this trip however at the time I was making my plans, rain was in the forecast for Helena. Also since this was my first trip to Montana for work, I wasn’t sure how much time I’ll have to ride so I decided to just rent a bike. 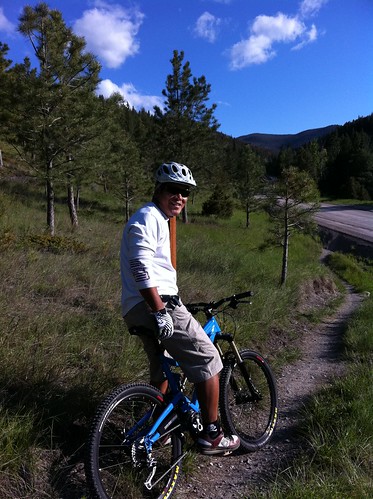 I mapped out my hotel, office and local bike shops – ALL were within two blocks or less than 1/8th of a mile from each other. My office was 20 steps from my hotel and the local bile shop was literally around the corner. It can’t get easier than that!!! 🙂

I arrived in Helena, MT on Tuesday evening. Wednesday was an all day meeting but during my lunch break I made a trip to the local bike shop – Great Divide Cyclery. I made arrangements for a bike rental for later in the afternoon however I didn’t quite commit to it yet as I still had a lot of things to do and wasn’t sure how long I’ll be in the office. In speaking to the guys at Great Divide Cyclery, there were describing the trails. Just the talk of the singletracks got me excited and I couldn’t wait! 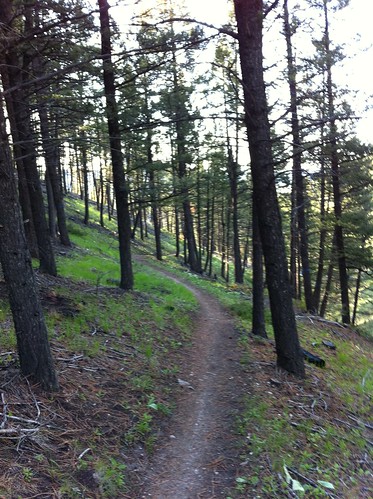 Singletrack on my mind

Back at work, I was waiting anxiously for the day to end. As soon as we called it quits, I took a quick drive to the trailhead. Oh, that’s the other thing… the trail, Mt. Ascension was also just a few blocks away… WOW! At the trailhead I talked to a few mountain bikers that just finished their ride. They gave me a few pointers where to go and what to look out for. I then returned to hotel, left my car then walked to the Great Divide Cyclery. I arrived there just before their closing time, but the guys didn’t stop short of providing me with excellent customer service. I was truly impressed! For my rental, they brought out a brand spanking new Santa Cruz Butcher. I’ve been dying to try this bike and the new APP linkage. Steve with Great Divide Cyclery made sure the bike’s suspension was dialed in for my weight. The only thing extra that I asked for was a bottle cage on the bike and they provided it with a water bottle.

With my Garmin GPS, off I went… from the shop to the trailhead was about five minutes. First thing I hit was the switchback climb off Davis Street. I was on a mission to get to the top. 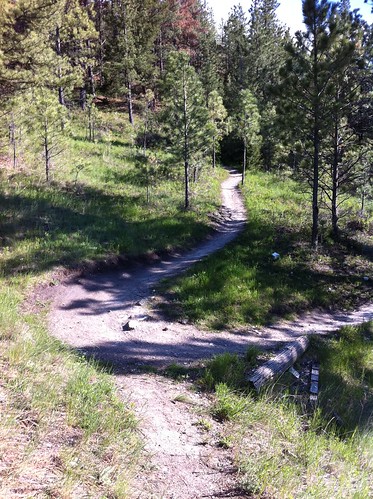 Switchbacks that took me to the top

This series of switchbacks were not that steep however it would be a gradual climb for awhile. Somewhere along the way, the trail leveled off and started to split in different directions. Unfamiliar with the trail and not seeing the marker that I was suppose to look-out for, I chose the one that would cut right through the middle of the mountain. From here, it was a rolling singletrack that would eventually ascend into another section of the mountain. 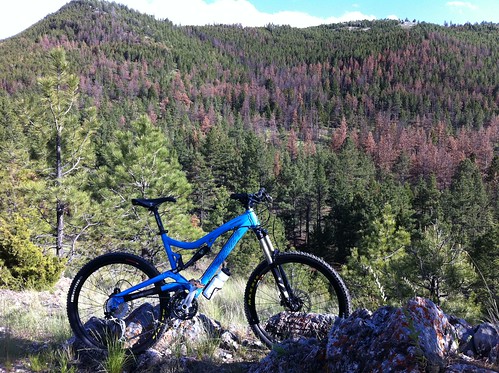 Reaching a vista point I had a general idea where the city was and I was never too concerned about being lost. I was on an adventure!!!

I hit several segments of the Mt. Ascension, but the best part was the singletrack that lead down to Davis Street. At this point I must have hit the mid section of this descent, but as soon as I realized that I was heading closer to the exit, I turned around and climbed back to the top, passing my entry point. Reaching the top I turned around and pointed my bike towards the bottom. What was ahead of me was epic singletrack… smooth, buff, flowy, superfast in some sections… truly one of the most enjoyable downhill runs I’ve ever been on. 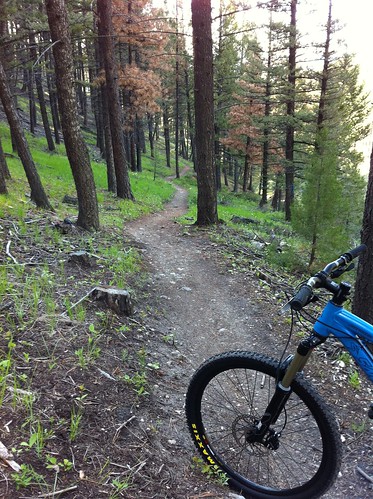 At the bottom, I ran into a hiker. With another trail system across the way, I asked him for directions. This place was unbelievable. Singletrack was spawning everywhere. I crossed Davis Street (a dirt road) and continued my adventure onto another mountain. There were more climbing and more singletrack… my ride ended down a hillside. The singletrack was running through tall grass. Looking back at where I just came from was just awesome!!! 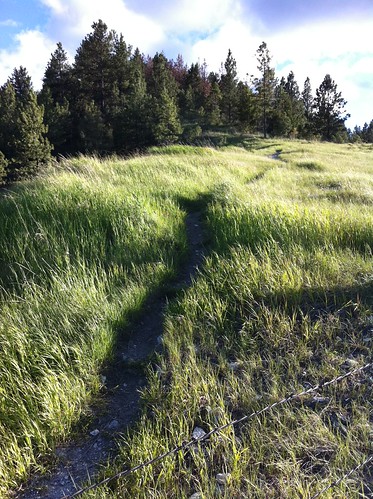 Exiting on a singletrack

I had minor issues with my GPS. It was turning on/off intermittently however at the end of my ride, my GPS listed 6.20 miles. I would say this was a pretty good ride considering I didn’t know where to go.

I’m scheduled to go back to Helena in July with additional trips before the year ends. I’m hoping for a lengthier stay so I can get out to the other trails. With the sun setting at 9:30pm, I’ll have plenty of light to explore. Helena is a small city but there were definitely lots of mountain bikers. I saw plenty of cars with mountain bikes mounted on the racks.

T-Shirt Rather than Moisture Wicking Jerseys

3 thoughts on “Ride Report: Through the Gulch with a Butcher – Helena, MT”