When I first took delivery of the KHS XCT 556 a few months ago, I was pretty excited about trying its 30 speed drive train. The bike was redesigned for 2011 with swooping, hydroformed tubes and a bold color scheme. It’s spec’d nicely with name brand/model parts such as Rock Shox, Mavic, SRAM, Shimano, WTB and many more. The KHS XCT 556 was a direct replacement of its predecessor, the XCT 555, which we awarded the Editor’s Choice Award in 2010 for “Best Do it All Mountain Bike.” 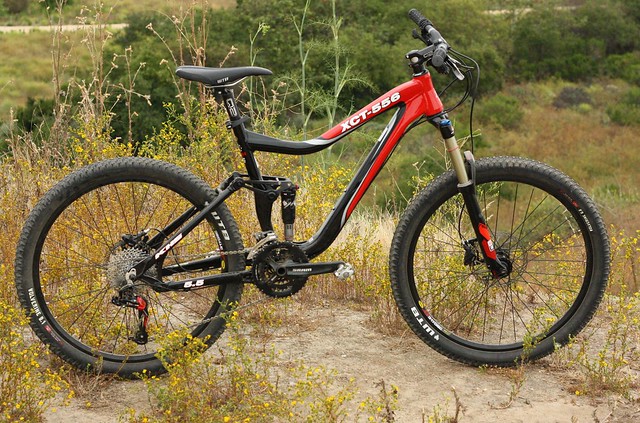 Who should buy this bike?
-The KHS XCT 556 is perfect for the guy or gal that wants a bike that can do pretty much any thing he/she would want when riding. It can be ridden on an all day XC epic or for the weekend warrior who likes to race Super D. Downhill? Sure, places like Fontana’s Southridge and Telonics can easily be handled by the 556. 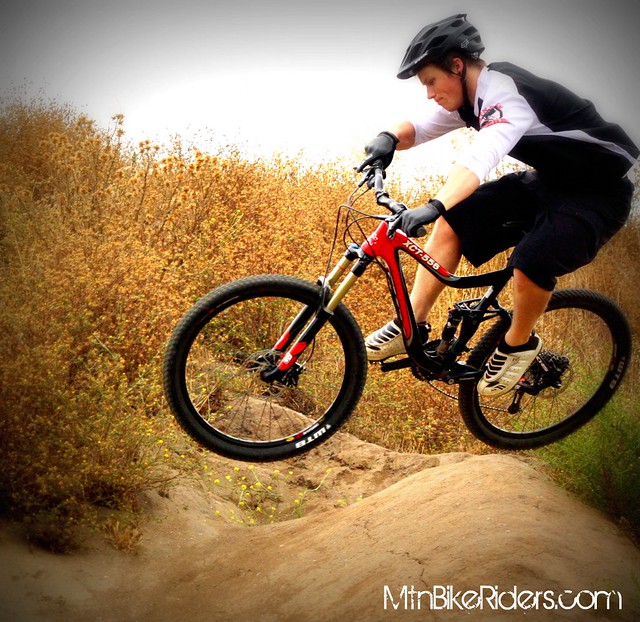 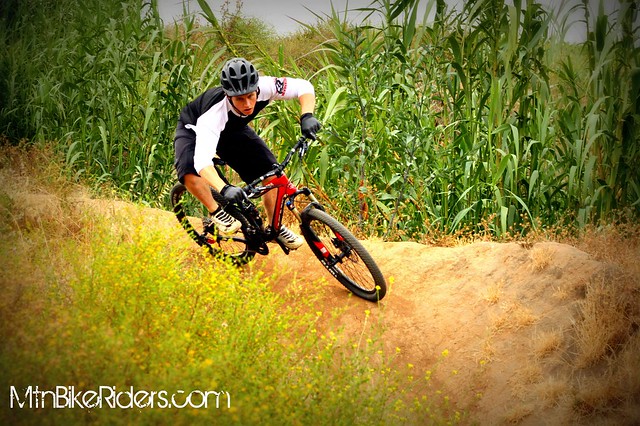 What makes this bike stand out?
-The XCT556 is equipped with the Rockshox Revelation RL. This fork is pretty plush and was super easy to tune to the rider’s weight thanks to its air pressure chart that is located right on the lowers. It also has the ability to lock out. This option made climbing on the bike easier.

The fork was matched with a Rockshox Monarch RT3. I’ve been a long fan of the Monarch line because of its no non-sense usability. All I would have to do is air it up and set my sag at 25%, adjust the rebound to my liking and I was off riding!

The pièce de résistance with this bike was its 30 speed drive train. Truth be told when I first got on this bike, I thought that a 30 speed drive train was interesting. Then I saw its 36t cassette and thought that it was a bit of an over-kill. But during one of my test rides through a trail called Cholla, I quickly learned the benefits of the 36t cassette and all of a sudden I was able to clear some of the most technical portions of the trail. I couldn’t believe how well the XCT’s drive train worked.

However, there was a kink in the 30 speed armor. For some odd reason, when I would shift between the big ring (44t) down to the middle ring (33t) I would occasionally experience chain suck. This would also happen when I’d shift from the granny gear to the middle ring. I found this to be unusual because the bike is brand new. 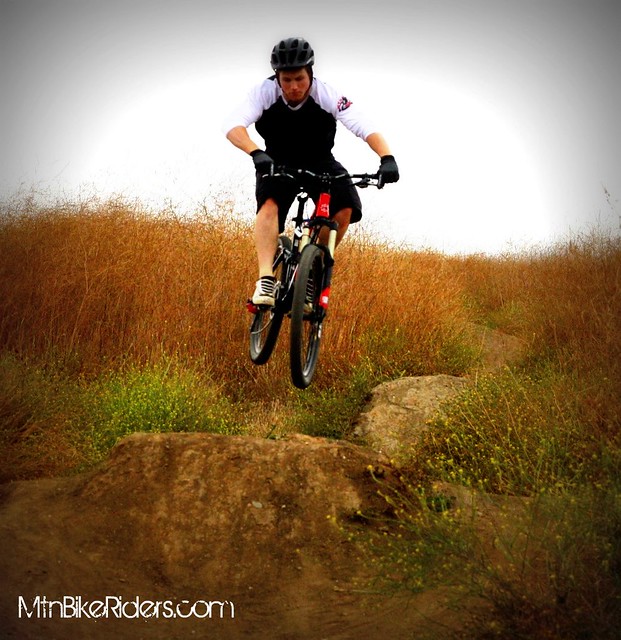 Favorite part of the bike
-Other than the 36t cassette, my favorite was the Avid Elixir 5 brake system because it provides great braking power, and adjustable reach. Front rotor is 7″ and rear is 6″. No brake fading experienced. It comes down to this, when I pulled the levers, it wasn’t just on, but I could gradually feel the brakes engaging depending on how much I pull the lever.

How does it climb?
-Like a slow goat. The 36t cassette will help you get to the top, but at a slower pace.

How does it descend?
-Like a Boss. Plush fork, squishy rear shock that is complimented with its highly acclaimed Horst Link rear triangle. The XCT 556 soaks up small to large bumps, drops and jumps with ease.

Love/Hate
-Ok, hate is such a strong word. But I’ve got a dilemma here. I love the WTB Wolverine 2.2 tires, I think they are awesome! These tires are fast, and offer great grip…as a rear tire. For a front tire, I would have preferred something more aggressive like a WTB Prowler or even a Kenda Nevegal, then again that’s more of a personal opinion than anything. 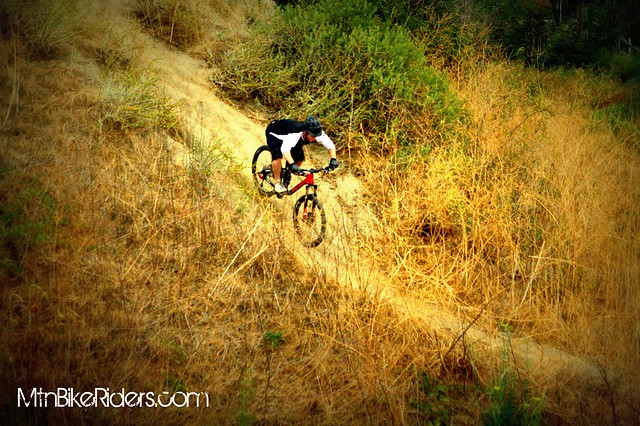 The KHS XCT 556 may not be someone’s dream XC race bike due to its weight, but don’t be shy to race with it. Priscilla used it during the Knobby Time Series Race #2. She did well enough to podium 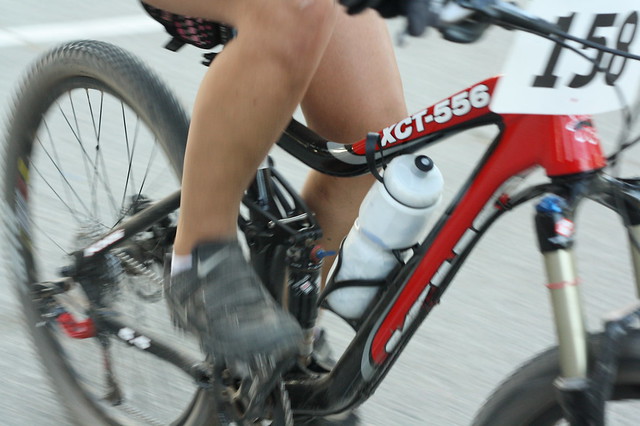 In conclusion
-The KHS XCT 556 is a versatile machine. It performs well as an XC rig and if you’ve got the balls to do so, it can handle Super D courses as well as the occasional dirt jumps. During the extended testing period we had with the bike, nothing failed on us. No signs of fatigue or wear. The only issue we had was the intermittent chain suck in which we’re not sure what caused it. Perhaps I was simply cross chaining it. Other than that, its a superb bike.