For the last few months I’ve been talking quite a bit about our famous tuxedo jerseys. In all honesty not everyone can or will wear this jersey. Some folks are a bit more conservative and don’t really want to attract any type of attention to themselves. Some actually think these things are hideous. But then there’s folks who are super confident, go getters and have really big balls that its hard for them to sit down.

Below are some photos and a video of various folks who have purchased the tuxedo jerseys and unfortunately, we’re all SOLD OUT. So if you’re one of the lucky folks who purchased one, consider that jersey your bragging rights/trophy, cuz we’re not making anymore.

First up is Nick DeBeer of Dirty Dog MTB. He’s about to jump off this truck while its moving at 60 mph just like how they do it on Knight Rider, but only face first and with no ramp. 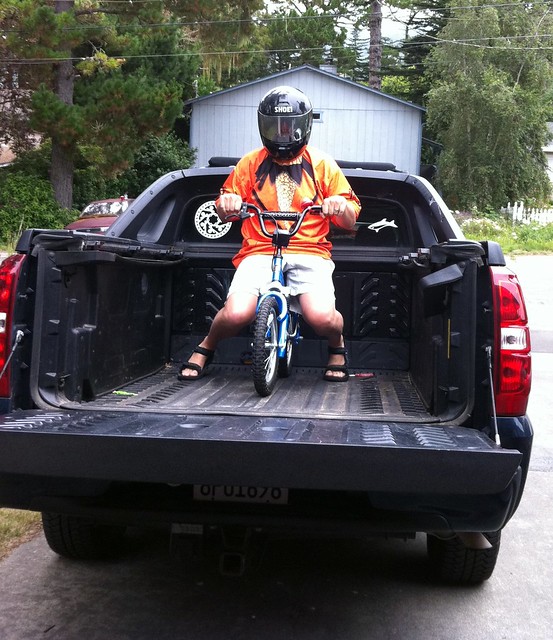 Here we have Dial Tone. We don’t know his real name because he says he works for a very large entity that is regulated by the government. Perhaps his moniker indicates that he somehow taps into people’s phone lines to monitor their conversations…perhaps…perhaps. By the way, yes, Dial Tone is rocking the 80’s style “one ear ring” because he said, “no one is man enough to do so and do it properly.” Nuff said DT. 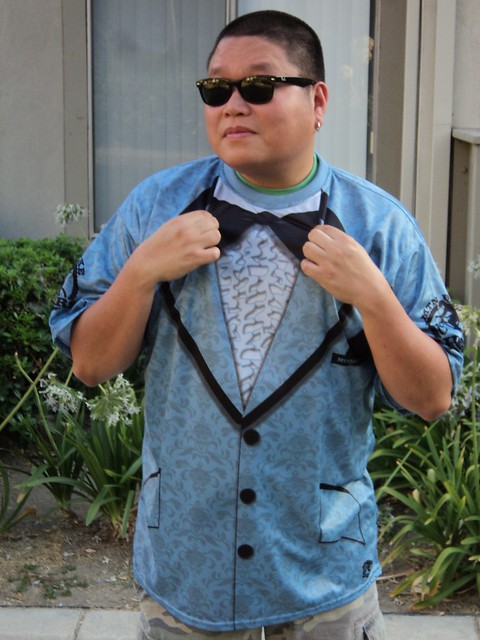 This is Dustin Roe and I during a fancy dinner. When you’re wearing a tuxedo, everything becomes fancy, even fish tacos. 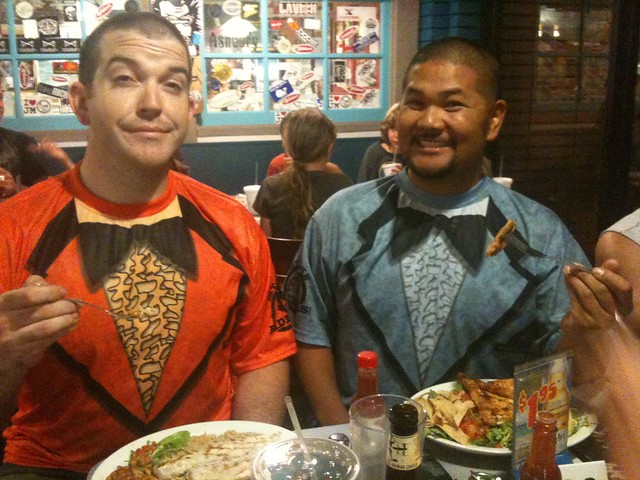 Next up is a photo of me and my adopted son Bryan. This proves to you that the tuxedo jersey isn’t just for overweight men in their 30’s-40’s, Bryan is 16 and proudly rockin’ the tux. Yes, Pink was our latest color in the tuxedo. 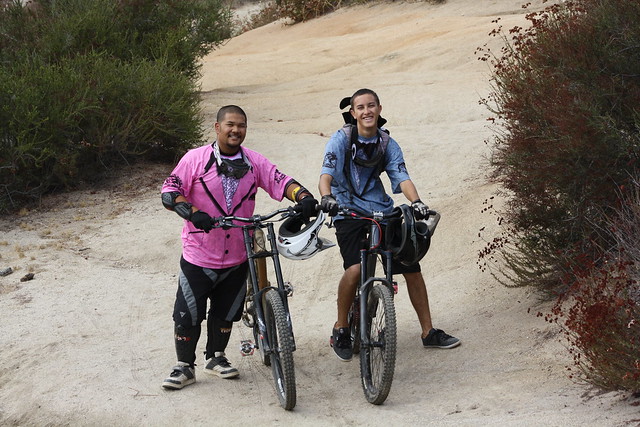 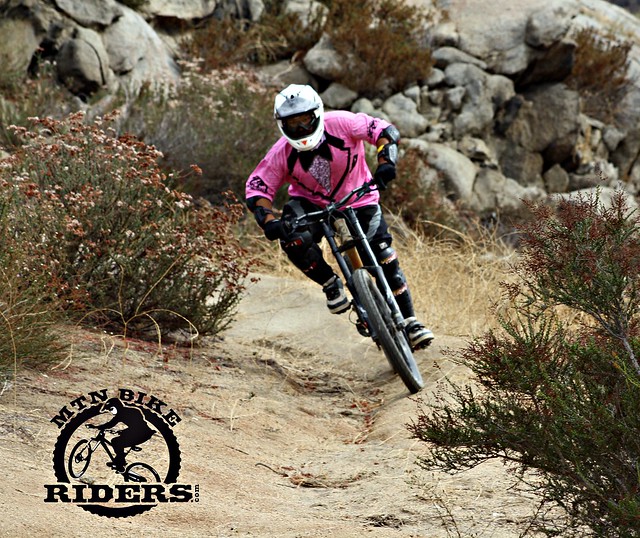 The tuxedo jersey is pretty versatile. You can wear it on Casual Fridays, and if you’re brave enough, you can wear it on Tuesday. Plus its formal enough where you can show up to a wedding with it on and not be over dressed. Since it is made out of performance-wicking fabric, you can do some downhill runs and meet the family for dinner without having to change.