Please help us welcome the newest member of the Race Team, Neal “Hollywood” Bryant. You may recognize Hollywood’s name “Neal Bryant” from the Airborne Flight Crew. We met Neal back at Sea Otter Classic and when he moved to Socal to work in the motion picture business, we hooked up with him at a race in Southridge. As you can see Hollywood has been initiated into the team by having him wear our highly acclaimed Pink Tuxedo. 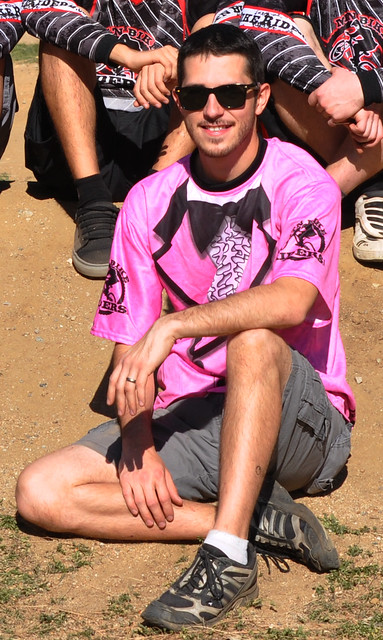 Don’t let this Tom Cruise look-alike-on-a-bike fool ya…he’s pretty decent on these things we call bicycles. Here he is giving the Airborne Wingman a run. 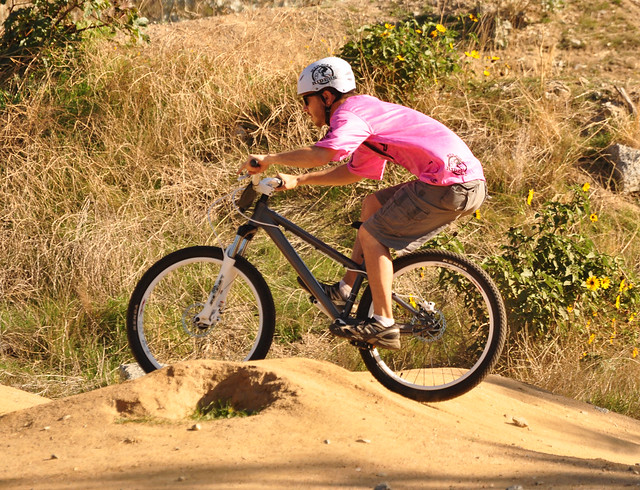 But Hollywood is more known for his freeriding skills. 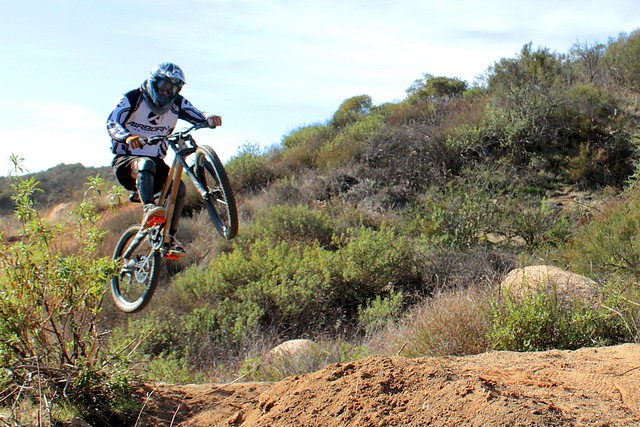 He did a pretty good job in reviewing the Airborne Taka, check it out.

Now that we have that all out of the way, you’re probably wondering how can a guy that came from Arkansas be called “Hollywood?” Well for one, he’s a cinematographer, film maker and camera man, plus he lives closest to Hollywood than any of us from the team.

So there you have it, Neal “Hollywood” Bryant will be racing for MtnBikeRiders.com in 2012!