After racing Super D this past winter at Southridge, I knew I needed to started working toward a bigger travel, slacker bike. I had ridden the Santa Cruz Butcher at the last year when SC’s demo fleet came through town, and had thoroughly enjoyed that bike. I started keeping an eye out online for used frames, and eventually I had success! This started the several month long process of bike building and part hunting. Now that I had the new frame, I put up ads to sell my Giant Trance to help fund the new build. I pulled all the upgrades I had made to the trance off that bike and swapped them over to the new frame, brakes, bars, grips, saddle, & dropper post.

BTW- I apologize for the quality of all the pictures in advance, as they are all from my cell phone as this build came together in free moments here and there and random late nights.

Next I found a used Fox fork. It was a bit of a drive to go get, but worth the savings. Note: This is just a reminder to ALWAYS measure twice, and here is why. I got the headset installed and when to install the stem and found I was 5mm short on the steerer tube. The steerer tube did not even pass the centerline of the stem bolt. Not really enough pot to clamp on to. Now, I had not cut the steerer tube, but I had just tried to install it in the state I received it. I had only eyeballed the length when I purchased the headset which came in two varieties, standard and low rise which left about a 5-10mm difference between the two. “What’s 5mm?” I thought, plus that one’s cheaper. Well, it turns out it is the difference between a safely installed stem and, well, a not so much safely installed stem.

I ordered the wheels new, which was pretty much the only part major part I was not able to find used. Good thing I ordered them early, as they took almost twice as long as expected, 6-8 weeks. But it was worth it! They looked good, and ride even better! For extra stiffness I went with the 10mm axle in the rear, instead of the standard 9m skewer.

The last parts I needed to complete the build at this point was the drive-train. I knew I wanted to but 2×10 on, but had found exactly what I wanted yet. I had been talking with several other friends trying to make a final decision on what I wanted to use for the build when I got a, “Hey, I’ve a whole extra drive-train sitting on the shelf at home available.” It was an offer I could not refuse.

I was finally wrapping up the build and couldn’t wait to get out and ride it. I have neglected to mention, but the same time as I was finishing this build my SS ended up with a cracked frame and was sent out for warranty replacement. Now the pressure was really on to finish the build so I could get out and ride. I had gotten wheels, rotors and cranks on so I was able to finally sit on the bike and get a feel for it for how it was coming along. I scheduled a ride with a friend for the next day and all I had left was to install and tune the derailleurs. The night before the ride I ended up having to work late and had just enough time to run to the LBS for the final part I had forgotten. I did not have the end caps for the derailleur housing! Without these the derailleurs were useless. I literally showed pulled up at 7.00 at night at closing to the closest shop to my house. The lights were off, but I stepped in anyway, and caught them just closing up. Doesn’t get much closer than that.

Here is the info on the build.

One thing I found out after the first ride is that I had incorrectly installed the stem. For some reason, I thought I had a zero rise stem, and I had just pulled it from the previous bike without much inspection. Well, evidently, it is a 5 degree rise and flipping it around made a huge difference in the feeling, mainly on the climbs. It took me several rides to dial in the suspension to a comfortable place, but now the Butcher is nothing but fun…. on the way down of course. I won’t be entering any XC races or hill climb contests on this bike, but I’ll get to the top eventually. The slacker head angle has given me increased confidence on the descents and am able to attack them much stronger than before. I have a Big Bear trip scheduled in a few weeks, and will give the Butcher a good weekend long workout. In the meantime, I have had plenty of fun tearing up the local trails on my new all-mountain build. 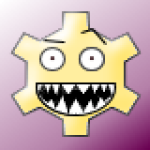 We’ve Got a Winner! Vincent Horne