A confession: until this past weekend, I hadn’t ridden a mountain bike since sometime in July (even though I have a new bike!). Ouch!

For the most part, my riding is done on weekends… I work a chained-to-the-desk office job, and I have two young kids at home, so for the sake of household harmony I don’t often get out during the week (also, I don’t have a light good enough to do night rides – so it’s impossible a large part of the year!). I do bike commute to work and back… but that doesn’t really give me my bike fix… it just eases the pain of not being out riding in the woods!

So… the last few weekends I’ve had 2 specifically planned rides rained out (and trails closed several other times), 1 ride cancelled by a ride buddy (though for a good reason), been hacking-up-my-lungs sick, had my wife and kids sick all at once, and just plain fallen victim to life getting in the way.

But! Saturday morning, I met a coworker at the trail closest to my house and rode for a couple hours. It wasn’t epic, I didn’t have any major firsts or any major crashes. It was just solid riding on a reasonably nice day – and at the end of it, life was better than it had been before the ride. And that’s why I ride… and why I keep riding, and why I get back out there again even after not riding for a while and feeling a little extra-clumsy. Because if you start the day out riding singletrack, you can’t help but have a better day. 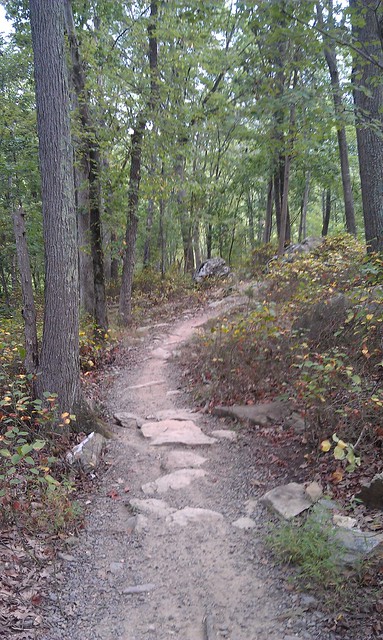 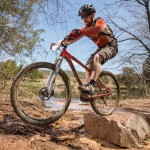 Take Junior with you… Adams Trail A Bike