I received the Serfas True 1500 Headlight back in Spring, but as soon as I got it, daylight savings hit and I rarely used it at night since the sun wasn’t going down until after I was done on my night rides. With Fall in full swing I’ve been able to log in a few hundred miles at night while equipped with the Serfas True 1500. 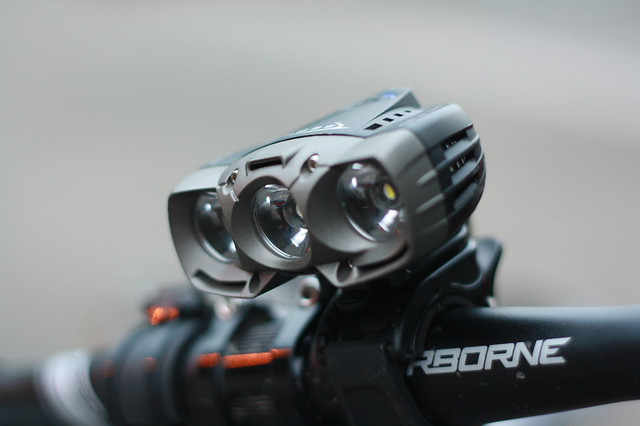 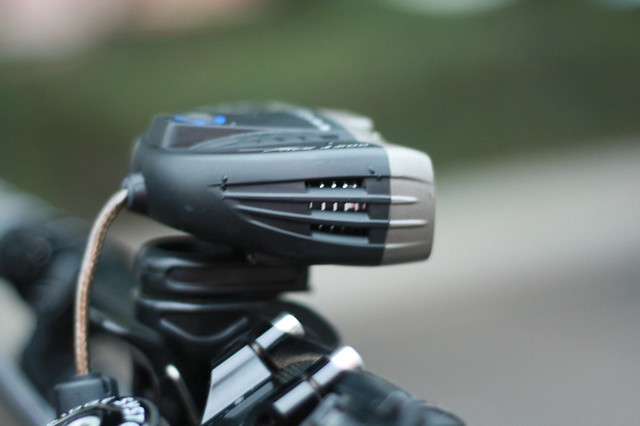 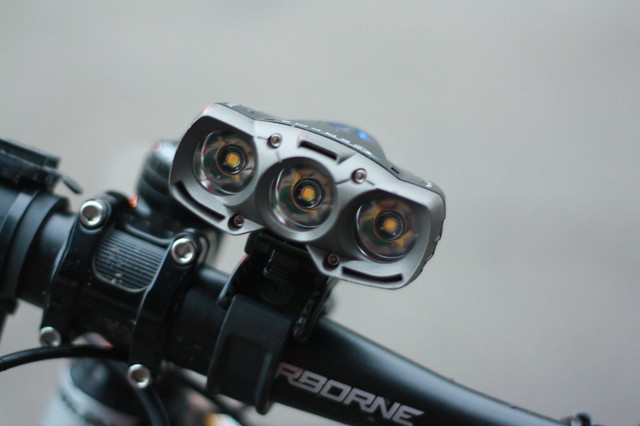 Comes with 3 foot extension cord to allow a user to store batter pack in their hydration pack or on the seat post. 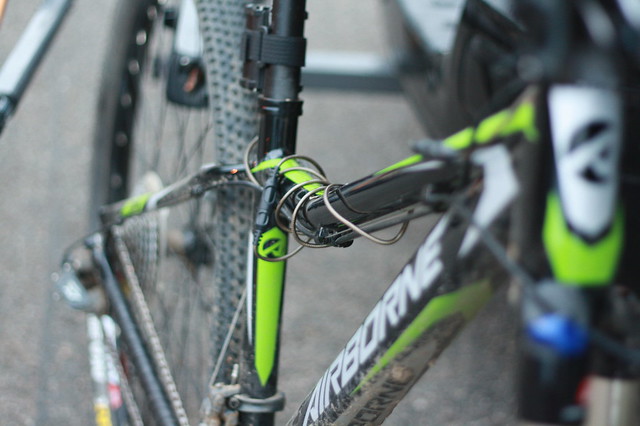 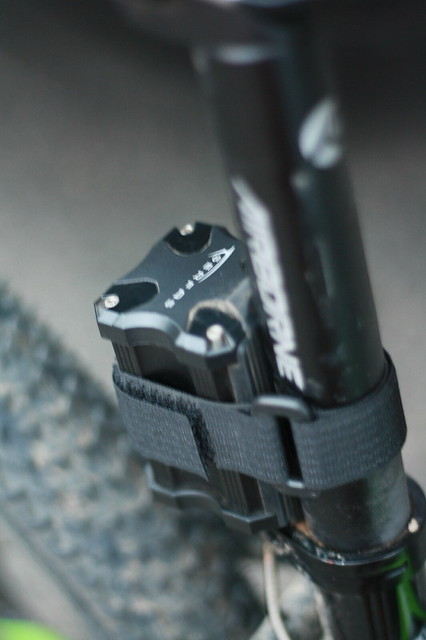 1500 lumens is plenty bright, and I love it! The Serfas True 1500 basically turns the dark into day light. 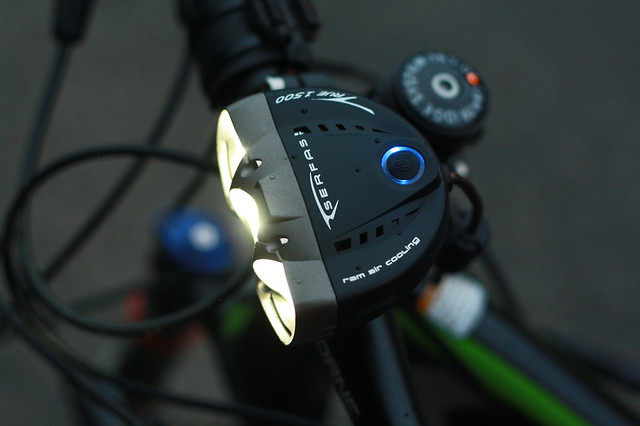 Let’s get down right to it. The Serfas True 1500 has to be THE BEST LIGHT I’VE EVER USED. Yep, it’s that simple. Here’s why. For starters the most obvious reason is that it’s wicked bright. 1500 Lumens is crazy, every time I turn it on I can’t help but say…”Wow…that’s bright!” When things are as bright as 1500, then you can ride with more confidence at night since it lights up the trail like nothing else. 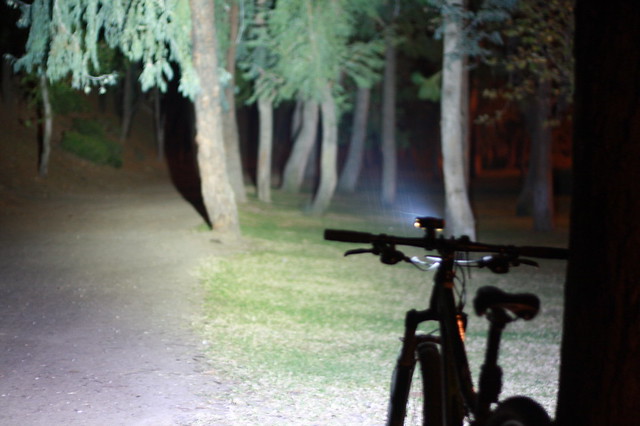 The kit does come with a helmet mount if you’re into that kind of stuff. I left the light on my handlebar and I have to say the mount is pretty darn reliable. I’ve tried other lights where the mount sucked, some would rotate when I hit a hard bump, which could be dangerous. But with the Serfas True 1500, the mount stays put and never budges even when you’re hitting the hardest parts of the trail. The headlight does pivot so you can turn it left or right to customize the angle.

On Overdrive (the brightest setting) I could push out 1.5 hours of light before the indicator would turn to red. Typically when that happens I’d just go down one level, which is still pretty bright and that would still luminate the trail with enough brightness to see without any issues. Charging time was just a few hours, I basically would plug it in, do some work and by lunch time, the battery is fully charged! Overall I was EXTREMELY happy with the Serfas TSL 1500 LED light set, I had no issues what so ever with it. The lights worked as they described, battery life was pretty reliable, handlebar mount was superb and I can ride faster at night since I can see where I’m going. If you’re in the market for a high powered bicycle LED light, I’d highly recommend you get the Serfas True 1500, you won’t regret it! 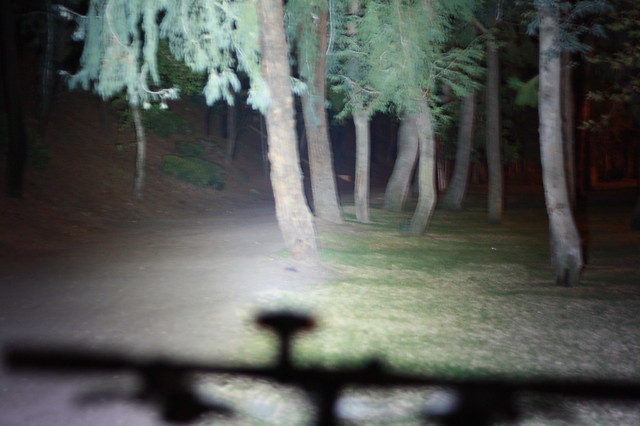 Would it be wrong if…

I took the wrong PATH