COMMENCAL has always been a bike that looks cool to me. If you have never heard of this little company from Andorra, they have had such riders as Anne-Caroline Chausson, Cédric GRACIA, and the powerhouse cycling family “the ATHERTONs on their bikes. Winning races all over the world cup circuit. Since 2000 this small company has made a big impact in a short time.

SUPREME DH WORLD CUP
The flag ship SUPREME DH WORLD CUP leads the way with all the bells and whistles you need to take on any World Cup course. Top of the line Fox suspension, Formula Disc brakes, SRAM XO, RaceFace cranks, and E-13 Chain Guide you are ready for that rainbow jersey. 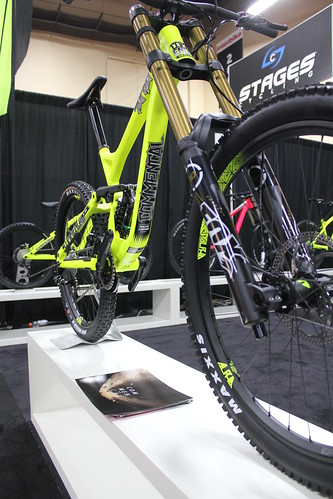 SUPREME DH : CAN YOU SAY PRETTY FAST IN PINK
Now don’t take this one lightly, the SUPREME DH may not be the top of the line, but it will take you to the top of the podium if you have what it takes. It shares a lot of the same company components, but just the the next step down. 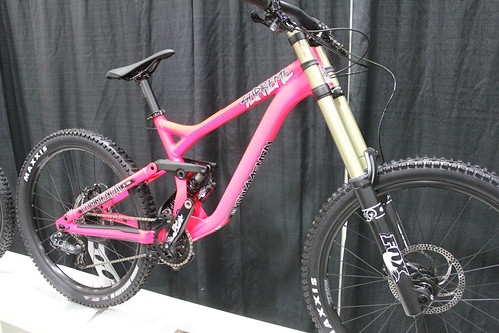 A closer look at the rear suspension gives you a super plush ride in the rough. 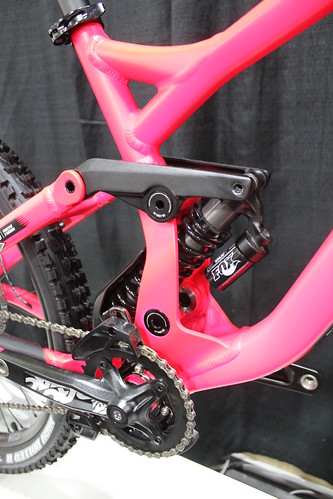 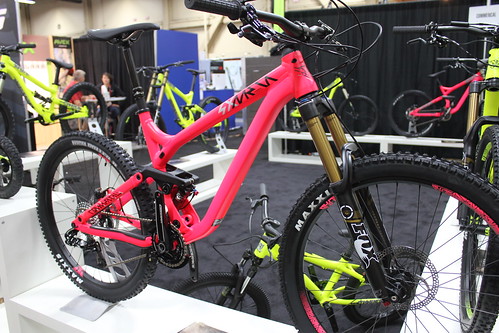 FOR THE LITTLE DOWNHILLERS IN THE FAMILY

COMMENCAL didn’t forget the little one’s in you clan. They are one of the few if not only manufacture that makes a 24″ and 20″ mini DH bicycle called the SUPREME24 and 20. This is the coolest thing to see out at your local races and I just love it. Makes me want to go have a kid just so I can buy one. “WOW I didn’t say that!!”
Also COMMENCAL has their Push Along called the RAMONES 12, which is disc brake compatible. 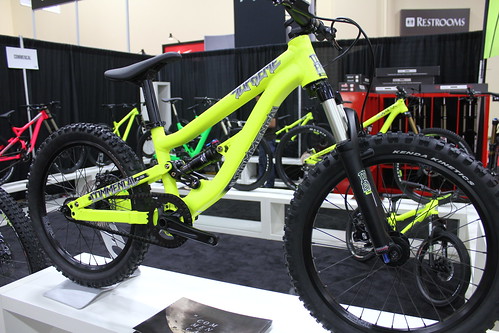 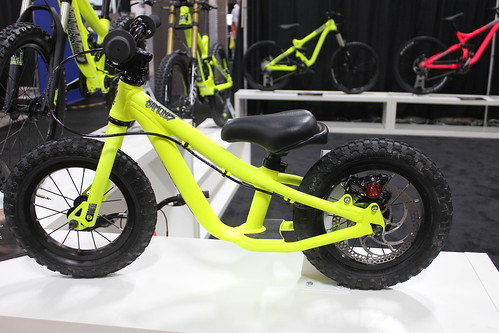 The colors may be a little bright, but one things for sure you will be noticed when you cross that finish line and to see more about the COMMENCAL line go to commencal.com.