We can now officially add that to our resume of bad-assery. Yes it’s possilutely true, Art Aguilar and myself were asked to be “models” for a recent Maxpedition photo shoot. With that in mind I had asked Nep of Black Tiger Beef Jerky and Dustin Roe from The Derek Zoolander Center for Kids Who Can’t Read Good and Wanna Learn to Do Other Stuff Good Too to join us in our debut in the world of male modeling.

Our day started pretty early, here we are for the “prep” scene. Yep, that’s my Limo being used as part of the shoot. 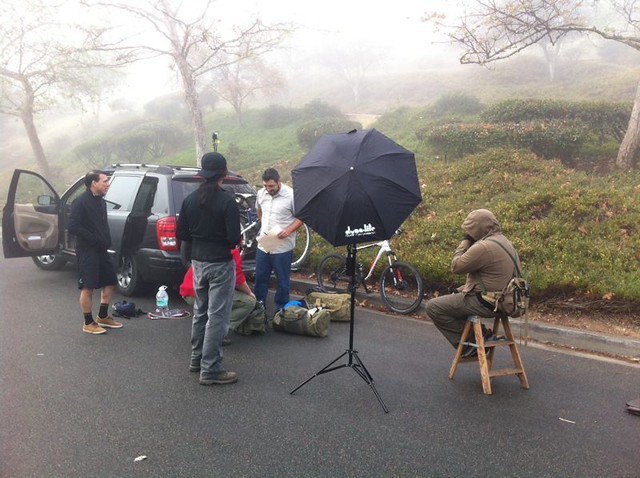 The Maxpedition crew were top notch and super classy. Not only were they great guys to work with, but they’re super cool and their bags are pretty legit! The photographer was none other than the world famous Ming Wu. Mr. Wu had done quite a bit of work for Maxpedition as well as other clients in various industries.

In this photo, Art was given directions by Mr. Wu on how fast and where to ride down the trail. This was taken at Stair Steps in Aliso Woods. One thing with doing these shoots, you end up doing the same shot over and over again. Each time we went down the trail, they’d have us do it again with new adjustments made to the bags or our own gear. 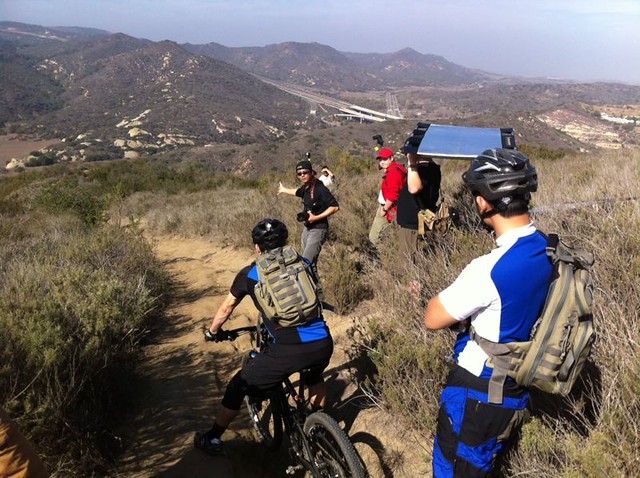 Though we’ve only seen just a few photos from the shoot, they did provide us with some that we could use for the site. They plan on using the other photos for various campaigns, catalog pages and other marketing collateral. 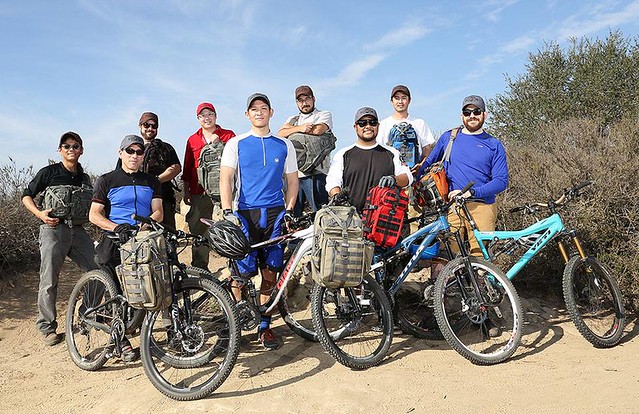 Here’s some of the shots of Art that was recently used for a Maxpedition Facebook contest. Art is wearing the Maxpedition Sitka Gearslinger. 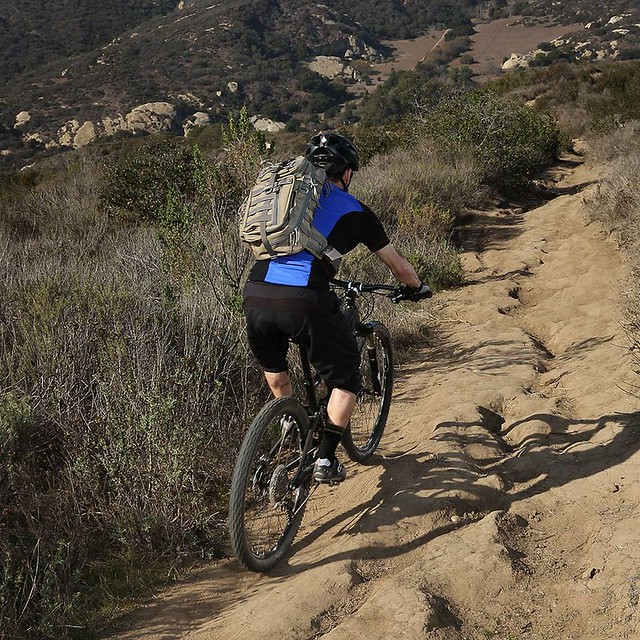 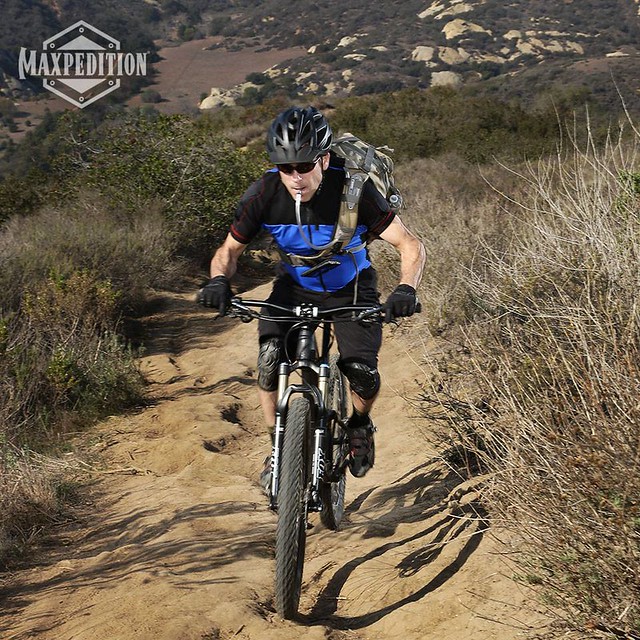 We’re hoping to see more of the photos in the near future. Once they’re available, we’ll make sure we share then with you all. Oh and yes we will gladly give you our autographs.