Not sure what I did on the title…It was supposed to read “A Bike Built with LOVE.” Eh anyway, let’s continue with our regularly scheduled program…As you may have previously read. I bought a Titus Rockstar Carbon 29er for LadyP as her Un-Valentines present. Much like any other person who would like to buy a Titus Rockstar, I went to the Planet X website to order one. I picked the size she needed (small) and hit Add to Cart and bought it. But before I checked out of their shopping cart, I had left a memo to have “El Guapo” draw me a unicorn…

I get the frame a few days later and here’s what I got. 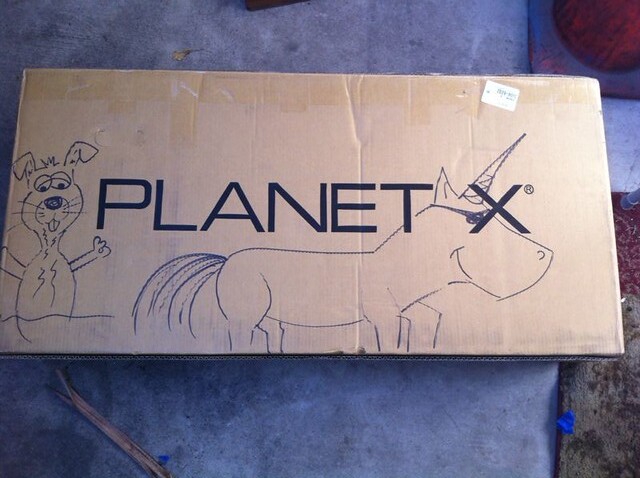 More on the other side. 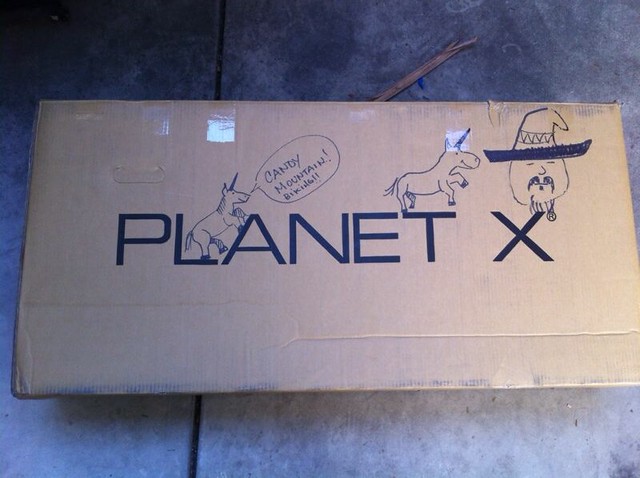 This was inside the box. 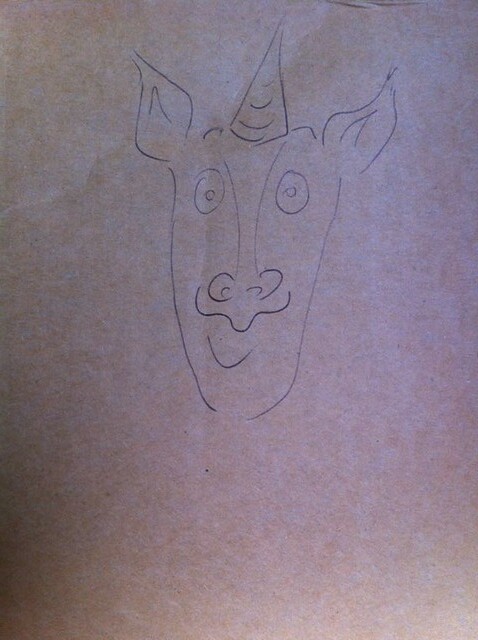 Ok so after some time waiting for parts to arrive and issues with having to bleed brakes, I finally finished it! Check it out kids! 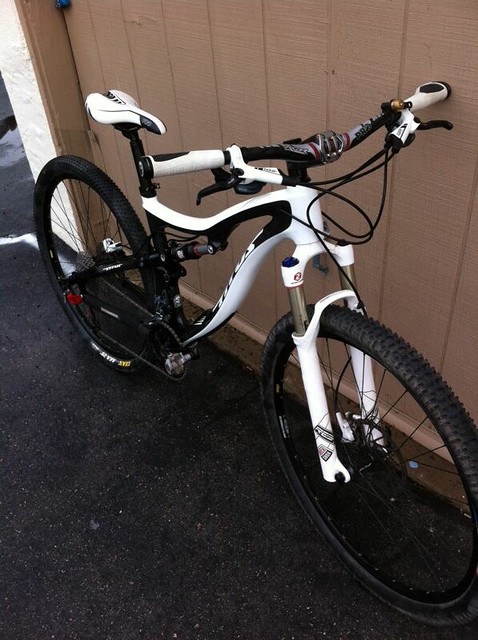 I love how it came out. The color scheme worked out great. Black and white is so classy. 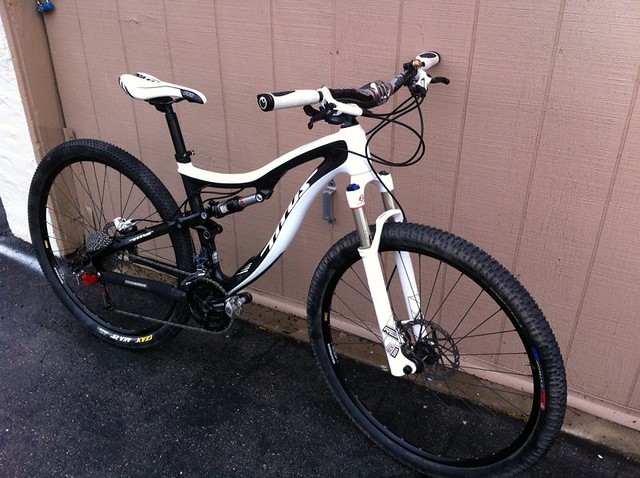 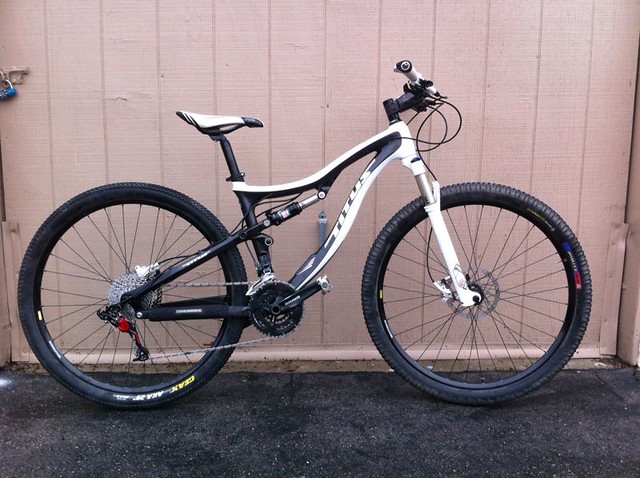 Here’s LadyP with her new bike on it’s maiden voyage. 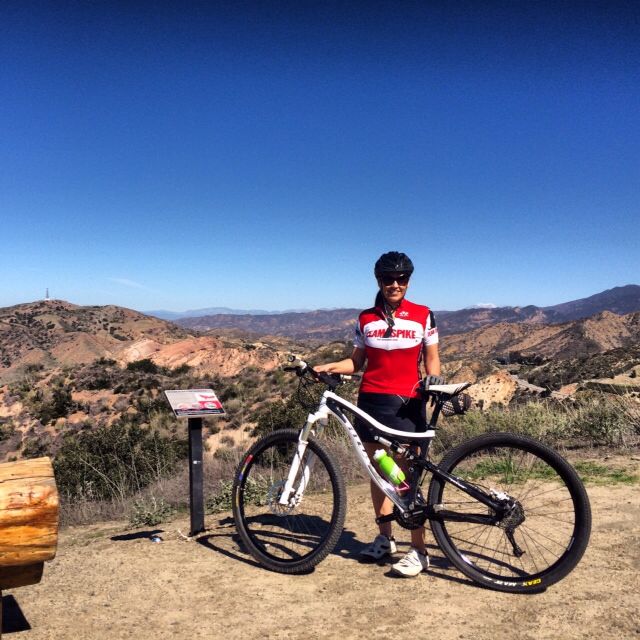 So if you’re wondering what’s so special about this build. Well, let me get started! For about a year LadyP rode the Airborne Hobgoblin 29er. Great bike but one of her complaints about it was the 2×10 drive train. She just couldn’t get used to the gearing on it. About later on in the year she spoke to a friend of ours who bought a carbon Rocky Mountain. He could talk for hours on the benefits of carbon and by that time she had drank enough Kool Aid to be convinced that she NEEDED one.

That spawned a hunt for a great deal for a new frame. I figured we’d harvest the parts from the Airborne Hobgoblin that we bought a year ago to build up a new bike. After some time window shopping, I finally had the funds to decide on the Titus Rockstar Carbon. I spoke to El Guapo at Planet X and he gave me industry pricing and in about 3 days, the frame arrived at the World HQ of MtnBikeRiders.com.

Right away I started building the frame up. One thing with the Rockstar is that it has internally routed cables. That meant that the hydraulic hose for the rear brake had to be cut and reinstalled. It should have been an easy process, but somehow I botched that job and Adam Spik helped me fix it.

Rather than going back to a 2×10, I sourced some used but in great condition parts. I went with a SRAM 3×10 drive train.I figured LadyP would love the fact she has a granny gear now. For the most part, the groupo from the Hobgoblin was transferable with the exception of few small parts like the bottom bracket, seat post and front derailleur. For those parts, I ended up buying them new. The total build took me about a few weeks to complete, simply because I was waiting for parts to arrive.

At the end of the build, the bike weighed in at 27lbs. Not bad considering it’s a FS 29er. But I’m sure weight weenies would balk at the idea of a 27lbs carbon bike. For that reason, I have considered upgrading parts as they break or depending on how much of a good deal I can get. But I told LadyP that breaking parts intentionally won’t count…

Here’s a photo from our most recent ride, Titus Twins!