As you may recall I talked about Burt Reynolds getting a facelift. So after giving it some more thought and double checking with LadyP to make sure I can part out her old bike, I went to town on Burt the following morning.

After spending some time to strip the KHS XC604 of its parts, I started doing the same for Burt. I removed all of his single speed parts. The process was pretty seamless. The KHS had the same cable stops as Burt. So that means when I installed the cables, it went in easily. I did have to trim some excess housing to make a perfect fit.

I took me less than an hour to do the whole conversion. To my surprise, the bike came in at 26.5lbs with my DH pedals. 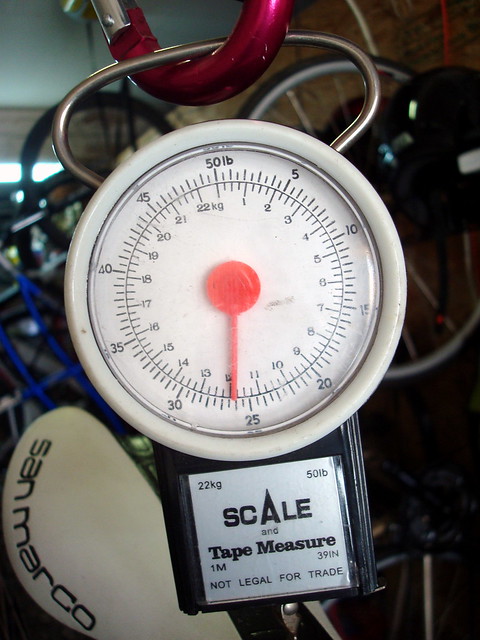 Here he is looking all sharp and stuff with his new drive train and brakes. I guess I lucked out that the color scheme that LadyP picked for her bike ended up working for Burt. 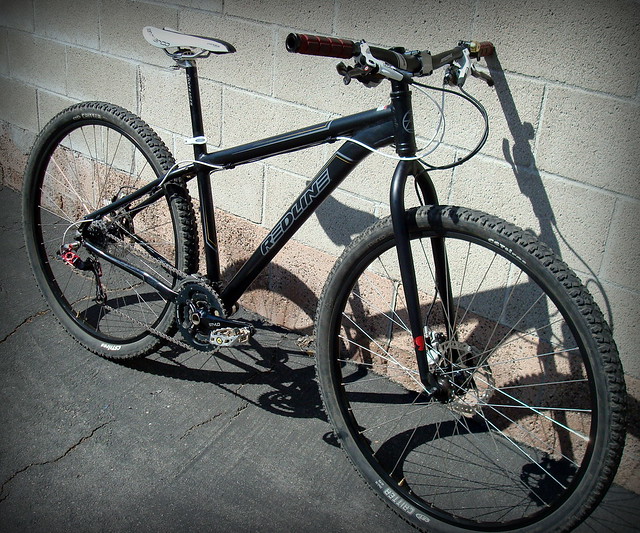 The white and black really go well together with bits of red to accent the whole bike. Burt also got a set of Avid ElixirR brakes, way better than the mechanical brakes that he came with. 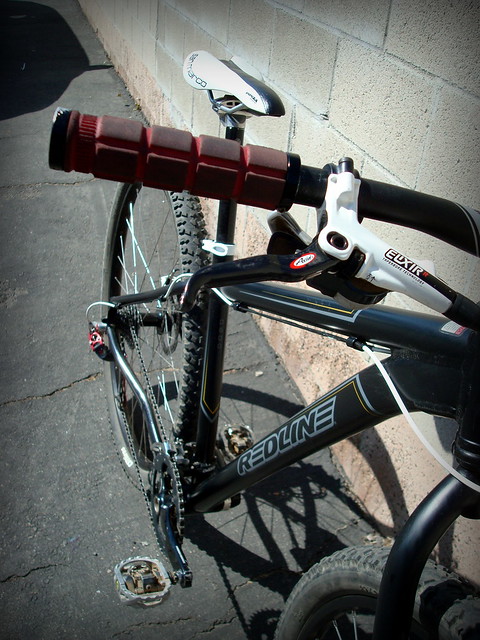 LadyP was pretty good to her drive train. It just needed to be lubed and it was ready to go! 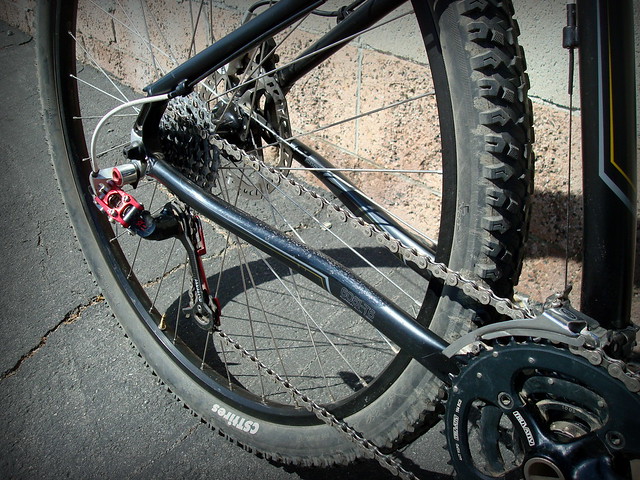 Later that afternoon Burt and I headed out at the world famous Fullerton Loop. First thing I noticed with Burt and his new drive train, rides nothing like the 2×10 that’s on the Airborne Goblin. One thing I’ve come to love on the Goblin was the 2×10, it just feels more efficient on the flats. But one thing Burt did well in was climbing, thanks to his granny gears of 22t/34t. 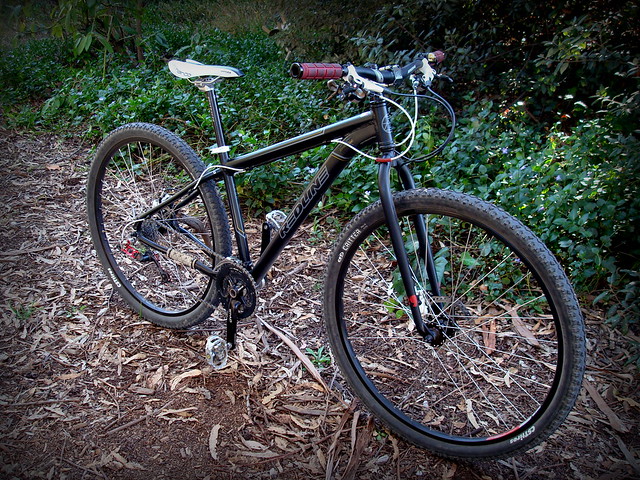 I found that on Burt, I was on my big ring quite a bit and noticed that I was cross chaining by using the 28t-32t. I am assuming I was doing this because it’s what my legs have grown accustomed to while riding the Goblin. Just like with any bike I test or have ridden, it will take some time for me to get used to everything about Burt. When I converted him over to a single speed. It took me at least 5 rides to finally like how everything was. From cock pit to gearing, it all took some time to get dialed in. I figured it’s going to be the same story with Burt this time around. One thing I did change, and will probably change again by the end of the week is the handle bar. I’ll need something wider since I like my bikes to have short stems and wide bars.

Though Burt Reynolds isn’t a new bike to me, having this new configuration sure feels new and it’s got me all excited! I’m working on procuring some better parts for him, so who knows what he’ll end up with in the next few weeks.