This past week I traveled to Maui. After many trips to Hawaii, I was finally going to get to ride! Needless to say, I was super excited! Prior to my arrival, I’ve been in contact with West Maui Cycles which was located in Lahaina, the same city as our hotel.

We arrived in Maui on Wednesday. On our way to our hotel, I stopped by West Maui Cycles to pick up my rental. Only bike they had available was a Giant Trance in either a small or a large. The guy helping was Aaron aka “Moose”. If you have seen The Collective, you may remember a segment where they rode in Hawaii. Their guide for that shoot was Moose. 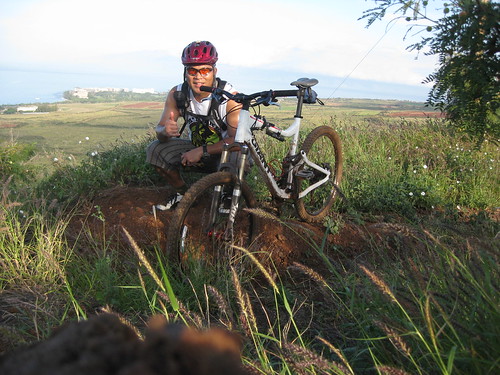 With my rental – Giant Trance. Lanai behind me

My original plan was to ride at the Makawa Forest, however the trail was on the other side of the island and I was there for a company function, so I didn’t want to be too far away. Moose gave me directions to a trail that he’s been working on called Nillpes (It’s actually a body part but since this is a PG site we’ll change it a bit). It’s located just outside of there shop. Being in the same city, this would be a perfect fit for my schedule. 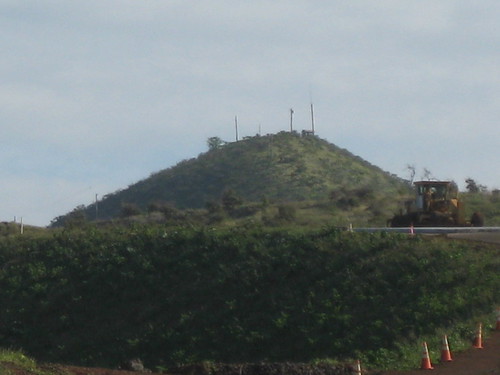 Moose drew me a map…a couple of landmarks, turns here and there…climb… and singletrack. He swapped the stem on the Large Trance with a shorter stem and I was good to go! I also rented a bike rack for $5.00.

Excited for my ride I made sure to turn in early Wednesday night. Thursday I was up at the crack of dawn. I followed Moose’s instructions and headed to the trailhead. I parked at a shopping center and rode in. The trail started off relatively flat, riding through red dirt. Just about one mile in, the ascent started. I reached the base of Nilppes and continued to climb. Nilppes was an actual hill that I would have to ride around to get to the top. At this point, I had only gone about 2+ miles but I was soaking wet! There is a lot of humidity in the islands thus making this a warm ride at 7:30 am. I wasn’t going to let this stop me. The directions that Moose gave me were very accurate and I knew there was a singletrack at the top! 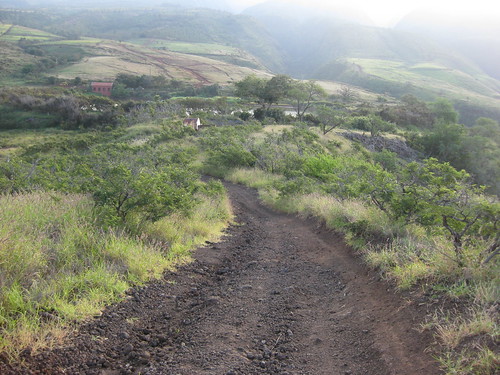 Looking back from the top

Portions of Nilppes was a rock quarry. As I made my way around the mountain, workers were starting their day. Several passed me on their work trucks giving me the “shaka / hang loose” sign. The steepest of the climb was the last stretch just before I reached the top of Nilppes. At top, I took a short break and examined the first parts of the singletrack. Loose dirt! I lowered my saddle and started down the singletrack. It was pretty flowy but apparent that not enough people are riding it. As I got closer to the trees, I was surprised with a little wall ride that was built on top of a pipe that ran through portions of the trail. 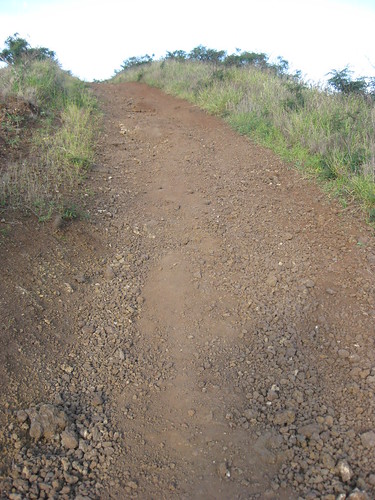 The climb up on loose gravel 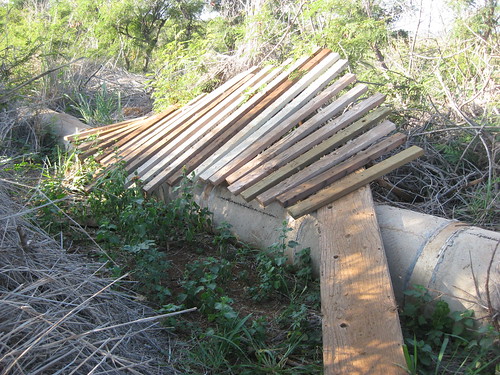 A bit uneasy, I walked through this part; little did I know there were more surprises coming up. All of a sudden the trail started to get technical. I came up on a some rock drops that was a little over my skill set. Shortly after this I ran into the pipe again. This time there was a teeter-totter on it. This ended on what looks like The Great Wall of China (see pictures below). Past this section was more singletrack that eventually led to the fireroads that I rode in. 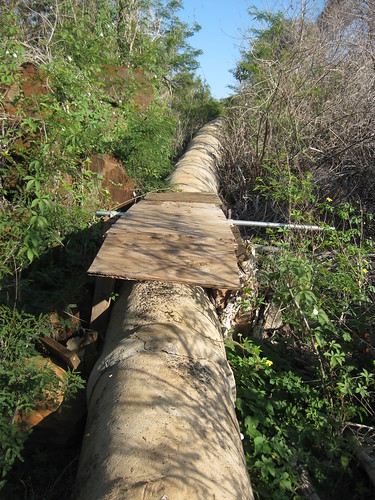 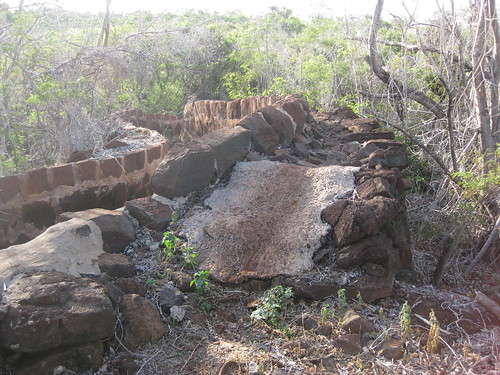 Part of the trail, what appears to look like The Great Wall of China

Once I knew I was nearing the exit, I hooked up with the main road and did the loop again. It took me this long to ride in Hawaii, I might as well enjoy it as much as I can. The ride was a good one considering I walked portions of the technical section. The ride is different from what I was used to, regardless I had a great time! Cant wait for my next trip to the islands!