For several years Turner followers have been waiting patiently for the RFX, their 6” model. Since they’ve partnered with DW Link, this was the only model that hasn’t hit production. Rumors floated around the mountain biking world of sightings, yes it’s in production, etc… but the truth is it not currently available. Many have been waiting for this model to hit the market including myself. 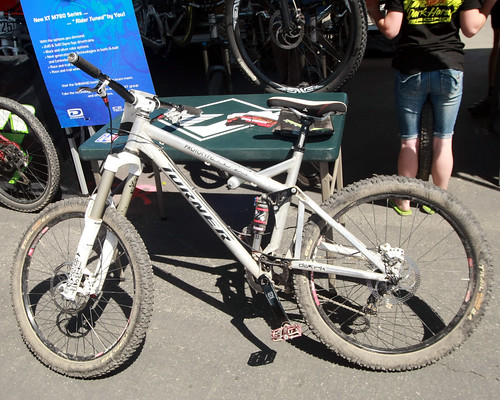 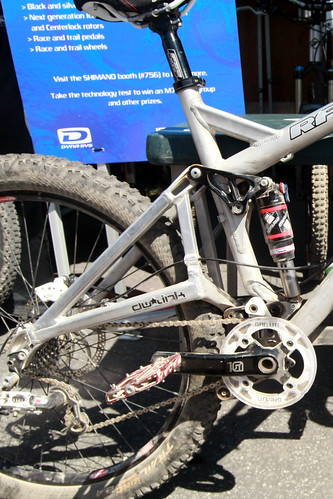 At the Sea Otter, I was able to finally see it. My previous trips by the Turner booth, the RFX prototype was not available. Then late Saturday the bike was there! Turner DarkHorse racer, Jeff Williamson was getting ready to race downhill with it! 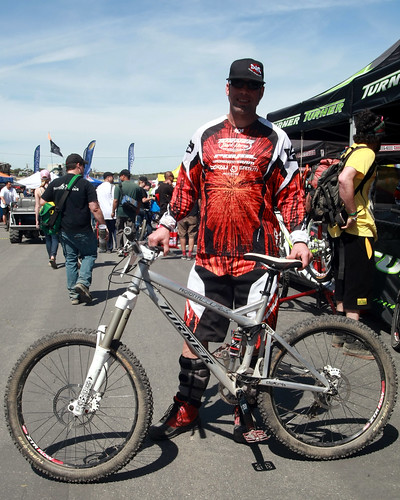 While still in prototype, the buzz is out there. This bike is SICK!!! Specs are subject to change therefore Turner did not go into detail when speaking about the RFX. In the meantime, check out the pics and let’s hope that we see something by the end of the year! 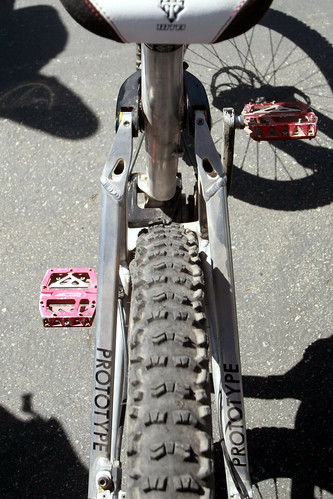