A couple of months ago I posted my DIY Hydration pack. RL mentioned that he wanted the bag and asked if he could do a review on it. So I figure Iâ€™d put it to the test and see how well it measures up to the pros. Who better to tell you the bitter truth than your own blood. So I guess weâ€™ll see what he has to say about it. Here’s how the old pack looked.

In the mean time, I made a second bag to use during the testing period. But this time I used the new digital camouflage pattern that the Army is using. Iâ€™ve found a few improvements to the bag and incorporated it in the new design. 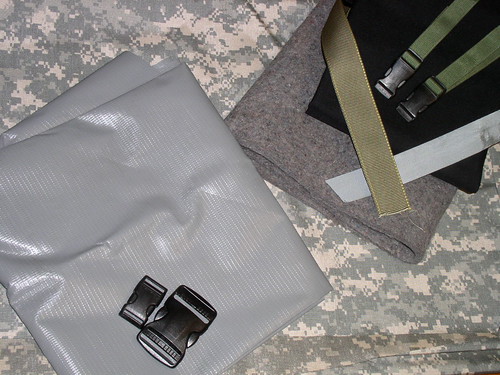 Same materials were used from the previous project other than the camouflage pattern. This time around, I used the rugged sports zipper for the pockets. These should last a lot longer that the ones I had on the first bag. 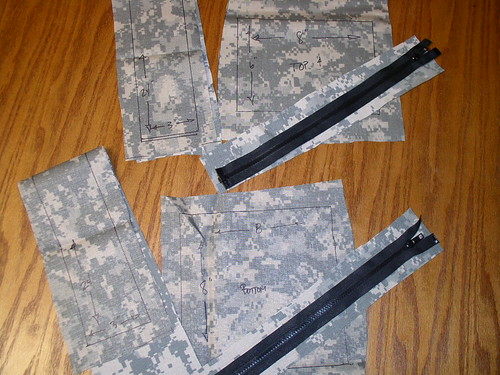 Iâ€™ve reinforced the slit where the hydration hose protrudes from the bag.

A cool design placed on the back of the pack.

Velcro pieces on the running ends of both shoulder straps, chest strap, and waist band to prevent slippage.

Reflective tapes sewn to the front and back of the pack. 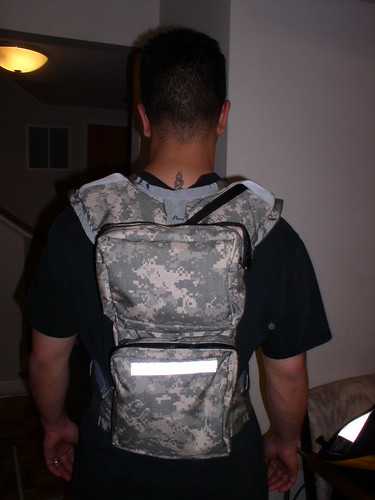 Wider shoulder straps to prevent shoulder pain from carrying a lot of weight. 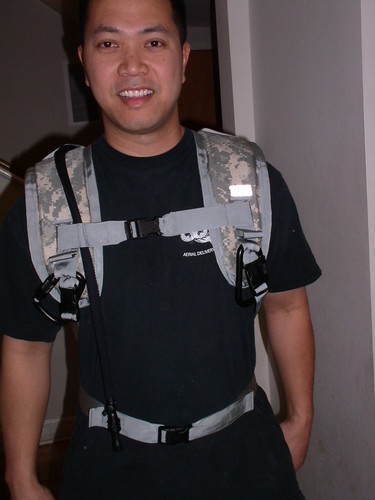 Hereâ€™s how the finished product looks.

The hardest part about putting this project together was cutting and measuring all the pieces. Once that was done, putting them all together was a snap. These minor changes Iâ€™ve done from the original design to the new one made this hydration pack so much better. Not only does it look better but it actually functions better as well. I hope that the prototype hydration pack passes RLâ€™s rigorous tests. I guess we’ll find out in the next couple of weeks.