I’ve mentioned my wicked-kick butt Diamondback Wildwood Tandem on here more than a few times. When we first raced it back in the fall of 2010, it had some humble beginnings and it needed so many upgrades in order to make it somewhat worthy for off-road use.

The first of many upgrades it received was a suspension fork, but even that fork needed some help. Leaking oil and air, it was due to have it serviced. I had scoured the Internet and called a few shops to see if I could find someone to perform the needed service on the fork. But I ended up ordering the service kit for about $11 and went to work in my garage. Within an hour, the fork was good as new. 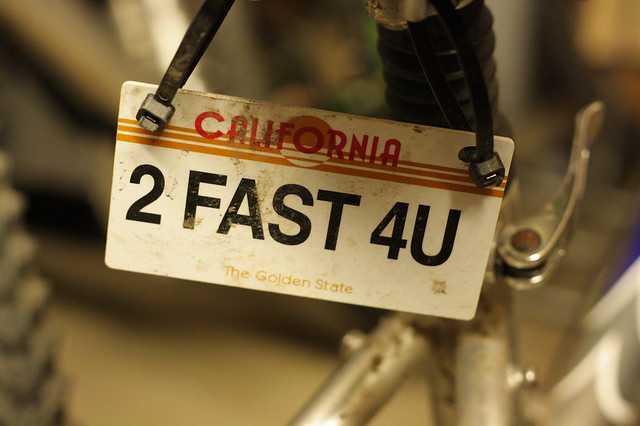 The next major upgrade was its drive train. It came with an 24speed set up and the rear cassette was a MegaRange with a 34t. Though the 34t helped in climbing, I just couldn’t find a happy medium when I was pedaling, it was either too high or too low. I decided to slap on the 36t cassette that I purchased from a recent review I wrote about. 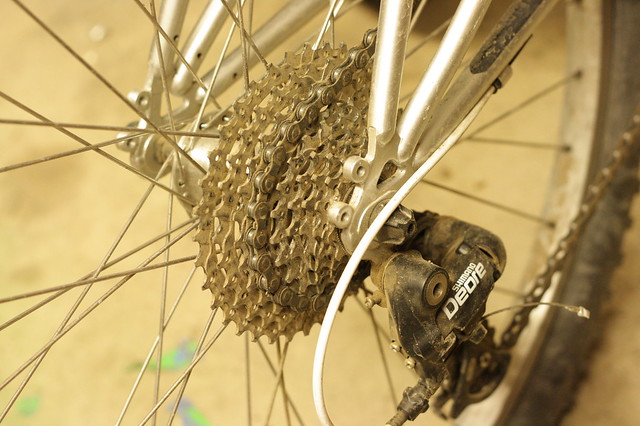 I then mated the new 9speed cassette with a set of LX shifter pods that I bought off ebay. You’ll also notice that I’m now running a set of Avid brake levers. More on that later. Mind you, prior to my upgrades, the bike had an 8speed Rapidfire shifter/levers. 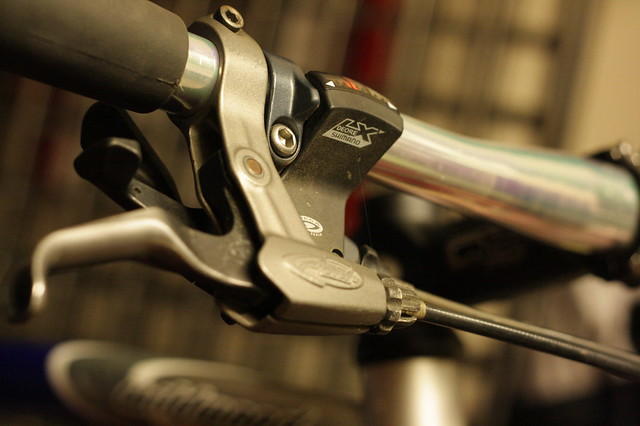 Check out my new set of Shimano MX pedals with alloy body, got those from a swap meet for $5! 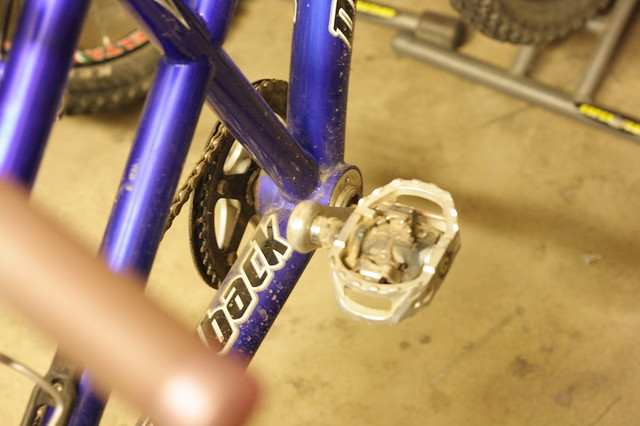 Here’s why I mentioned the Avid brake levers, its to match the front Avid BB5 disc brake caliper, and yes that’s a Dirty Dog MTB Web Rotor (Thanks Nick DeBeer!). 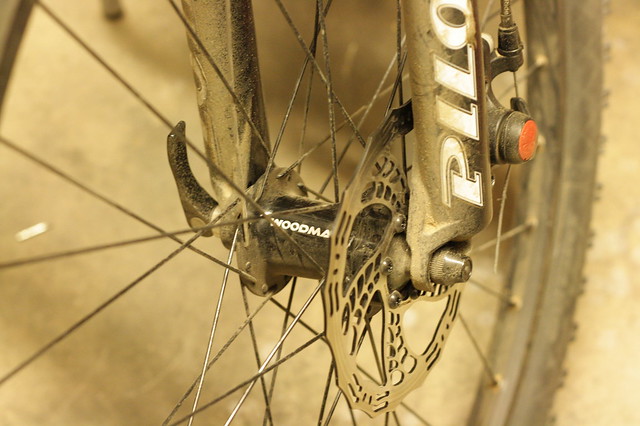 The Ergon GC3 grips are awesome for comfort and added leverage. One thing I learned with the tandem, the wider the Captain’s bar is, the easier it is to handle the bike especially when you’re riding through technical terrain. That 30″ silver bar, got that at a swap meet as well for $5! 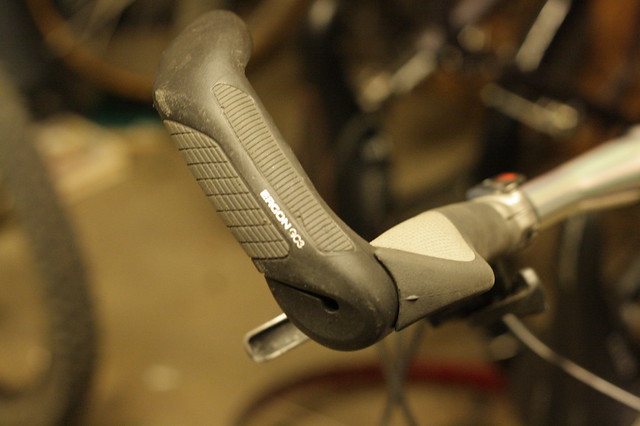 One of my goals with the 2Fast4U tandem was to ride up a trail called Cholla and down Rockit in Aliso Woods, Ca. My daughter and I accomplished that today. Though our climb up to Cholla had some breaks in between, our time down Rockit was a blast! Aleah did a great job as my Stoker and lucky for me, she didn’t fall off!

Are you working on your own bike yet? Or are you still paying someone to do it for you?

1 thought on “The 2Fast4U Tandem Update”