A few years ago we did a video showing how we converted standard tires and rims to tubeless, or some might call it “Ghetto Tubeless.” Since then I’ve converted a number of my bicycles to this tire system. One of them was my downhill bike, the Airborne Taka.  I had raced 2011 and part of 2012 with the ghetto tubeless and never had I flatted during those events. In fact, I had never flatted with the Ghetto Tubeless with the Airborne Taka.

Fast forward 3 years later, I’ve maintained the ghetto tubeless on the Taka and found myself at Snow Summit Adventure Park in Big Bear, Ca. This was actually my 2nd trip up there with the Taka with this tire system. 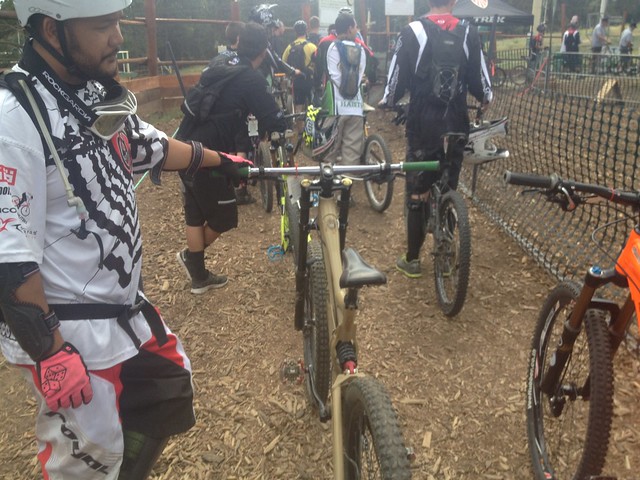 During our second run through the trails I distinctly remember my rear tire hitting hard against a sharp rock. I recall hearing the “DING” on the rim. Sure enough, I had a flat…or so I thought. 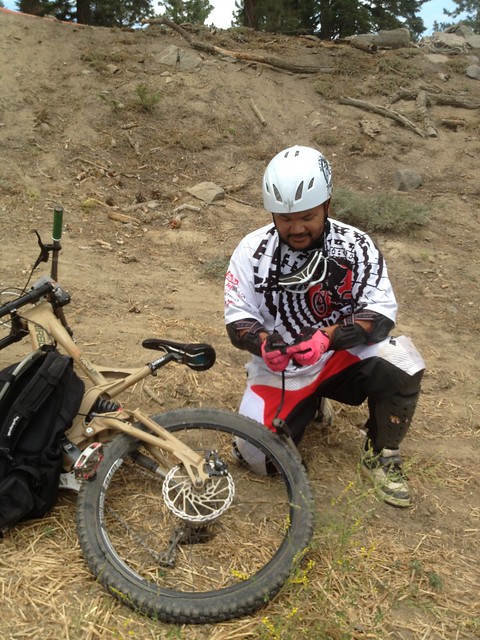 Here I am trying to pump the tire back up. I was planning on changing to a tube, but the Taka has bolts on the rear wheel and I didn’t bring a wrench. So I sat there pumping and pumping in hopes the Stan’s Sealant would start to work its magic. I kept hearing air hissing out of the tire, but I kept at it.

Eventually the sealant found its way to the leak and did it’s job by patching the hole from the inside out. You can see where this occurred on this photo. From the looks of it, I had “burped” the tubeless. This is means the tire broke apart from the bead and the seal came apart, causing air to come out. Lucky for me the tire resealed it self and within 10-15 minutes I was back on the trail! 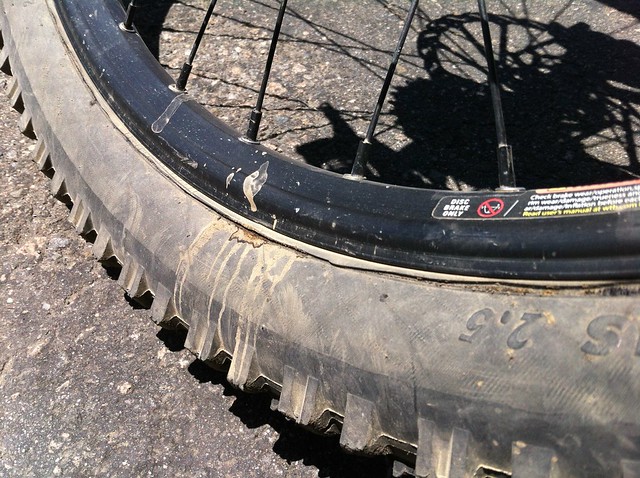 This was taken 4 complete runs after I had initially flatted. 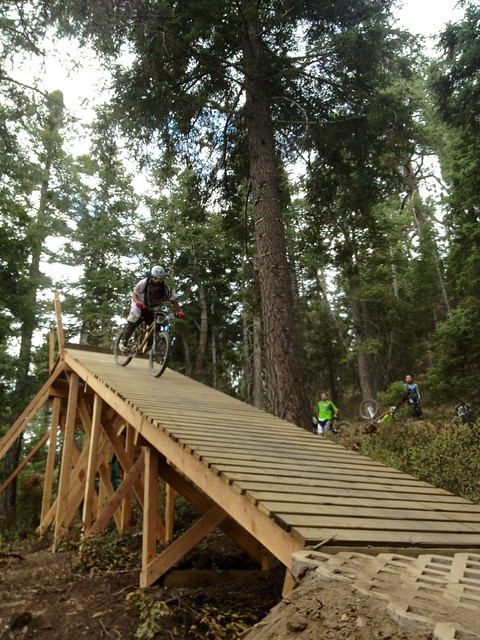 If I may add, Lady P was riding the KHS Lucky 7 with the same Ghetto Tubeless system on the tires. No flats that day! 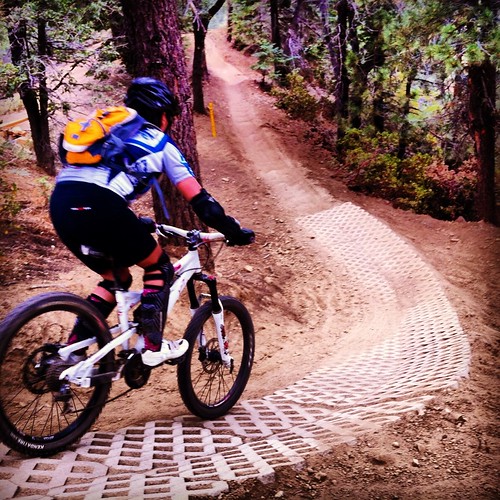 So why do I keep my DH bikes (Taka and Lucky 7) with Ghetto Tubeless? Couple of reasons, for one you saw that its self sealing in most situations. Secondly, I like to run my tires at low pressure when riding downhill. Low means 27-32psi on the tires. This allows me better control and grip on some of the terrain that SoCal dirt has to offer. Not all my bikes have tubeless, but for my DH bikes, it’s something I make sure they have installed for situations like the one above

All projects have been put on hold…