I’ve brushed the Woodstock 707 Frame to make it all shinny. I still have some spots to treat and remove old paint, but for the most part the frame is starting to look good. But from what Khoa told me, I can get that frame as reflective as a mirror if I use some elbow grease and Mother’s Aluminum Polish. Since I’m strapped for cashola, that portion of the project will have to wait. I’ve also learned that aluminum will oxidize..kinda like how silver tarnishes.

So here’s where I’m at. I reinstalled the rear triangle just to get an idea on how this will look. 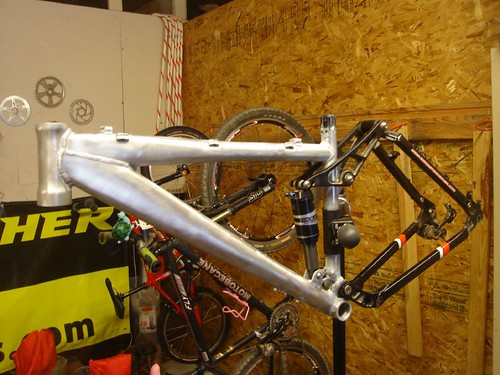 I rebadged the 707 with some new stickers that I had in the garage…Now this bike is the KHS Bicycles…Full Suspension Evomo. hehe 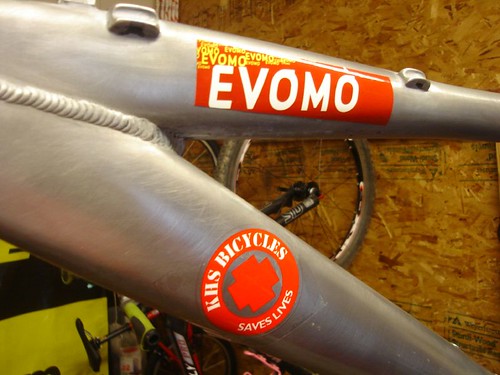 Check out this decal that I had. This iron cross makes it look legit! 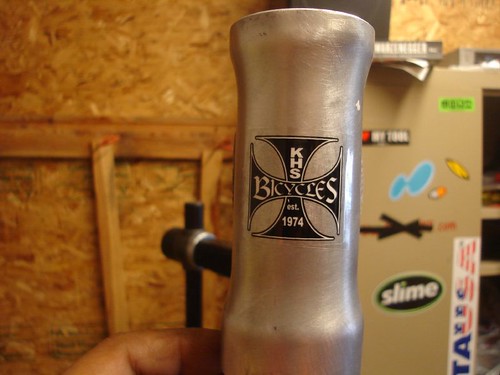 I still have a few more things in mind in getting this frame exactly the way I want. Stay tuned. 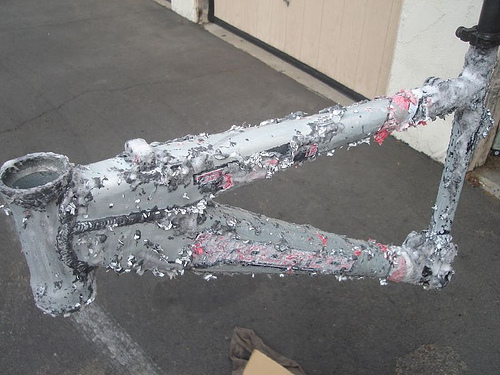 I currently ride the Woodstock 707. It’s been a great bike, but I wanted a little change with the scenery. Actually I wanted a dramatic change. So the best way to mix things up with a bike other than spending tons of cash for new parts is to paint it. But I’m not really going to paint it. I just want to achieve a brushed aluminum look on the frame. So let’s get going on how to strip your bike’s paint.

First thing you need to do is remove all the parts from the bike. I am only stripping the frame portion of the bike. I’m leaving the rear triangle the original color, its to add some character to the project. 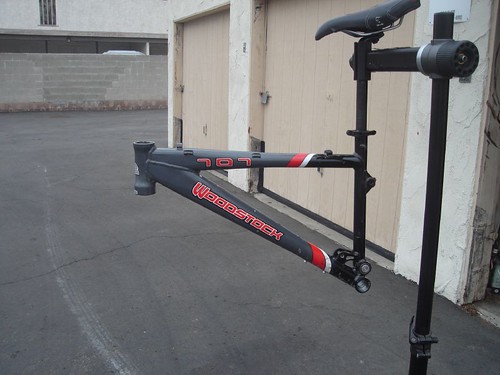 Try to remove all of the suspension bearings. If you can’t, just cover them up with some tape like I did.

I then weighed the frame to see how much paint comes off the darn thing. It’s right around 4.5 pounds. 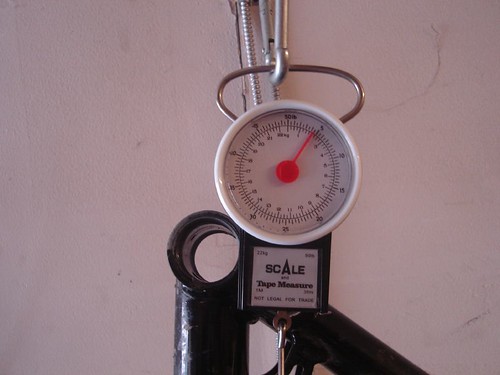 I picked up this foaming paint stripper from Walmart for about $5. 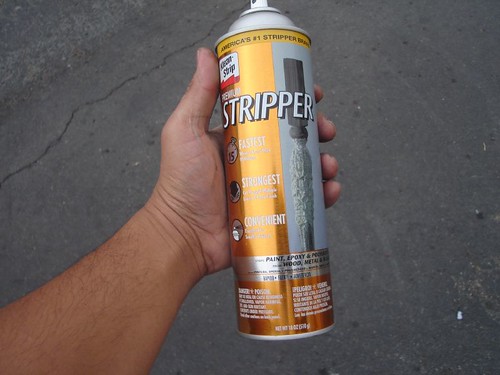 I sprayed the frame, I ended up using the whole can because I treated it twice. The OEM paint was really thick. 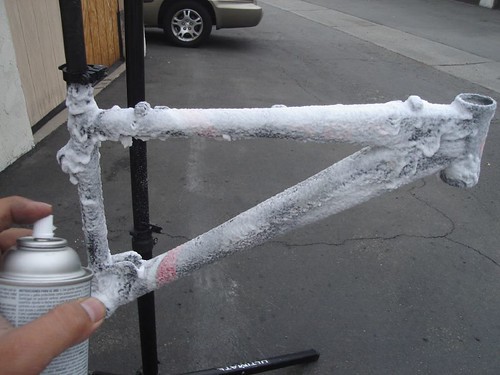 I waited about 15-20 minutes for the foam to do its stuff. Then I started to wipe off the paint.This is after the first treatment…gnarly eh? 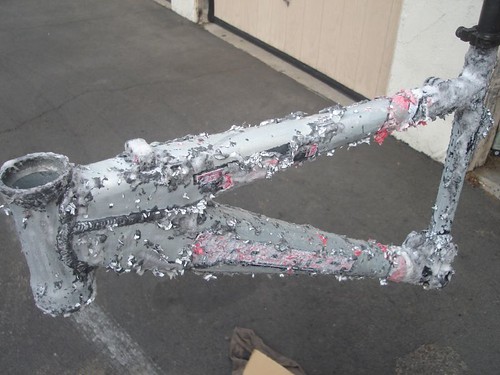 After cleaning up the frame, I wanted to see how shinny I could get it by using a brush attached to my power drill. I still have a few spots to treat. But once its all cleaned up, the bike will be assembled. 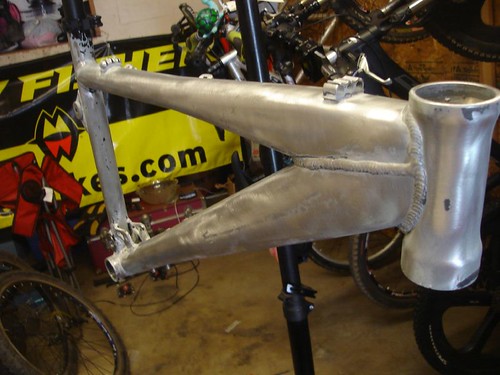 I’m debating if I should paint the frame. If so I wanted either a flat military green, baby blue, pink or a gun metal gray…what do you think?

By the way, I ended taking off 1 whole pound of paint from the frame. Now it weighs 3.5lbs.