In almost every professional sport out there you have companies willing to pay big bucks to get their name or brand on an athlete, car, stadium and stuff.

In cycling its the same thing. You may have remembered the Discovery Channel Team along with other brand names out there that even include Evomo, Giant, and KHS. But hereﾃ｢竄ｬ邃｢s my beef with these sponsorships.

I think companies need to make their sponsorship money last. So instead of sponsoring skinny, fast riders that wear a size XS for a jersey, why not sponsor slower, fatter guys. Seriously think about it. If you have a a fast, skinny guy what are the chances of people actually reading your logo if theyﾃ｢竄ｬ邃｢re riding so fast!

Now if you have chubba-bubba wearing your jersey and is some what slow, when people see him theyﾃ｢竄ｬ邃｢ll be able to actually read the logos on the jerseyﾃ｢竄ｬﾂｦright. 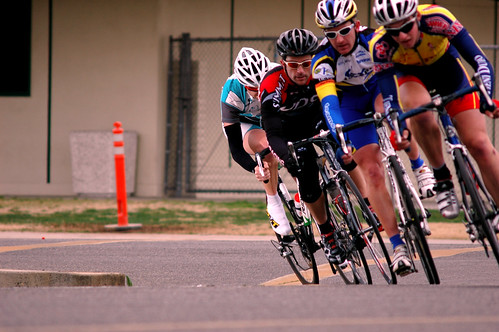 To bring my point home, this picture speaks everything that I am talking about. This dude is helluva huge. Just look at the surface area that he has on his body. That surface area translates into big dollars! You can sell spots on that jersey or shorts depending on which part of the body you think will gain the most attention. So if the first place you looked was his belly, then that should be prime real estate, his crotch and ass areas would be super cheap almost free since no one would really want to look there. See if I was with this company thatﾃ｢竄ｬ邃｢s on his jersey, I would have put the logo directly on this dudeﾃ｢竄ｬ邃｢s gut.

Photo Courtesy of the Swobo Blog.

So if youﾃ｢竄ｬ邃｢re some sort of marketing director at a company and have considered sponsoring athletes, in my opinion it would be in your best interest to sponsor the fatter, slower guy.

HR — Hiking, Not Getting Fired