This Memorial Day Weekend Joe, Priscilla, our friend Christine and I did some riding at a couple places. Our first destination was Fontucky to ride the world famous Southridge XC course. What’s great about Fontucky is that this place has a XC course, DH course and a 4X section. Nationals are held here every year and some of the biggest names in the business show up. 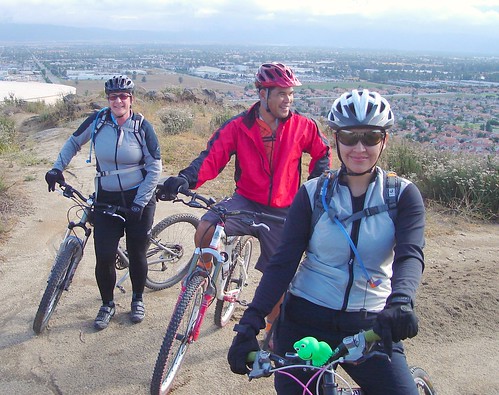 Anyhow, Priscilla has been itching to do some races and the last time we were at Fontucky she didn’t like the trail. But since then they’ve carved out some new sections that eliminated the parts that she didn’t like. This trail is pretty fun, but can be brutal…especially if you’re on a single speed. Joe and I macho’d up and both rode our SS rigs.

I’m not going to lie, Joe and I walked up some of the toughest parts of the trails…no shame in that. At the end of the 7 mile course, we played on the 4x track. It’s pretty similar to a BMX track and you have to do allot of pumping much like a pump track…and it comes with some sweet berms!

I love stuff like this so I made a few passes on the track. I’m sure I was going way slower than what some 4x racers ride this thing through, but it was really fun! 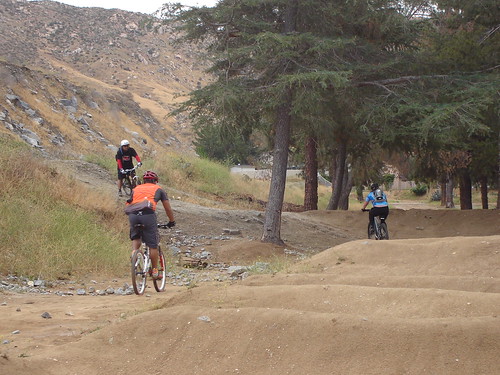 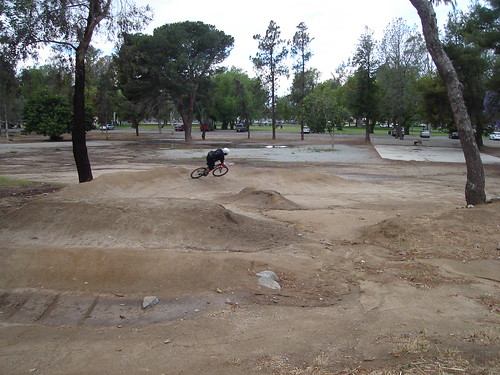 I made a little video of our adventures at Fontucky…enjoy!

Then on Monday, the three of us decided to meet up at El Moro, its basically the Crystal Cove State Park in Newport Beach. But as we drove down there, dark clouds were hovering the area. As soon as we got there Joe, who had arrived earlier and was waiting for us, said that the trail was closed due to some rain that occurred last night and early this morning. 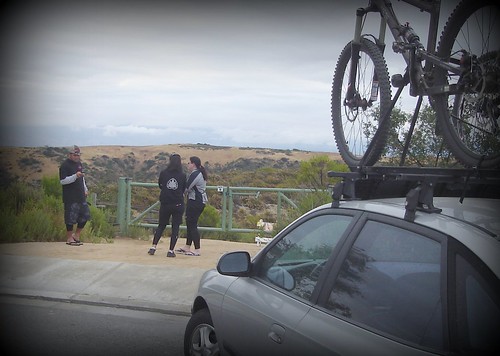 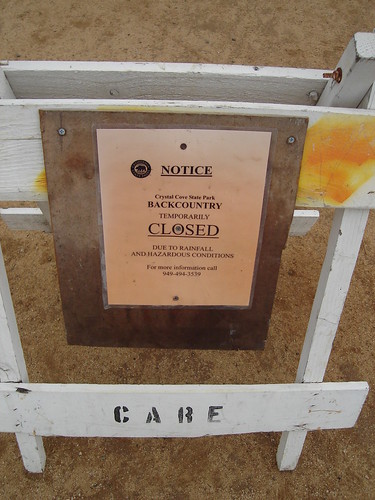 We were all pretty bummed out, so Joe led our caravan down to Santiago Oaks in Orange/Anaheim Hills. 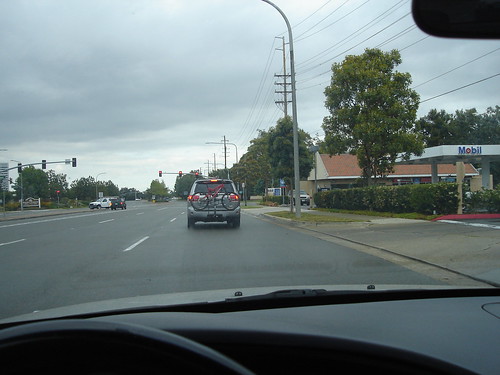 Once we got there, we geared up and about a mile into the ride, we saw a rider who stopped and was obviously staring at something…a big rattler! From what I’m hearing from other riders, these suckers are coming out all over SoCal to get some warm spring sun… 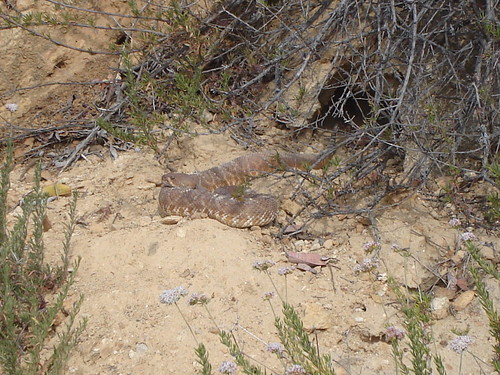 Pretty eh…this is the view we were treated with. 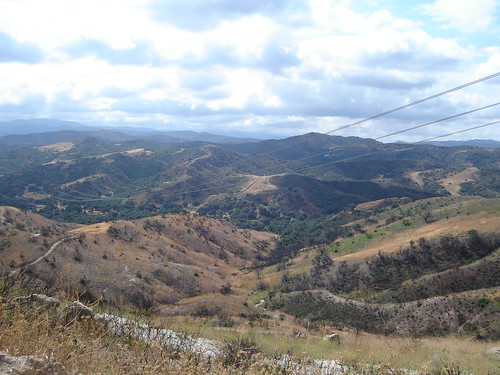 Here’s a shot of the girls right before we got into some single track. 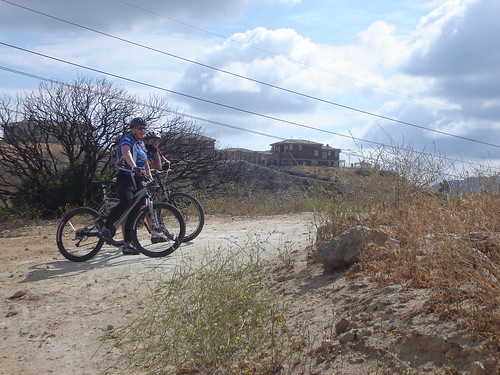 and Joe doing his “queso” pose. 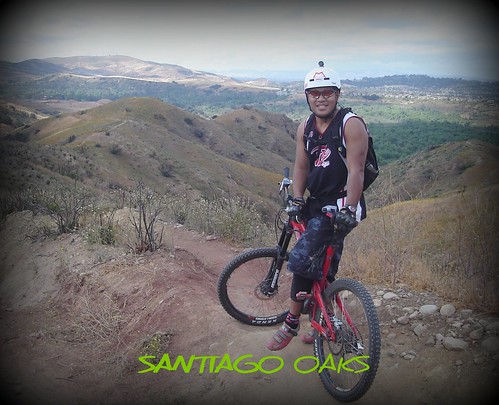 Today I was riding the new test bike that we have at HQ, the KHS XCT 535. The bike is set up as a mix of XC and trail bike, and so that meant climbing was doable and bombing down trails was a must. Santiago Oaks has some really nice, groomed single track with plenty of technical sections that can and will beat you up if you’re not paying attention. The trail varied in terrain, from hard pack, clay, baby heads 1-2 footer drops and chutes. What’s cool was the XCT 535 was able to handle everything that Santiago Oaks had to dish out.

Priscilla got a new haircut, its cute huh? 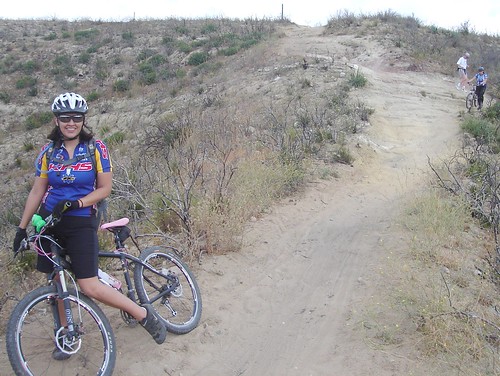 Joe and I broke off from the girls just so we can have some extra fun. It felt like we were flying down some of the trails and it was really cool to ride with Joe because I feel like he and I have the same riding style. So that means we were both speeding through some of the hardest parts of the trail. In the shot below, it was pretty gnarly.

Right before it is some single track that has some exposure on the left side. I came around the corner way too fast and looking at where I had to go, I felt like I ran out of options. I braced myself to go over the bars and luckily I sat way back on the XCT 535, so far that it felt like the rear tire was buzzing my butt! I tried to slow down as I entered this section but any time I tried to, my rear wheels would skid and I’d lose control momentarily. I figured, I’ll feather the brakes, but I was still going too fast for comfort. As I pointed the bike exactly where I needed to go, the bike responded, and the suspension was very forgiving…I made it without eating it! Phew! I was so relieved. 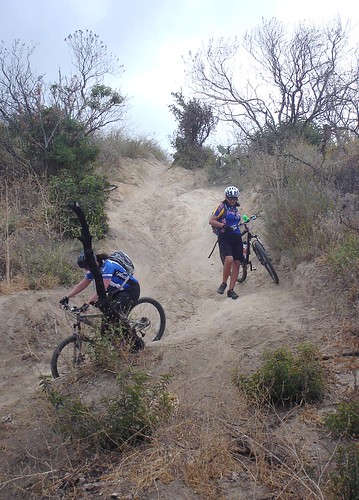 When I finally got down, Joe joined me at the bottom and we waited for the girls to show up. But these two riders appeared and Joe and I were doing some trail side commentary. The first guy started loosing control right at the beginning and slid down sideways with one and sometimes both feet on the ground. But the fella made a great recovery and rode through. The second guy came along and he freaked out and held onto his bars while both legs where on the ground trying to slow himself down. Luckily he was able to make it down without getting hurt. So now it was the girls’ turn. They were smart and walked that portion of the trail. I don’t blame them, that section is pretty scary.

So today this bike was pretty much my guardian angel. The KHS XCT 535 is still being reviewed but after today, I have come to realize that this bike is the shiznitz! In other words, it’s wickedly awesome! 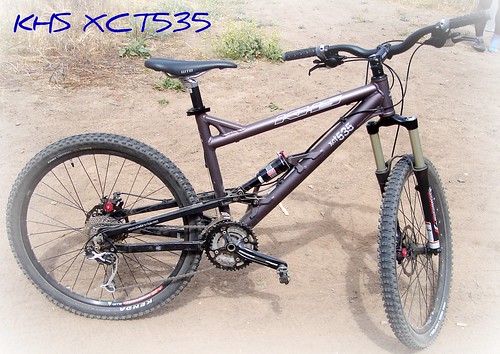