Through out the years of mountain biking in Southern California, I have encountered various wildlife.  I would  like to share my experience with the creatures that I have seen out in the wild.  From the smallest – ticks, to the biggest – California Mule deer.  The most common in So Cal are rabbits as they flourish through out the mountains.  I’ve seen many rattlesnakes up close and the wiley coyote lurking from afar.  I have also run into a coyote several feet from me, but quickly ran off as it was spooked. 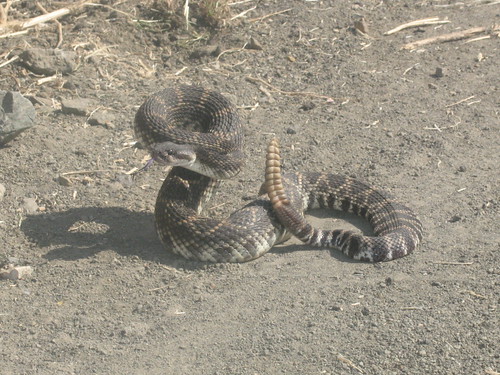 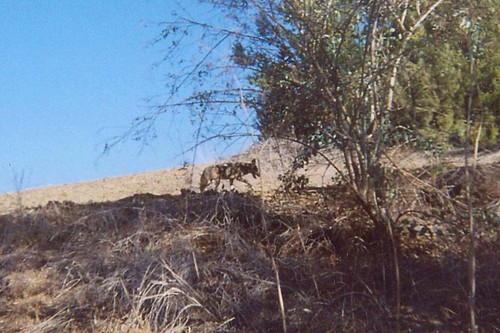 By far in my experience nothing beats the day I ran into a bobcat.  It was sometime in 2000 when I was riding in Chino Hills State Park.  I was riding along on my GT Zaskar, heading east bound on Telegraph Rd. towards the East entrance.  As I turned the corner, I saw a figure move from afar.  This caught my attention!  I slowed down so I can have a better look.  I immediately noticed that it was a cat…but what kind?  As I neared the creature, I realized that it was too small to be mountain lion (what a relief) and definitely too big to be a house cat.  Also, a house cat/domestic animal will not last in the wild.  Getting closer to the animal I noticed that it was a bobcat.  Most wild animals in this size are typically harmless unless you do something to provoke them.  Not wanting to lose the opportunity to capture the moment, I stopped maybe 20-30 feet from it and slowly took off my camelbak, reached for my 35mm compact camera. 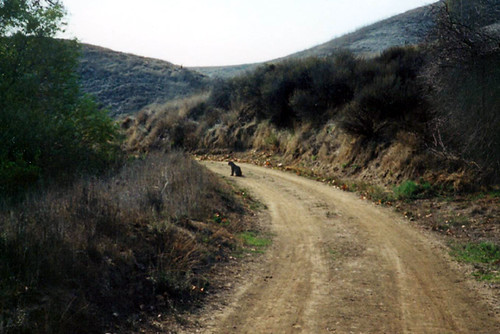 At this point the bobcat had already noticed me as they are very keen in nature.  What was interesting is it was never spooked – it just stayed on the trail.  At times it appeared that it may have had a prey on the side of the fireroad. 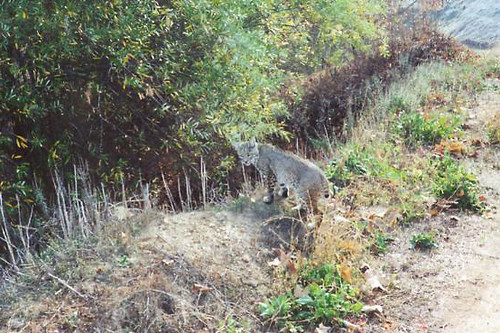 With the camera in hand and straddling the bike, I slowly walked towards the bobcat very cautiously.  I was snapping pictures as I approached it.  The bobcat moved several feet towards the edge of the trail.  I slowed down as I wasn’t sure what its intentions were but it didn’t seem to mind that I was there.  As soon as I passed it, I turned around and continued to take more pictures. 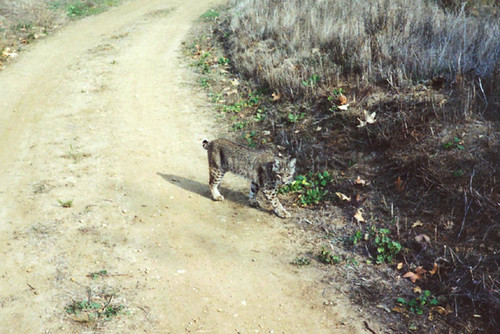 This was extraordinary event as not too many people have had this type of wildlife encounter… not to mention a harmless one.  One day I would like to see a Mtn Lion out on the trail however I want to see it from a distance. 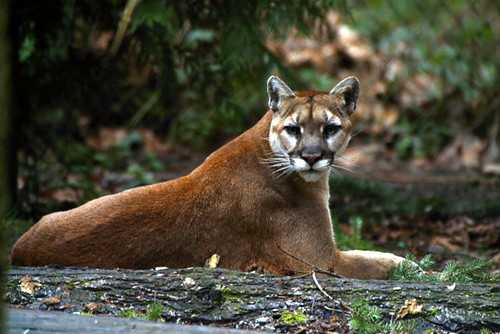