This past weekend was the grand re-opening of Whiting Ranch.  Having been closed since October 2007 due to fires, mountain bikers and hikers were eager to hit the trail for the opening.  I was one of them.  Joined by several friends we hit the dirt anxious to see what was left from the fires and changes to the popular trail.

Off the bat, the most evident was the sand.  There were sand pits throughout the trail.  Not sure if this was part of the restoration process but this was the main obstacle of the park.  From the start and all the way to the base of Mustard (climb), every so often you will have to grind through sand pits. 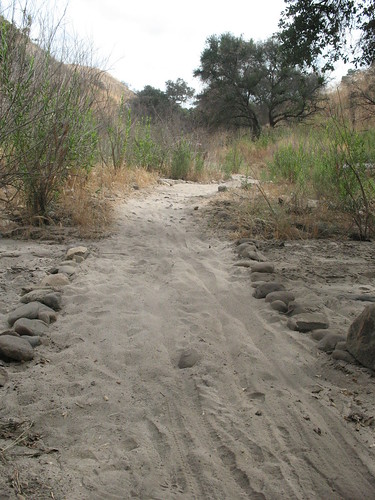 Sections of sand through out the trail. 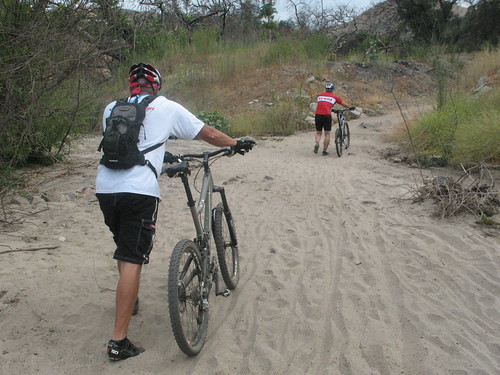 Unable to ride through, many walked their bikes.

The route to the Cattle Pond was also widened into more than a double track.  What was once a sweet singletrack was now groomed and more than less-technical.  The climb to the top of Mustard was smooth and all of the rocky sections were now gone.  When we reached the top (Four Corners), many bikers/hikers were congregated.  Many were either resting from the humidity or sharing past stories of Whiting. 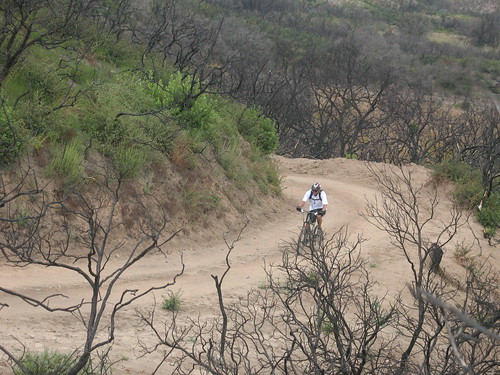 Onto the fun stuff… the entrance to Cactus was also rerouted.  Many sections of the singletrack was sandy.  This made the descent slower than expected.  As we headed into the meat of the trail, we found that majority of it was changed.  There were lots of turns where it was virtually impossible to gain speed. None the less, it was new and exciting.  The last part of the trail was still a blast.  As we rode through the Oak trees, many of the fun sections where still there mixed in with sand pits.

Despite the sand, we finished the trail with smiles for miles.  Whiting Ranch can definitely use rain and in time, the sandy section will become hardpack.