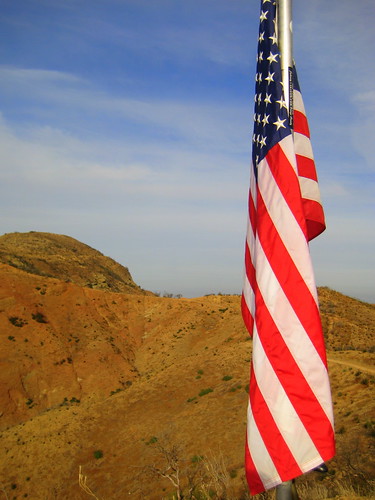 The Luge is finally back open after the fires from 2007. Whiting Ranch, which Joe rode in July the weekend of its Grand Opening, is across the street from the Luge and was also closed for months after the fire as well. I wasn’t able to get out for the initial reopening Luge ride, but a few of us did ride there a couple of weekends later.

The Luge is a great ride if a little short at just under 8 miles. It has a couple of grueling climbs but nothing too long and it ends with a fast singletrack descent from the flagpole. 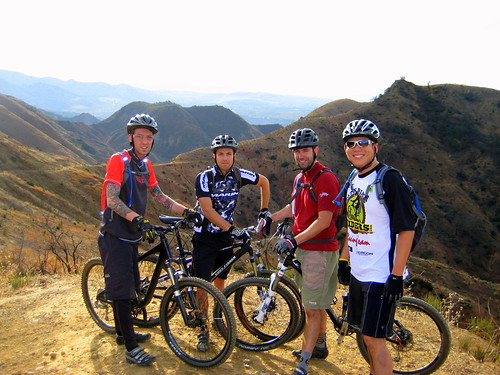 Donnie, Mark, Tim “Scissors” & me. The Luge starts right behind us and descends along the faint singletrack down the mountain.

Donnie, Mark, Tim & I did something we normally don’t do and shuttled to the beginning of Santiago Truck Trail. This shortened our ride even more by allowing us to skip out on some road riding on Modjeska. Not normally a shuttler, I have definitely found the benefits to this type of riding! By the way, just an fyi, we found out afterwards that parking along the street before the dirt entrance is a big no, no. Some cops were giving out bright orange warnings, not tickets.

The Santiago Truck Trail part of the Luge ride is usually a bit on the boring side. It’s basically a fireroad climb to the flagpole which is the beginning of the “Luge” part of the Luge trail. But this time the STT was different. The trail was the same but the surrounding scenery was burnt making for very interesting views. The best part, though, was seeing how new growth was beginning to push its way through the burnt plants.

The weirdest thing was shooting down the Luge. The luge is fast, singletrack shaped in a sort of small “u” shape… hence the “Luge” name. It was weird riding down the Luge because on my previous trip here, the Redline Mono 9 handlebar got caught on a branch and I went OTB. This time though, the fires made sure that there were no branches to reach out and touch my bar. There were very few bushes at all which although a great relief to me, did take away from the Luge a bit. 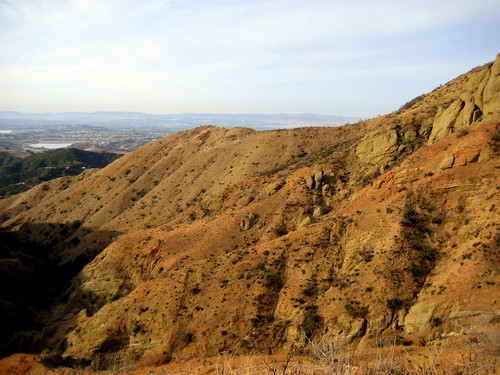 The ride up STT didn’t have much vegetation to look at to begin with, but the fires didn’t help with the view either. I’m not complaining though as it’s definitely good to have the Luge back

Since we were strapped for time, the Luge was all we could schedule in for this morning ride. Next time though, with both Whiting Ranch & the Luge open, I’m definitely voting for a 2-fer.

7 Replies to “Ride Report: The Luge”