The great people at Kona have hired a new Sports Marketing Guy. Hot off the presS:

At sponsored pro freeskier for 10 years, Smiley lived in Whistler, British Columbia for 18 years and cut his teeth nagging and tagging along talented skiers at the local hill. “The nickname Smiley was derogatory at first because I was this new kid at Whistler bugging everyone about where to go,” says Smiley. “It got to the point where people would be like ‘Oh f#@k, here comes that smiley guy – let’s get out of here.’”

During the off-seasons from time in front of the camera, Smiley spent the summers hanging out with numerous riders involved in the freeride mountain biking scene – including freeride pioneer Richie Schley and Derek Westerlund of Freeride Entertainment who plugged Smiley into the world of mountain biking.

Besides years of pimping himself to sponsors and media outlets as a professional athlete, Smiley spent a year as team manager at Sombrio and assisted with team management at Helly-Hansen. He also holds a marketing certificate from the British Columbia Institute of Technology. 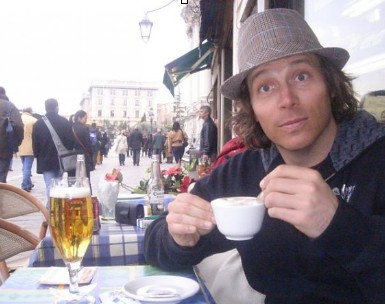 “I wanted to take the knowledge I gained from my ski career and work for a more forward thinking company,” says Smiley. “Kona is there. They were there from the beginning.”

As the new Sports Marketing Guy, Smiley will handle the management of all Kona’s bike teams, while overseeing team contracts and media partnerships. Through these efforts, the goal is to build solid working relationships to accelerate the teams to a new level.

“Through my years of skiing I’ve learned how to value yourself as an athlete and understand the in’s and out’s of being an action sports athlete and their relationships with media and product development,” says Smiley. “To me, Kona’s all about riding bikes and supporting the scene and it’s lifestyle from every angle.”

For any questions, comments and concerns about Kona’s teams or sports marketing contact Smiley at: smiley@konaworld.com or 604-805-5662.

About the Kona Bicycle Company: