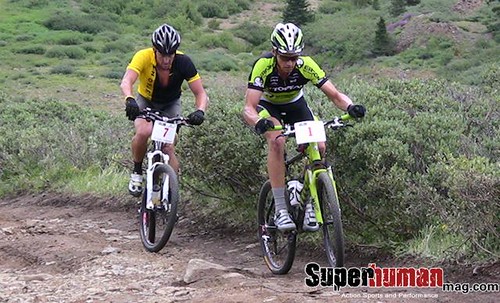 Lance Armstrong on the heels of Dave Weins.

Click on this link where you can see pictures and video of the race.  You’ll see the head to head racing between Armstrong and Weins. Back and forth they battled for the lead.  One climb appeared steep for the two where they dismounted their bikes and walked up the hill.  On the last dirt run, Lance had no more and Dave Weins broke away finishing by two minutes.

Finishing times for the top three were:

Look for Lance Armstrong to return in 2009!

The Bike is Not Your Friend