For my birthday last month, my fiancé bought me a Zion 660 EBB (eccentric bottom bracket) frame from Jenson USA.  At first, I wasn’t quite sure which route I wanted to build the bike – either Rigid SS, SS w/suspension or a 1×9.  Unsure for awhile, I even thought about returning the frame and save the money for something else.  With several bikes already in my stable, do I really need another one?  Uhhh… YES 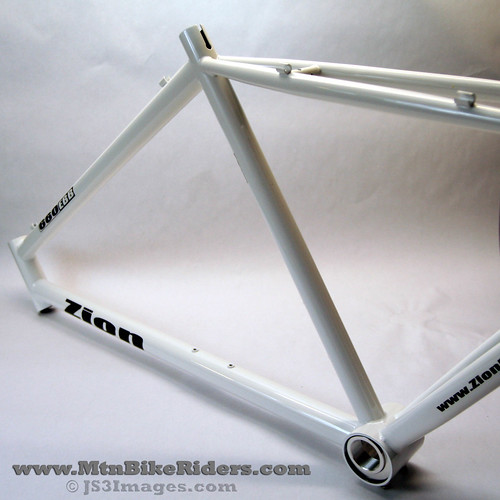 All this recent talk about rigid bikes on our site hasn’t helped.  As a matter of fact I finally decided to go with… a rigid SS build.

I’ve heard both good and bad things about the Zion EBB frame.  However I’ve always been one to take good care of my things, so I don’t foresee having too many problems… at least I hope not.  I am very excited to build this.  The frame is a 4130 double butted chromoloy and comes in at 5.26 lbs.  With many spare parts in my garage, I’m sure I’ll be able to have this completed sooner than later.  It probably won’t be the lightest off the bat, but I’ll be able to ride it a lot sooner.  I’ll make changes along the way or as appropriate. 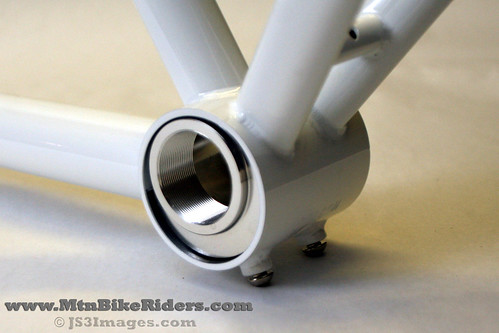 First on the build in the Axis SL headset from WOOdman components.  Following RL’s instructional video on “how to install a headset”, the build in under way. 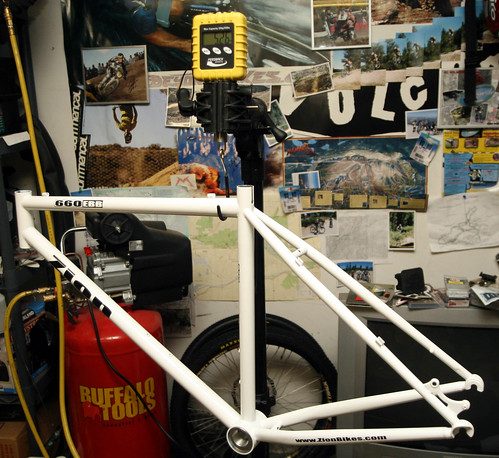 Waiting in the wings are Race Face ISIS BB and Deus crankset.  I also have a Sun Ringle Singletrack wheelset, laced to XT hubs ready to assemble with new Maxxis Larsen TTs (also received for my bday from MtnBikeRiders.com).

I’ll be posting updates regularly on the build so stay tuned.