Editorial-RL Policar. Before you read this race report from The Hammer. Let me give you a brief summary of what happened to the Hammer just days prior to the race. One morning, he went to go get their new born, Lil’ Hammer, and as he bent down over the crib to reach the baby, his back went out! The next few days The Hammer was bed ridden with radiating pain from his back. He couldn’t even go back to work due to the severity of the pain. I had emailed him to ask him if he was doing ok and to tell him that he should get some much needed rest. I assumed Mark was not going to race because of his injury. But on race day, I was talking to someone and when I turned around, Mark was right there, all suited up and ready to rock! Not sure if the Hammer was just being stubborn, or he’s really dedicated…either way we were stoked to see him race and considering his messed up back, he did pretty well.

Sunday Nov 7th, we headed out to Mt Sac for the second of thee races in the So Cal Triple Crown Series. Stop one was at Bonelli park, where it was raining and wet. Stop two had perfect weather, and sunny skies. After a quick registration, and leg marking, I hit the course with my friend Justin V, to see if anything had changed since last year. About 1/4 in to the route, we noticed they added a new section of singletrack cut into the side of the hill, with a super loose decent down the other side. With not much time till the start, we headed back to get ready. 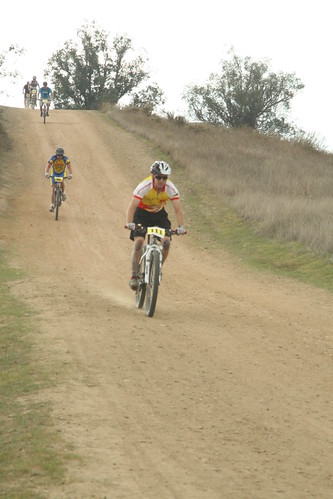 After the pros and experts took off, we staged for our start. When the horn sounded, it was a mass of guys charging for the first climb. Once we hit the singletrack, it was no passing for a while. Toward the end of the first lap, I wasn’t feeling too good, I thought about throwing in the towel, but decided to just back off a little and try to finish. Second lap I was just trying not to get dropped too bad, toward the end of lap three I pushed hard to see if I could pick up at least one position before the finish. 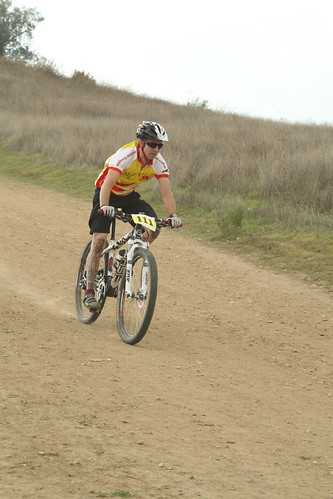 I end up closing in on two riders in my class and making the passes before the finish. Once the results were in I placed 6th out of 11 in my class. Mt Sac is always a great event. I’m glad I was able to make it out, and race with the team. Next stop Fontana!