Lady P recently asked me if she could get a new bike. Being a kind and generous man that I am I said, “Sure babe, anything you want!” So I’ve started selling my blood, doing paid-volunteering for science experiments in order for me to save up enough cashola to get her a new ride. But one thing that I thought about, her current bike actually has some really decent parts and in fact most of it is less than a year old. 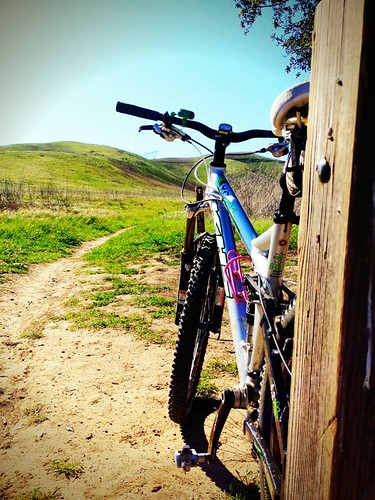 So I figured I’d purchase a new frame and do a transplant of parts from one bike to another. I later contacted one of my friends who happen to work at a LBS and asked him what he had available that would fit in my budget. Here’s Lady P’s choices:

I did some Scooby Dooing and found that the geometry between her old KHS XC604 and both models of the Santa Cruz are very similar, so that means that a picking a Medium should go over just fine for her. I figured I’d have to make some changes here and there to accommodate her personal preferences. But for the most part, the saving up money is almost done and we’re hoping to get her new frame in a few weeks!