So RL and I were talking the other day when he tells me a little story. He tells of how he was just riding along with the lovely Lady P when they see a fellow mountainbiker suddenly eject himself from his bike. This poor soul decided to do a little helmet testing right there on the trail. RL being the stand-up man of action he is immediately renders aid. He calls for a helicopter, clears an LZ, stabilizes the victim by placing him in full c-spine, establishes a large bore IV, advises the trauma center of their in-bound patient, and tunes up the guy’s bike so it will be ready for him upon discharge from the hospital. He then asks me, “Albacore, not everyone who reads this site would be able to jump into action without hesitation like I did. They may be scared or unsure of what to do when someone rattles their noggin. Would you mind putting together a little something so our fine readers may be able to help a downed rider like I did?” “Of course!” I replied.

Firstly, if you or someone you’re riding with takes a spill, remain calm. Once you start spinning you make a manageable situation spiral out of control. If said unlucky rider bumps their melon, don’t wail like a banshee as you jump and down. You remain calm then you keep them calm and still. If you are unsure if you can manage the situation then get help. Call 911 or flag someone down. Don’t move him unless there is an immediate need to do so. Establish his mental status. Yes, I know, he was nutjob before he got hurt. But find out if he is kookier than usual. Ask simple questions he is sure to know. What is your name? How old are you? Do you know where you are? What hurts? If he can not answer any of those questions readily of if he repeats the same questions or statements over and over, annoyingly so, that is a sign of a more serious injury. If he has pain to his neck or back keep him still. Do not move him unnecessarily. Again, no screaming and dancing at the sight of blood. Lacerations to the scalp bleed moreso than cuts to your legs or arms. Apply pressure to control any serious bleeding but don’t freak out. It is the bleeding within the skull, that you can’t see, that will kill you; not the superficial cactus needles you wear on your forehead from Aliso. Look at their helmet to clue you in where his injuries may be. Scratches, dents, and cracks will say a lot about what part of his head suffered an impact and how hard.

People often say, “He hit his head so I made sure to keep him awake.” Big deal. Again, if he is tired after an OTB smackdown it doesn’t matter. He was riding his bike, he should be tired. It is when he unresponsive upon crashing that is a concern. If he crashed hard enough to knock himself out don’t yell and shake to wake him up. Instead, keep him still and in a position that will keep his airway open and allow him breathe. If possible, while supporting the head, roll him to his back while keeping his head inline with his spine. Watch that he doesn’t vomit while unconscious. If he starts to throw up gently roll him to his side while still keeping his head in line with his spine. Your concern should be keeping his airway open until help arrives. If he is awake but feels nauseated watch that he doesn’t lose consciousness. Keep him still and calm. Again, he may have bits of brain and lint and dust rollin around up there. You don’t want him to suddenly decide to HTFU and walk or ride himself out only to DFO (pass out), fall, and now add to his injuries. Support him so if he loses consciousness you can gently lower him to the ground.

You are not going to fix Joe Lawndart on the trail if he has a serious head injury. The trauma docs at the hospital will do that. You want to minimize any injuries and keep him stable until help arrives or you determine his injury is not that serious and you can carry on. If in doubt, get help, call 911, find a ranger, flag down another rider to get someone to help. I often get asked about ridiculous calls we go on. I say we respond whenever someone calls 911. It may not be something I consider an emergency but to that person who called it is. Do not be afraid to ask for help or call 911. Head injuries can be troublesome because so much can be going on inside that you can’t see. Remain calm, keep him still and breathing. Next time I’ll discuss simpler topics like broken bones and gaping wounds. 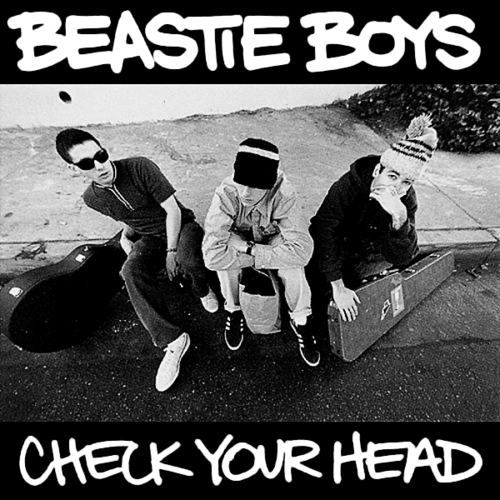 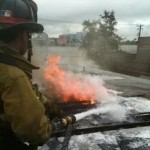 World Premier of Pinned the DVD

The Coolest Iowan I’ve ever met.

4 thoughts on “Check Your Head”